GOBankingRate’s Money Confidential series empowers readers through financial transparency. We believe that money shouldn’t be a taboo subject. So you ordered take out for the third night in a row. Maybe you had to defer your student loans. You’re not alone!

That’s why we talk to real people from around the world to get a sneak peek into their spending habits, money regrets and more. By talking openly and honestly about money, our hope is that you’ll stop feeling isolated — and start feeling empowered.

I’m a 28-year-old executive assistant in Los Angeles’ entertainment industry. I have a wonderful wife and two cats at home. I love coffee, board games, professional wrestling and creating signature cocktails for my friends.

My spending was really light this day. I filled up on gas, which cost me $43.68. I have a fairly long commute — usually anywhere from 45 minutes to an hour and a half — so I, unfortunately, have to fill up pretty regularly.

Later, I spent $8.76 on lunch at a nearby spot. I know I should probably bring my lunch, but I usually just stop at a cafe or Starbucks or something. I try to eat healthy for the most part though.

Today, I brought my lunch to work. I make it a goal to do at least one day a week where I don’t eat out, but it varies week to week as to which day it is. I didn’t have any bills due, so I had zero transactions. It honestly wasn’t that exciting! Just a normal day at work and then home on the couch with my wife and cats.

I transferred $75 to my personal savings and $75 to our joint savings, today. I know that a married couple having separate finances — or in our case, partially separate — is unusual to some people, but it is normal for us. We had been together for over a decade before getting married and had lived together for several years, so it is just what we were used to. That said, we are planning on getting a joint debit or credit card to make our shared expenses easier to pay and keep track of.

I also put $250 toward a credit card payment. That’s well past the minimum balance due, but I try to pay it off as soon as I can to avoid interest. The credit card debt mostly stems from a vacation we took a month ago to Chicago and New York City. We went to a friend’s graduation and then just turned it into a full-on vacation, going to Second City, FAO Schwartz, “The Lion King” on Broadway — basically all these iconic Chicago and New York City things. I actually got a travel credit card with 0% interest for 12 months specifically for this trip.

I reloaded my Starbucks gold card with $15 in the afternoon. You have to have a balance on the card in order to use it, so you have to keep reloading it. But you get stars that add up to a free beverage, plus other deals and free birthday drinks. I would get coffee there anyway, so to me it makes sense to maintain the gold card. I also got lunch today for $14.17.

Find Out: How to Save Money on All Your Monthly Expenses and Bills

Even though I just made a credit card payment yesterday, I made another today to a different card for $406.32. I have three credit cards altogether and try to pay them each off as soon as I can. I do manual payments, not automated, because I find that it helps me keep better track of how much I owe and how much I’m paying.

Also, $82.43 came out of my account for our quarterly wine membership. You get two bottles and they’re really, really good! My wife and I both love drinking a little wine on the weekends and watching something on TV. I mean, you have to pair “Game of Thrones” with wine, right? That’s a rule.

The best part of my day, though, was going to see “Avengers: Endgame” with my wife and our friends. We paid for the tickets probably a month in advance, so they were already paid for by the time we went. The movie was at 10:30 p.m., and I’m already tired thinking about work in the morning.

The first thing I did today technically was Venmo my friend for the movie theater parking. I paid $8.50 to him at 2 a.m. before going to bed. When I woke up just a little later in the morning, as I predicted, I was incredibly tired. My wife texted me during the day that she was completely dead, too.

My rent was due today. My half was $662.09. It’s usually a little over $700, but my wife owed me for an expense earlier in the month, so we just took it out of my rent payment. L.A. prices are pretty crazy, because that’s just for a one bedroom. That said, our landlord has been nice enough to not raise our rent a ton over the years. That kind of generosity is pretty rare here.

We celebrated our friend’s birthday in the evening. That was fun. We just went over to his place and played a board game called Settlers of Catan, ate and drank a little. That game is notorious in our friend group. We actually pass around a wrestling belt to the winner and the person gets ultimate bragging rights. This time around, my title was stolen from me, but I’m determined to reclaim what is rightfully mine! The birthday boy and his girlfriend are the main people we hang out with, and it’s pretty convenient because we live so close to each other. So, usually on weekends, you can find us over at their place or them at ours. The really nice thing is it’s so low-key that we usually don’t end up spending much, if at all.

We needed groceries, so I stopped by Ralphs and spent $92.90 on food for the upcoming week. We mostly stick to Ralphs because it is on the cheaper side, but when we want something specific — usually some kind of snack we like — we go to Trader Joe’s.

Then, we went over to my wife’s family’s house because it was her brother’s birthday. Our joint gift to him was a bottle of whiskey, but that didn’t cost us anything because my wife had a BevMo giftcard. She got him a separate gift, too, but that came out of her account. My wife’s family purchased pizza, so it was a free meal — the best kind!

I usually don’t spend money on people I work with. It’s really only on special occasions — Christmas, birthdays, etc. — and usually only on my bosses. That was the case today because my boss is leaving our company, so I wanted to get him a going-away gift. I picked him up a $42.99 bottle of Tequila — a brand I like personally. I’m hoping he likes it, too.

I spent $44.09 on groceries while I was out because we were having two friends over to watch “Game of Thrones.” They’re another couple we like hanging out with but we tend to vary up what we do — sometimes we go out and sometimes we host a get-together. Since we were hosting, we needed a nice spread of snacks.

I guess $20,000 isn’t bad when you consider most people my age have student loans, auto loans and credit card debt combined. Still, I wish I had more in savings to boost that number higher.

What’s Next: After doing the week-long spending tracker, I am more aware of money coming in vs. spending out. This week, it just ended up that I spent money on lunches and not on dinners, but sometimes I end up buying dinners, and those tend to be more expensive at the end of the week. I’m going to aim to go a full week without purchasing takeout after this. I think that doing one week a month where I don’t eat out would make a big difference in the amount I could put toward my savings goals.

Keep reading to learn more effective ways to trick yourself into saving money. 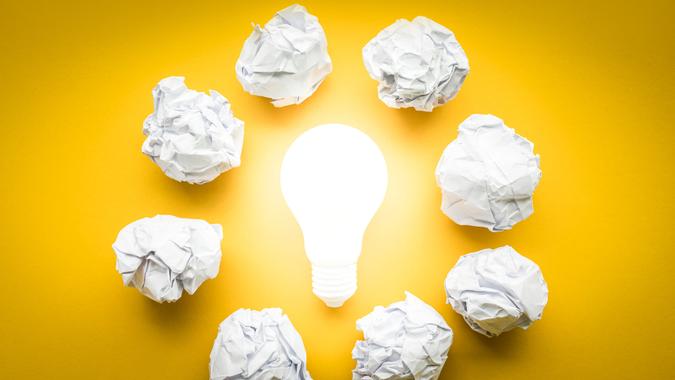 16 Genius Money Lessons From ‘The Game of Life’

The classic board game can teach you how to succeed financially.