If you want to visit every single Disney park around the world, it’ll take more than just a deep love of all things Disney. There are 12 Disney theme parks and two Disney water parks spread out over four different countries and spanning three continents and two islands.

To help you plan — or at least wish upon a star — for such a dream trip, GOBankingRates looked into how much it would cost to visit one park per day during peak admission season for one person age 10 and up. Check out the dazzling Disney places that just might be within your reach.

Disney park tickets come in various forms — from multi-day discount packages, to tickets that let you hop from park to park, to single park tickets — and their total cost varies depending on the season.

For the purposes of this study, GOBankingRates looked at single park ticket prices, figuring you’ll go to one park each day, for the whole day. If you do choose to pay for a Park Hopper ticket, you’ll be able to knock out multiple parks in just one day during your grand tour.

Ticket prices for any Disney park also vary depending on when you go — whether it’s a weekday or weekend, peak season or off-season. Some Disney resorts overseas will refer to peak seasons as Super Magic times, whereas other Disney locations call it peak time. Either way, these are times when park demand — and pricing — is highest. GOBankingRates only factored in the cost of tickets during peak times.

Follow this Mouscapade from Florida to California, through parts of Asia and then on to Europe to find out how much a tour of the entire magical world of Disney would cost.

The classic Disney park experience can be found here in Florida’s Magic Kingdom — from the Big Thunder Mountain Railroad and Space Mountain to the Haunted Mansion and It’s a Small World. Little ones will especially love the interactions they can have with Disney characters like Belle from Beauty and the Beast, who even has her own Enchanted Tales with Belle attraction.

If you want to just visit this park alone, the cost for a one-day park ticket is $125 during peak season. The prices vary by day, so keep an eye on what days better suit your budget.  If you decide to purchase a one-day park ticket with a Park Hopper option, it’s about an additional $60 per ticket, and you can visit the Magic Kingdom, Epcot, Hollywood Studios and the Animal Kingdom all in one day.

Travel the world without ever having to get your passport stamped and effortlessly canvas both past and present without the use of a time machine when you visit Disney’s Epcot park. Favorite attractions here include the high-speed Test Track, the breathtaking Soarin’ ride, and Relaunched! Mission: Space, an authentic NASA-style training simulation ride. If you want to just visit this park alone, the cost for a one-day peak ticket starts at $125, just like the Magic Kingdom — prices vary by day and season. Also keep in mind that this park is included in the Park Hopper option from $185 and up.

Epcot, in particular, is a great park to visit primarily for the array of food options available. In fact, the park hosts an annual Epcot International Food & Wine Festival from late August to mid-November every year.

Fans of “Star Wars,” “Toy Story,” the Muppets and Aerosmith will especially love a visit to this park, which has a number of high-octane, interactive and entertaining attractions. Favorites include the Rock ‘n’ Roller Coaster Starring Aerosmith and Toy Story Midway Mania. “Star Wars” fans are counting down the days until the new land at the park, Galaxy’s Edge, opens at the end of August.

One of the best parts about visiting this park is the entertainment. Character experiences include stars from films that include “Star Wars,” “Toy Story,” “Indiana Jones,” “Beauty and the Beast,” “The Little Mermaid” and “Frozen.”

Although the Animal Kingdom is traditionally known for its animal encounters and experiences, in 2017 it added a brand-new land, Pandora — The World of Avatar, inspired by the box-office hit film, “Avatar.” Disney worked closely with the film’s director, James Cameron, to develop the park, which depicts a part of Pandora that wasn’t shown in the film.

The price structure for entry to this park mirrors that of Epcot, Magic Kingdom and Hollywood Studios, gaining you entry during peak season at $125 for a single-park ticket or $185 and up for a Park Hopper pass.

For the ultimate fun in the sun, a stop to both of Walt Disney World’s water parks is definitely in order. Blizzard Beach and Typhoon Lagoon offer rushing rapids, sandy beaches for sunbathing, lazy rivers, and even whitewater rafting. Both water parks are covered in a single $69 ticket.

Find Out: How Much It Costs to Stay at These 10 Disney World Hotels

The one that started it all, Disneyland Park in California is a must-visit for any true Disnoid (that means Disney fan). Opened in 1955 by Walt Disney himself, Disneyland is made up of nine iconic lands: Main Street, U.S.A.; Tomorrowland; Fantasyland; Mickey’s Toontown; Critter Country; New Orleans Square; Adventureland; and the new Star Wars: Galaxy’s Edge.

Located right next to Disneyland Park, Disney California Adventure has a total of seven lands that bring Disney and Pixar films to life, including Cars Land. Not to be missed is the park’s signature nighttime World of Color light and water show. The park also features unique attractions such as Soarin’ Over California and the new Guardians of the Galaxy: Mission BREAKOUT! ride, the first in the park’s planned expansion to create a new land based on Marvel characters in summer 2020.

If you want to visit just Disney California Adventure during peak times, the ticket cost is $149 per person; otherwise, you can opt for the $199 Park Hopper ticket.

When Shanghai Disneyland opened in June 2016, it was one of the most anticipated Disney park openings in recent history — and Disney’s very first park to open on the Chinese mainland. This park features some familiar favorites you can find at the original Disneyland Park in California or at Walt Disney World in Florida, but it also has some other attractions that many U.S. Disney parks guests have not have experienced yet, like the TRON Lightcycle Power Run and Marvel Universe.

The cost for a one-day ticket during peak season to Shanghai Disneyland is 575 Chinese yuan, or about $84 in U.S. dollars.

Tokyo Disneyland, the first Disney park outside of the U.S., opened in April 1983. The park mirrors the original Disneyland in California — with a few twists. For example, instead of Main Street, U.S.A., you have a World Bazaar, and the park area brings a slice of Americana to Japan with a Disney flair.

Opened in 2001, Tokyo DisneySea was inspired by the ocean, and the park is unique in terms of its attractions and lands. For example, you can ride in a Venetian gondola, hop aboard the DisneySea Transit Steamer Line, and even take a ride on the Nemo and Friends SeaRider. Other lands include Arabian Coast, Mermaid Lagoon and Mysterious Island.

Located on Lantau Island in Hong Kong, this park opened in September 2005 and is only a 30-minute subway ride away from central Hong Kong. Attractions include a Fairy Tale Forest, an Iron Man Experience and the Big Grizzly Mountain Runaway Mine Cars.

Disneyland Paris, which opened in April 1992, is home to five different lands and a variety of attractions, many of which have just recently opened. They include Star Tours: The Adventures Continue, Star Wars Hyperspace Mountain and Welcome to Starport: A Star Wars Encounter.

The cost of a one-day ticket to this park starts at $105 per person. If you also want to visit the other Paris park, Walt Disney Studios Park, you can purchase a Park Hopper ticket to visit both parks in a single day for $129 per person.

Opened in 2002 and dedicated to the art of film, Walt Disney Studios Park in Paris features attractions inspired by movies such as “Armageddon,” “Spider-Man” and “Ratatouille.”

To visit just this park during high-demand time costs $105 per person. A Park Hopper ticket costs $129 per person.

Here’s the admission breakdown of this global Disney trip for one person, during peak times. Food, accommodations, ground transportation costs and flights were not included.

You can get admission to all Disney parks around the world for the following prices:

At $1,378 to visit all the parks, this global Disney trip could go from being “once upon a dream” to reality with the right planning and budgeting. In most cases, it pays to look for package deals that can help you save on costs and give you access to park admission, lodging, food and transportation.

If you really want to save money, it also pays to visit the parks during non-peak times. If you want to maximize your time visiting the parks, Park Hopper tickets might be well worth the investment if you’re visiting a Disney resort with multiple parks and just want to get a taste of each. The more you’ll enjoy seeing that it really is a small world after all.

Click through to see how much it cost to go to Disney World the year you were born.

Erika Giovanetti and Amen Oyiboke contributed to the reporting of this article. 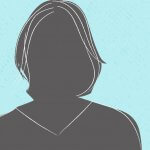 Alice Kingston is a New York City-based writer who specializes in travel, hospitality, food, and general lifestyle coverage. With more than a decades's worth of experience, her work has appeared in numerous travel publications. Best Travel Tips Only Retirees Get to Use

Twenty tips on how to fill your retirement with lots of cheap travel.