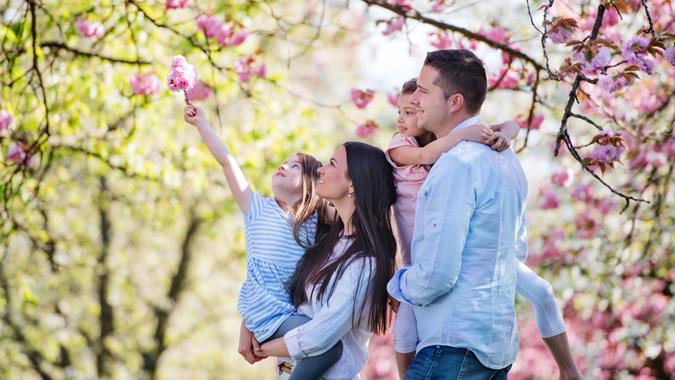 See: Target, Amazon and 4 More Retailers That Will Reward You for Turning In Your Old Stuff
Find: 9 Bills You Should Never Put on Autopay

Some policy experts support not only expanding the federal child tax credit program but also seeing more states create and improve their own programs. Nine states have already enacted and funded some form of the credit, according to the Center on Budget and Policy Priorities (CBPP). These states are California, Colorado, Idaho, Maine, Maryland, Massachusetts, New Mexico, New York and Oklahoma.

One advocate of increased state adoption of CTC programs is Samantha Waxman, a senior policy analyst with the CBPP. In a recent column, she pointed to research showing that the monthly CTC payments provided through the American Rescue Plan “sharply reduced” monthly child poverty and helped families afford food, utilities, clothing, rent and costs related to education.

The CBPP estimated that the 2021 federal CTC expansion helped lift more than 4 million children above the federal poverty line.

“These credits are crucial for making meaningful progress in addressing poverty and long-standing racial disparities,” Waxman wrote. “Research suggests that additional income may lead to significant improvements in access to nutritious foods, maternal and infant health, the number of years of education children complete, and reduced stress on families with low incomes.”

Another benefit, she said, is that tax credits such as the CTC help low-income families afford basic necessities, which in turn support local businesses and state economies.

“Unfortunately, a number of states are considering income tax cuts that would mostly benefit wealthy households and profitable corporations,” Waxman wrote. “That won’t help those most affected by the COVID-19 crisis. Enacting costly and permanent tax cuts based on temporary budget surpluses would erode revenue for crucial community assets such as quality K-12 schools, affordable health care, and functional infrastructure while further widening racial and economic inequities.”

A better policy, Waxman said, is for state lawmakers across the U.S. to create, improve or expand CTCs and other tax credits to help ensure a more equitable distribution of government assets.

POLL: Do You Think States Should Suspend Their Gas Taxes?
Discover: Enhanced Child Tax Credit Will Revert to Original $2,000 for 2022

“The costs of enacting or improving existing credits are typically small enough that states may be able to absorb them without raising additional revenue,” Waxman wrote. “If they must raise modest additional resources, states can choose from a range of sensible ways to do so. Either way, the substantial long-term benefits of child tax credits for families, communities, and local economies are worthwhile.”