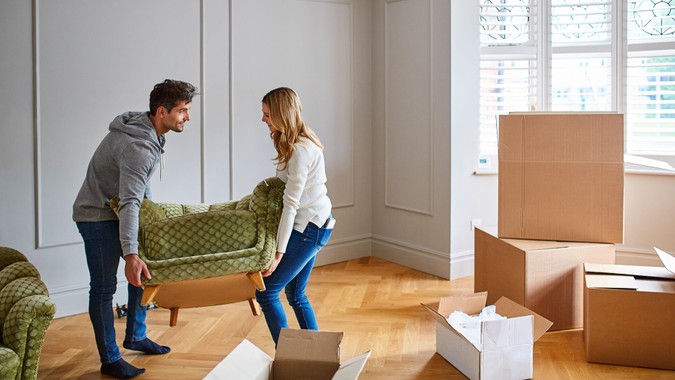 Moving can be expensive, especially if you’re forced to move for a new job. Prior to tax year 2018, the IRS granted a deduction for certain types of moving expenses associated with a change of address. However, that deduction vanished thanks to provisions in the Tax Cuts and Jobs Act, passed in December 2017. Now, any moving expenses that aren’t reimbursed by your employer are your own personal responsibility, with no deduction allowed. The only exception is if you are a member of the military and are required to move.

See: These Cities Have the Most People Moving In During the Pandemic

As the law currently stands, the moving expenses deduction will be suspended for the duration of the TCJA, which is being enforced from 2018 through 2025. This applies to state tax deductions as well, which are modeled on federal legislation. However, legislation is often overturned or rescinded, or in this case, slated to expire for tax year 2026, so it can be helpful to understand the prior provisions.

Up until tax year 2018, you could deduct all of your qualifying moving expenses if you passed two tests, one for distance and one for time. Here’s how the distance and time tests worked:

Related: 15 Best Money Habits To Have When Renting an Apartment

Military members meeting these requirements can still fill out and claim a deduction using Form 3903. Bear in mind, however, that any moving expenses reimbursed by your employer might appear as taxable income on your W-2. In this case, you might want to adjust your withholding tax so you aren’t hit with an unexpected tax bill at year-end.