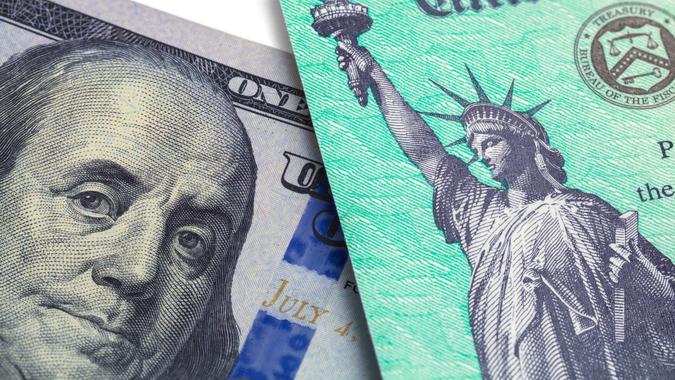 On May 9, The Wall Street Journal reported that the IRS made $3.3 billion in interest payments last year to taxpayers who had to wait for delayed refunds. When it’s late in refunding income tax overpayments, the IRS compensates for its tardiness with an interest rate of 4.4%.

That was last year.

Social Security Schedule: When June 2022 Benefits Will Be Sent
Social Security: You Could Lose Your Benefits If You Didn’t Report Your Marriage to the SSA

This year, the IRS has issued more than 600 million refunds, adding up to $1.1 trillion. Even so, some people are still waiting for their checks. Some refunds are delayed beyond the standard 21 days because the filer already owes the IRS money. Other filers have to wait because they made mistakes or submitted incomplete refunds. In other cases, it’s not the filer’s fault, at all. The IRS has long been an underfunded and overburdened agency and the pandemic only added to the pressure — and the delays.

Regardless of the reason, a new survey from GOBankingRates reveals a huge disconnect between the amounts that filers expect to get back from the 2021 tax season and the refunds that people have actually been receiving.

In Terms of Expectations, Even the Optimists Are Aiming Low

About 18% of respondents to a GOBankingRates survey said they expect to receive a tax refund of at least $1,500, but is that realistic? In terms of averages, you bet it is.

The most recent IRS data shows that the average refund for tax season 2021 is $3,304. That’s $350 more than last year’s average return of $2,954. It’s also well over double the $1,500 minimum that so many survey respondents expect to receive — but a far greater percentage don’t expect to get even that much back from the IRS this year.

People Have Been Lowballing 2021’s Inflated Refunds All Along

In March, just as tax season was winding down, a different GOBankingRates survey with a different methodology found that 56% of people expected refunds of at least $1,000, well below the refund that the average person actually went on to receive.

But nothing about tax year 2021 qualifies as average, so people can be forgiven for missing the bullseye by a little.

First of all, the stimulus checks that the government paid to most Americans didn’t count as taxable income. Also, the American Rescue Plan expanded the fully refundable earned income tax credit to include millions of young and childless low-income workers. On top of that, millions more people qualified for the child tax credit, which was increased from $2,000 to $3,600. For many people, the government paid half the credit in advance, and the other half was fully refundable.

All of that beefed up refunds just as the credits and payments had beefed up monthly income throughout the year.

The gig economy is also probably part of the reason that less than 20% of the study’s respondents expect a minimum refund that’s still less than half of the real-life average.

Employers withhold taxes for the IRS on behalf of their workers directly from their paychecks. Side hustlers, freelancers and other self-employed people, on the other hand, are responsible for making their own income tax payments.

The gig economy experienced year-over-year growth of 33% in 2020, according to Forbes — the publication remarked that gig work was becoming the new working-class norm. The trend continued in 2021, with Pew Research Center data showing that 16% of the country have earned money from online gig work.

These millions of newly indoctrinated gig workers are still learning to keep track of their earnings and make estimated quarterly tax payments as the IRS requires. The self-employed are much less likely to overpay their estimated taxes than employers are to withhold too much money from their workers’ paychecks.

Therefore, they’re less likely to get refunds or — if they also work a regular job — to have their refunds reduced.

It’s likely that many of the study’s respondents were gig workers who factored that into their responses.

You should get your refund within 21 days even if you filed late. If you’re still waiting, don’t panic — you’re hardly alone. Far more taxpayers have experienced refund delays from tax years 2020 and 2021 than in previous years.

The result has been a 71% increase in the use of the IRS’ Where’s My Refund tool — 1.4 billion visits from January to mid-May 2021 alone — according to the Government Accountability Office.

If you’re still waiting, Where’s My Refund at IRS.gov should be your first stop — the IRS says that’s where you’ll find the most up-to-date information on the status of your check. You’ll need your Social Security number, filing status and exact refund amount to learn your status.

Survey data is from GOBankingRates and CivicScience and is accurate as of June 10, 2022.