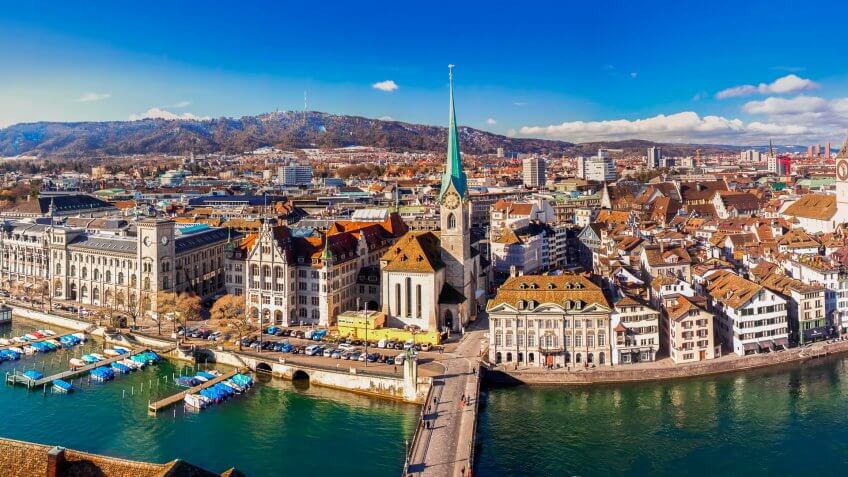 Media reports on the Paradise Papers have subsided, but no one has forgotten the collection of 13.4 million leaked financial files taken from a combination of offshore service providers and company registries, according to the International Consortium of Investigative Journalists. The investigation reveals the offshore interests of wealthy and powerful individuals and examines how multinational corporations use tax shelters to their advantage.

Key to these dealings are offshore tax havens, which are countries or territories where taxes are assessed at a low or nonexistent rate. At least 366 companies in the Fortune 500 operate one or more subsidiaries in tax haven countries, according to a 2017 report by the Institute on Taxation and Economic Policy. Just like major corporations, individuals can take advantage of the financial loopholes foreign countries offer.

Click through to discover 15 places considered to be the best tax havens in the world, and learn about the tax strategies the rich use. 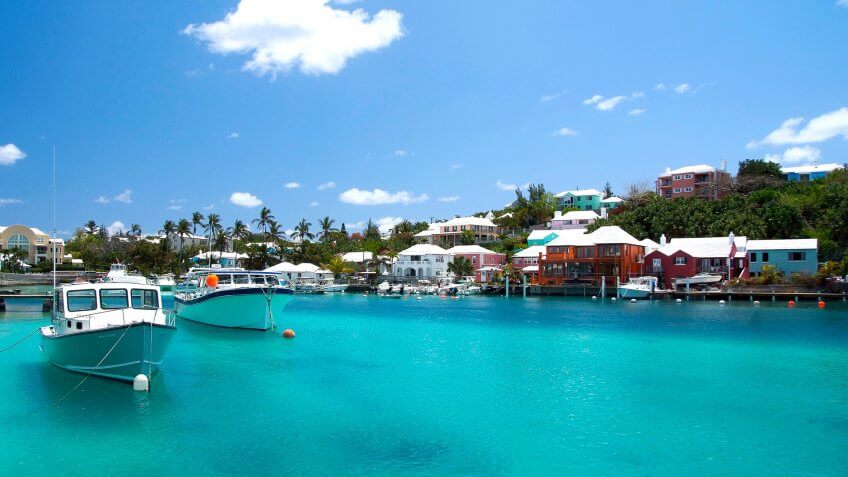 One of the most expensive countries to live in, Bermuda features a 0 percent corporate tax rate, as well as no personal income tax, according to PricewaterhouseCoopers’ and Deloitte’s worldwide tax guides. Due to the lack of corporate taxes, U.S. multinational companies have raked in huge amounts of money in Bermuda, notably recording profits of $104 billion in 2012, found the ITEP report.

One company that used the country’s zero corporate tax rate to boost profits is Nike. The Paradise Papers reveal that from 2005 to 2014, Nike shifted large sums of money to Bermuda by opening a subsidiary called Nike International Ltd.

The subsidiary did not appear to have a local office or employees, but “it charged large trademark loyalty fees to Nike’s European headquarters,” reports The Guardian. So, the company was able to move profits from Europe to Nike International Ltd in Bermuda, according to the report. 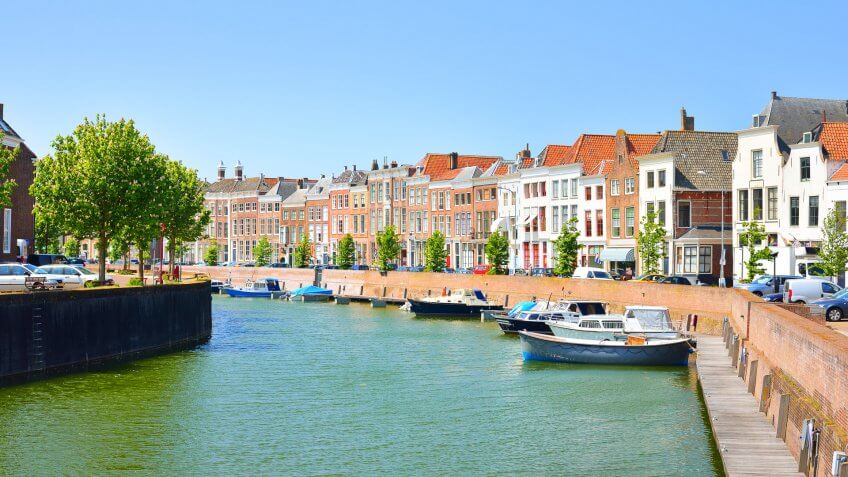 The most popular tax haven among the Fortune 500 is the Netherlands — also one of the cheapest countries for healthcare — with more than half of these companies reporting at least one subsidiary there in 2016, according to the ITEP report.

National governments often use tax incentives to lure businesses to invest in their country. However, tax incentives have often been found to be ineffective, inefficient and costly, according to a 2016 Oxfam policy paper that identified the top corporate tax havens. In the Netherlands, one such tax incentive cost an estimated 1.2 billion euros in 2016. That is equivalent to 7.6 percent of what the Netherlands receives in total income from corporation tax, as of December 2016.

Nike also used the Netherlands’ tax policies to its advantage, according to the Paradise Papers. In 2014, Nike moved its intellectual property to Nike Innovate CV, a Dutch subsidiary, reports CBC News. The Netherlands’ CV designation — which stands for “commanditaire vennootschap” or limited partnership — can potentially allow a company to avoid paying Dutch taxes, according to the media outlet. 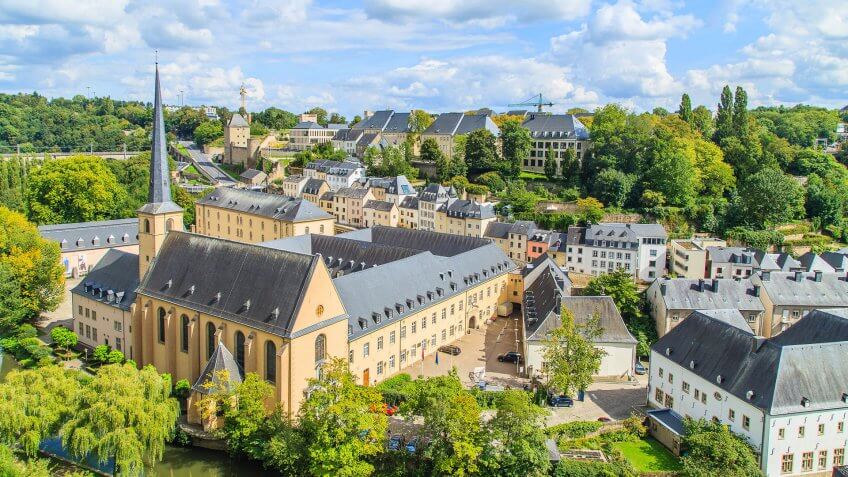 Like the Netherlands, Luxembourg is one of the three countries that form the Benelux countries, which also have a reputation for being tax shelters. Luxembourg’s tax-haven status comes from its business-friendly laws that allow international companies to take advantage of tax loopholes. In fact, over 35 percent of all Fortune 500 companies had one or more subsidiaries in Luxembourg in 2016, according to the ITEP report.</p 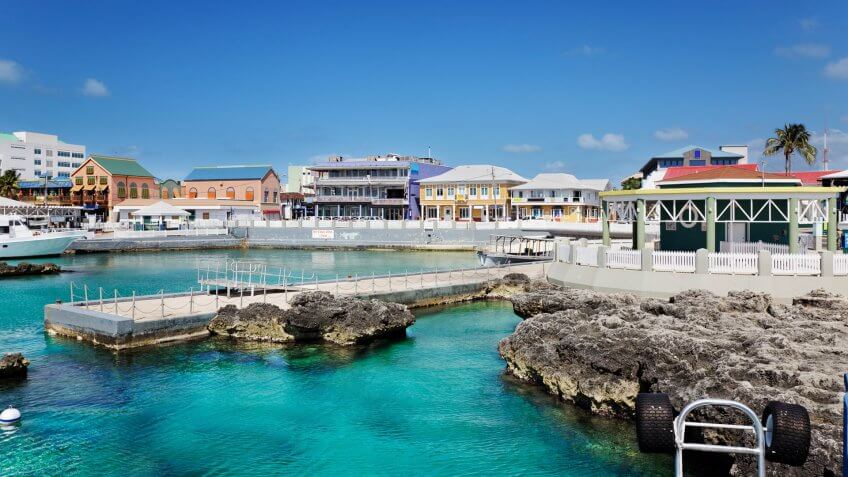 The Cayman Islands offer “probably the biggest [tax] loophole now for individuals as well as the multinational corporations,” said Crystal Stranger, president of 1st Tax Inc. The Cayman Islands come in at No. 2 — behind Bermuda — on Oxfam’s list of the top tax havens.

In 2012, American multinational companies reported $46 billion in profits from subsidiaries based in the Cayman Islands, according to the ITEP report. Meanwhile, the gross domestic product is just $3 billion for the territory.

Compare GDPs: Is Your State Richer Than These Countries? 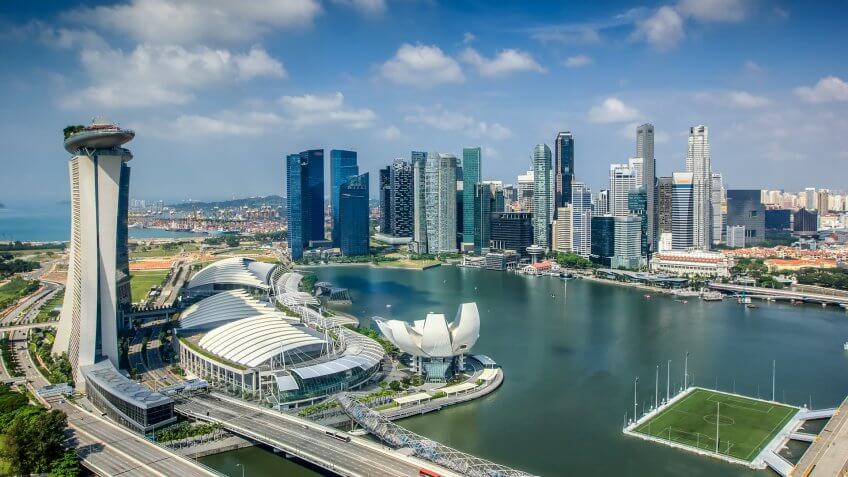 Considered one of the best countries for taxes, Singapore is a hub for multinational corporate subsidiaries. Like the Netherlands and Luxembourg, Singapore actually has “reasonable nominal corporate tax rates,” according to Oxfam.

Yet, like those nations, Singapore still finds a way to be one of the top tax havens in the world. More than 40 percent of Fortune 500 companies had subsidiaries in Singapore in 2016, according to the ITEP report.

Singapore charges a flat corporate tax rate of 17 percent. But according to Oxfam, the country offers tax incentives and also doesn’t withhold taxes. 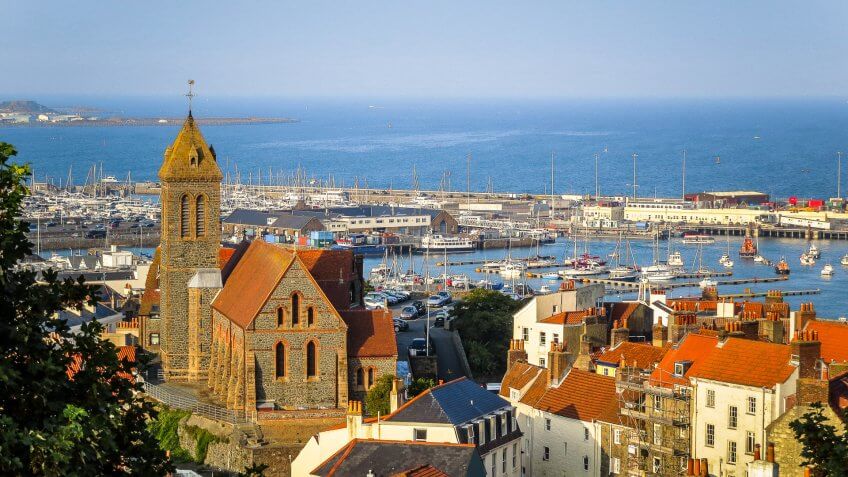 Jersey has no inheritance tax, capital gains tax or standard corporate tax. This has made Jersey a popular tax haven for major companies — including Apple. The Paradise Papers reveal Apple shifted key parts of its business to Jersey to keep its taxation low, reports The Guardian. One of its subsidiaries there is believed to be worth more than $250 billion. 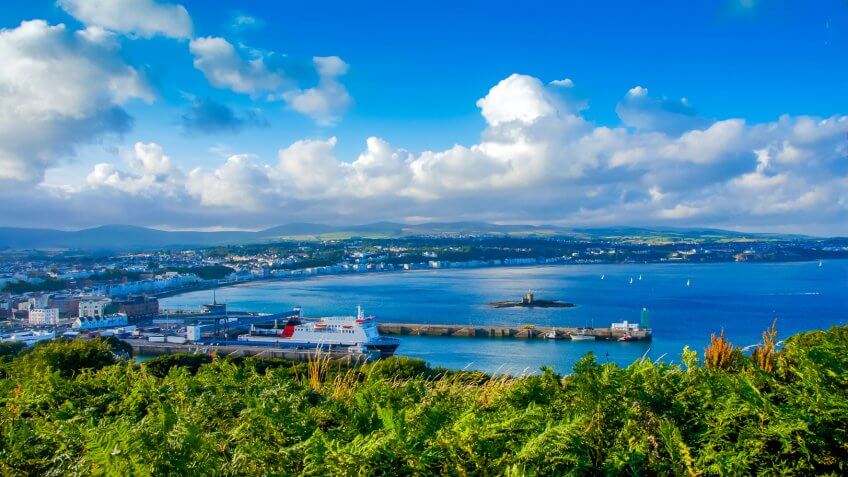 The Isle of Man

The Paradise Papers reveal the Isle of Man government approved tax avoidance schemes that have refunded over $1 billion to the super-rich on luxury plane imports, reports The Guardian. According to the report, private jet owners were able to claim 100 percent VAT refunds, claiming the planes were part of “leasing businesses.” But, the papers say millionaires were actually leasing their own aircraft from themselves.

In addition to tax benefits — like a zero percent standard rate of corporate income tax — the Isle of Man has also been known to offer great benefits for pensions. “Many international companies have their employee pension plans held in accounts in this small country due to asset protection and the ability to take benefits from the age of 50 onwards,” said Stranger. 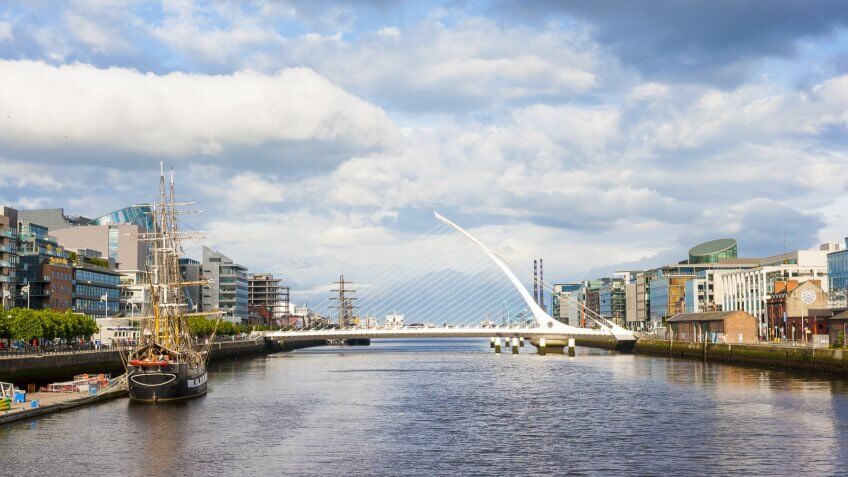 Ireland is often referred to as a tax haven, despite Irish officials asserting that is not the case. However, a Congressional Research Service report found that American multinational companies collectively reported 43 percent of their foreign earnings in five small tax haven countries: Bermuda, Luxembourg, the Netherlands, Switzerland and Ireland, according to the ITEP report.

Despite insisting it is not a tax shelter, Ireland has been embroiled in legal cases involving corporate taxes. For example, a 2013 Senate investigation of Apple discovered that two of the company’s Irish subsidiaries were not classified as tax residents in the U.S. or Ireland, despite being incorporated in the latter country, according to ITEP. After the government crackdown, Apple moved its offshore funds from Ireland to Jersey, the Paradise Papers say. 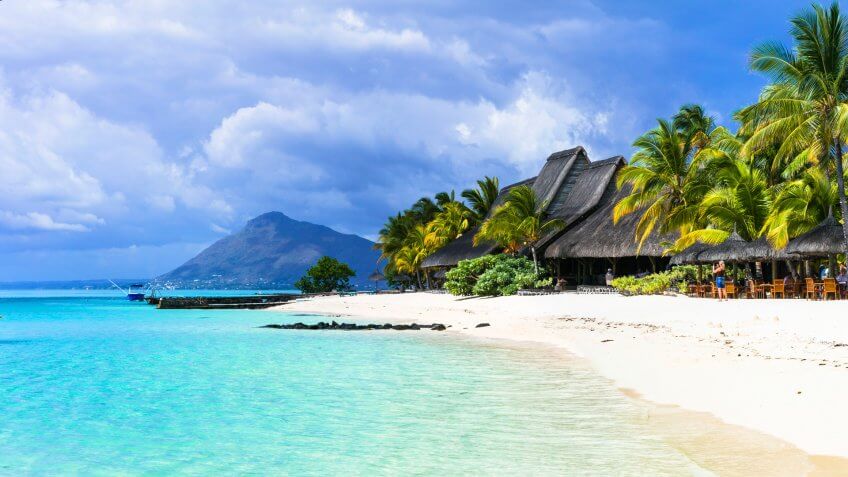 Mauritius has a low corporate tax rate of 15 percent. 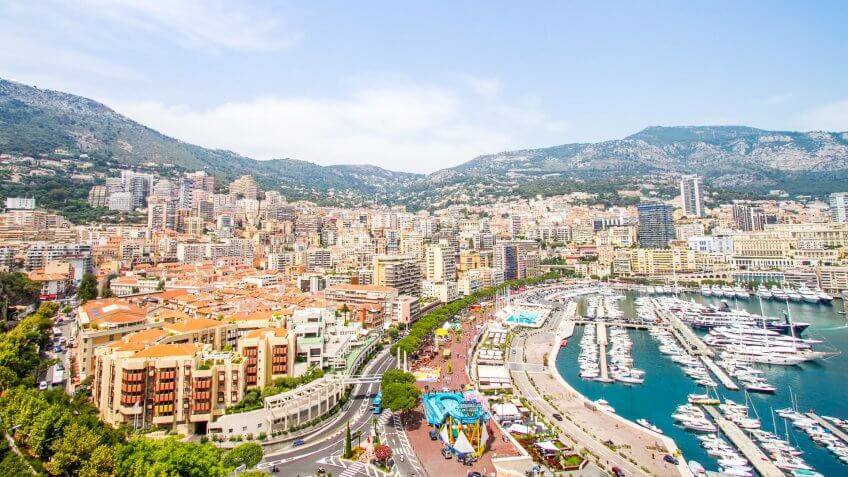 Monaco doesn’t charge its residents income tax. This has drawn some of the world’s wealthiest people to the tiny country, as almost one in three residents is a millionaire, reported CNN Money in 2016.

Companies earning more than 25 percent of their revenue outside of Monaco and companies whose activities consist of earning revenue from patents and literary or artistic property rights are subject to a tax of 33.33 percent on profits — but there is no direct tax on companies. And corporations like Citigroup, Hertz, Tesla and Walgreens reportedly have tax subsidiaries there, according to the ITEP report. 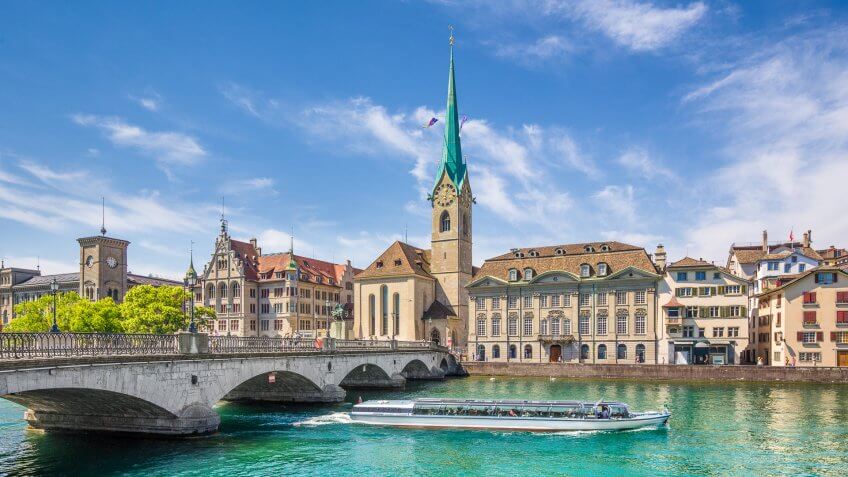 Switzerland is a popular financial center for individuals and corporations alike. In fact, Zurich is the No. 9 most competitive financial center in the world and one of the most broadly and deeply established, according to the September 2017 Global Financial Centres Index from Long Finance.

U.S. companies have taken advantage of Switzerland’s tax benefits for years. A Congressional Research Service report found that American multinational corporations reported 43 percent of their foreign earnings in just five tax-shelter countries, and Switzerland was among them, according to the ITEP report. ITEP also found that the companies with subsidiaries in Switzerland include Marriott, Pepsi and Morgan Stanley, among others. 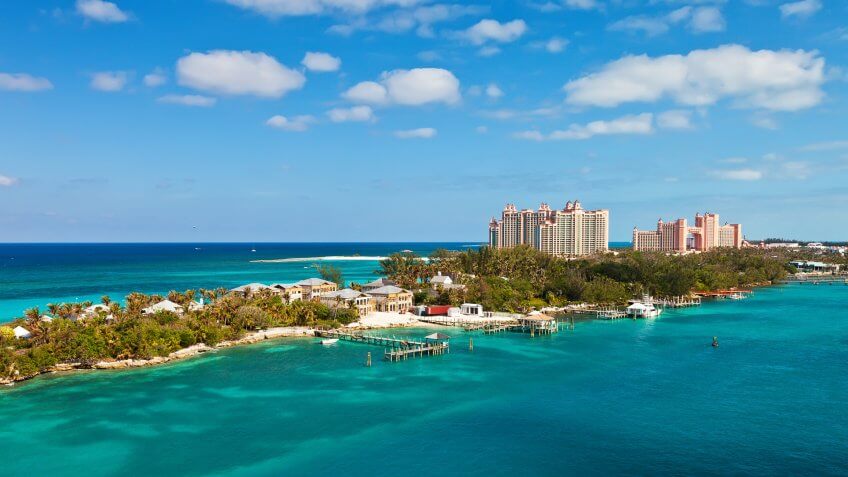 The Bahamas are another top tax haven, thanks to the lack of corporate income tax and withholding tax, according to Deloitte’s 2017 tax guide. Such tax advantages can make the Bahamas an attractive tax haven for U.S. corporations.

Viacom and Goldman Sachs are just two of the dozens of Fortune 500 companies with subsidiaries in the Bahamas. Here are some other major companies with tax haven subsidiaries, according to the ITEP report: J.P. Morgan Chase & Co., Bank of New York Mellon Corp., Pfizer, Citigroup, Marsh & McLennan, Bank of America and Abbott Laboratories.

Up Next: 30 Ways to Prevent a Tax Audit 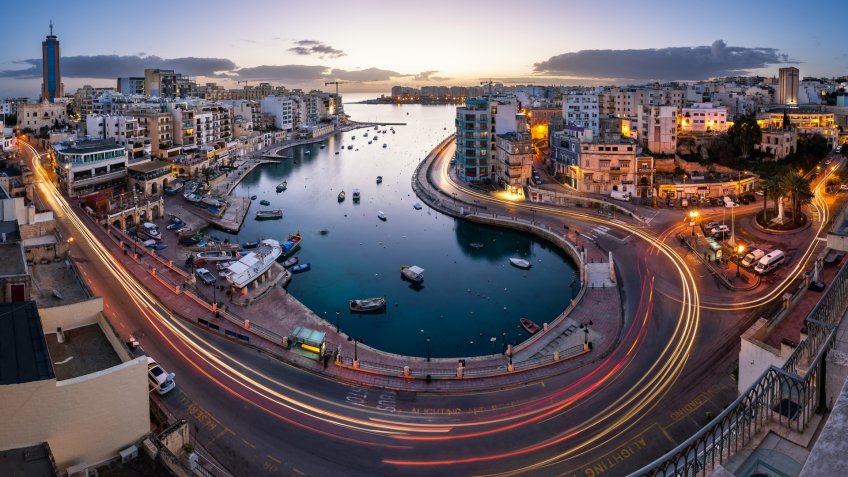 About 5 percent of Fortune 500 companies had a Malta subsidiary as of 2016, according to a report from the ITEP. Companies with subsidiaries in the Mediterranean archipelago include Morgan Stanley, Thermo Fisher Scientific, Marriott International, Marsh & McLennan, Abbott Laboratories, Occidental Petroleum and Jones Lang LaSalle. While the corporate tax rate is 35 percent for local businesses, international corporations can pay as little as 5 percent in corporate taxes due to Malta’s complex tax system and refund policies, according to the BBC.

The island’s tax policies can also appeal to wealthy individuals: non-residents are taxed only on income arising in Malta, according to PwC’s tax guide. 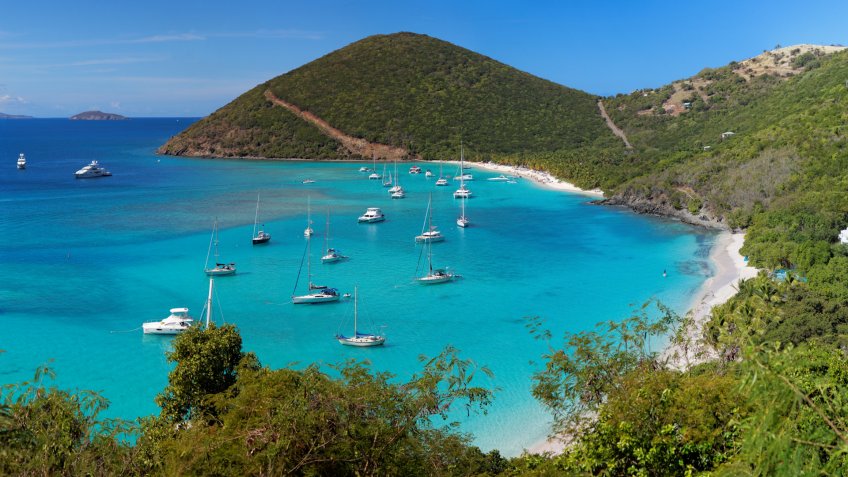 The British Virgin Islands do not have income taxes, corporate taxes or capital gains taxes, according to Deloitte’s international tax guide. Employers and employees do, however, have to pay a payroll tax, which ranges from 10 percent to 14 percent.

About 12 percent of the Fortune 500 companies had a subsidiary in the British Virgin Islands as of 2016, according to the ITEP report. Several of those companies have multiple subsidiaries in the island chain: AES has eight, Fluor has two, Goldman Sachs has six, J.P. Morgan Chase has four, Marriott International has eight, Morgan Stanley has five and Stanley Black & Decker has four.

The country’s gross domestic product is $1 billion, while the reported profits of US-controlled subsidiaries in the island nation are seven times as much at $7 billion, according to the ITEP report. 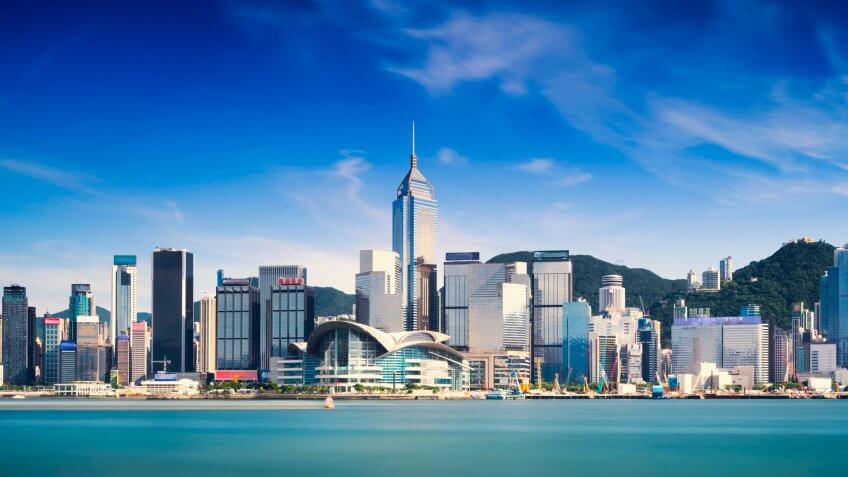 After the Netherlands and Singapore, Hong Kong has the largest number of Fortune 500 subsidiaries, with over 40 percent of Fortune 500 companies housing subsidiaries in Hong Kong, according to the ITEP report. The country attracts large companies who want to do business in Asian markets due to its taxation policies: its corporate tax rate is relatively low at 16.5 percent, and there are generally no taxes on investment income and capital gains, according to KPMG’s income tax guide.

In 2012, the latest year for which information is available, U.S. subsidiaries in Hong Kong reported profits of $10 billion, according to the ITEP report. Among the major U.S. corporations with subsidiaries in Hong Kong are Goldman Sachs, Morgan Stanley, Thermo Fisher Scientific, Bank of New York, J.P. Morgan Chase, Pfizer, Citigroup, PepsiCo, Bank of America, Wells Fargo and several others.

Click through to see the most and least tax-friendly countries. 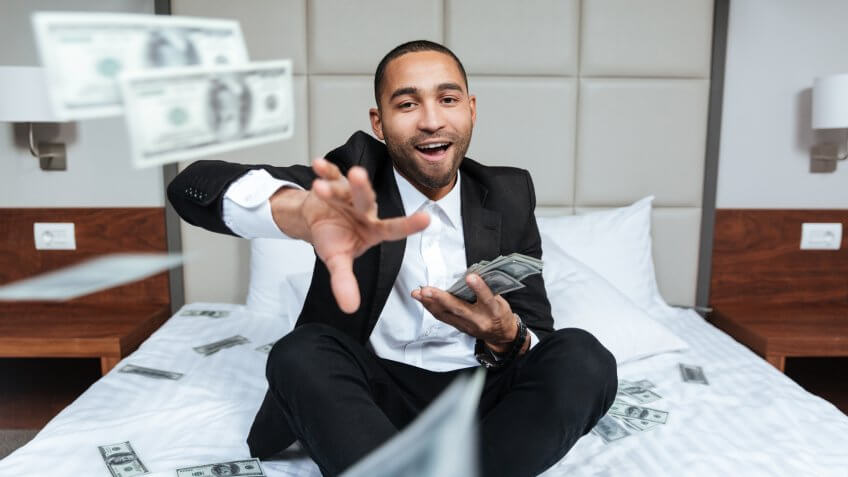 Crazy stories about how people misspent their refunds.

GOBankingRates > Taxes > Refunds > What Are the World’s Best Tax Havens?