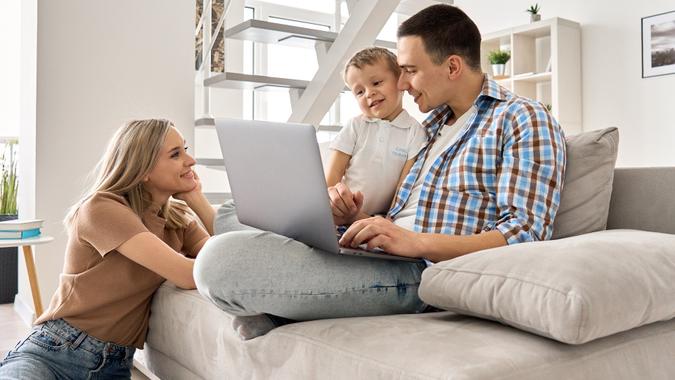 Many taxpayers have extra spending money this year thanks to an average tax refund that is more than $300 higher than in 2021. If that seems like a lot, you can thank federal relief programs that gave American households a financial boost last year.

See: The Best and Worst Things To Buy Generic
Find: 2022 Stimulus Checks: Is Your State Giving Out Money This Year?

As GOBankingRates previously reported, the average federal income tax refund as of Apr. 8, 2022 is $3,226, up from an average of $2,893 at the same point in 2021, according to the IRS. That’s a gain of 11.5% — even higher than the current inflation rate. Some experts expect the average refund to fall once all the returns are processed because late filers typically either have smaller refunds or owe money.

So how does that translate into higher refunds this year?

A lot depends on whether you received a monthly advance CTC in 2021. From July to December, advance payments were sent totaling up to $250 per child ages 6 to 17, or $300 for each child under 6. Households that received the advance payments can file for the remainder of the credit on their 2021 tax returns. This could lead to a refund, depending on how much you owe.

Meanwhile, taxpayers who didn’t get advance CTC payments can claim the entire credit as a lump sum when they file their taxes, which will boost their 2022 refunds compared with their 2021 refunds.

Your refund might also have been impacted by the Earned Income Tax Credit (EITC), which was expanded in 2021 for workers without children and extended to include non-student dependents 19 and older. Previously, the credit was limited to low-income taxpayers ages 25-64 without dependents.

Some taxpayers might have gotten bigger refunds this year because of an American Rescue Plan rule that lets you use your 2019 income to compute your EITC payment if it was higher than your 2021 income. In some instances, this option will give taxpayers a bigger refund, according to the IRS.

Learn: Here’s How Much Cash You Need Stashed if a National Emergency Happens
Explore: How To Get Rich With a Normal Job

Just don’t get used to bigger refunds in the future. As USA Today noted, tax refunds for 2023 will likely be smaller unless Congress extends legislation to enhance the CTC, EITC payments or other COVID-era relief programs.