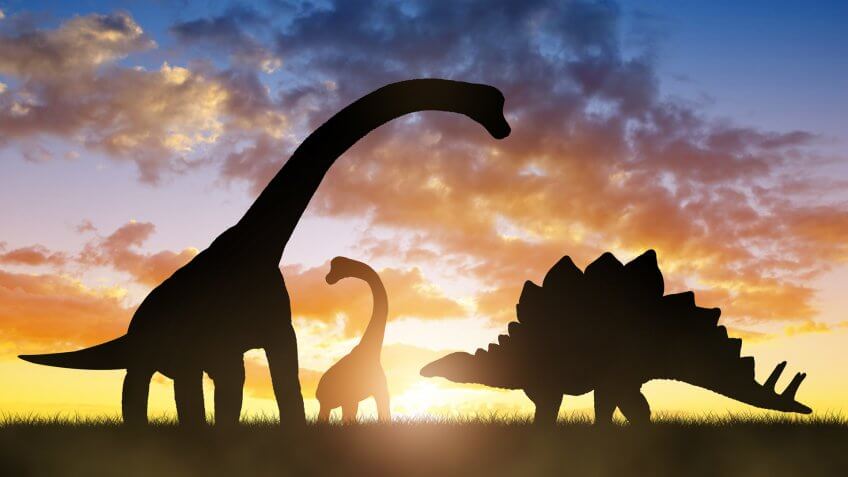 Ever wondered where all that money taken out of your paycheck goes? You might be surprised to find out where some of your tax dollars are going. 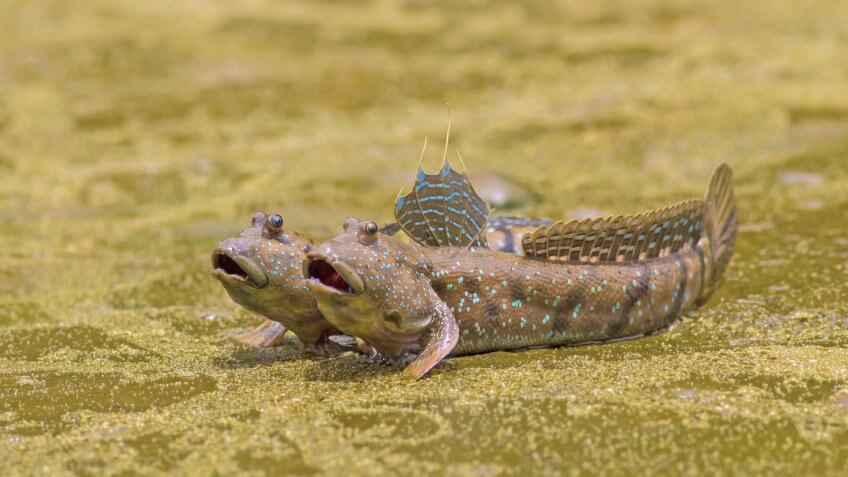 In 2017, Sen. Jeff Flake of Arizona released a list of the most outlandish tax splurges he could find. One involved the Scripps Institution of Oceanography in San Diego, which used a $560,000 grant from the National Science Foundation to force fish to exercise to exhaustion on treadmills as part of a 2009 study.

The scientists chose mudskippers because of their unique ability to use their fins like legs for extended periods of time when out of the water. The exhausted fish were then given 48 hours to rest before hitting the gym again. Different oxygen levels were used as variables to test their progress and recovery. 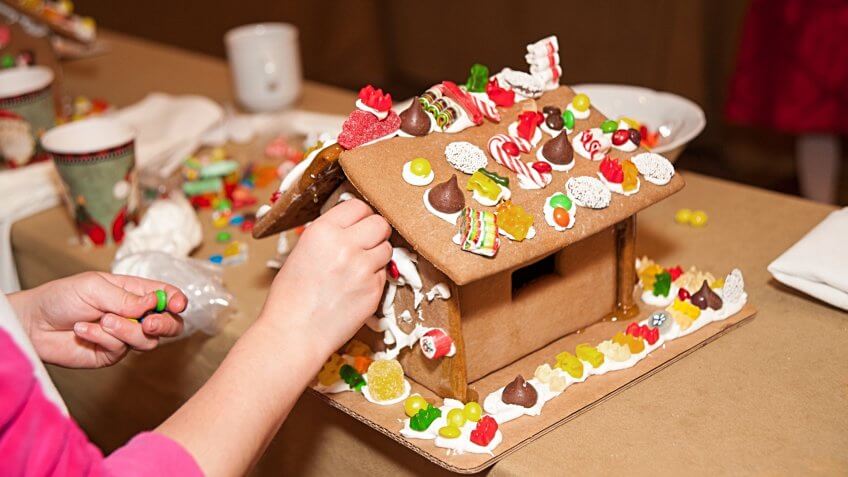 Proving That Gingerbread Houses Are Earthquake-Proof

A $150,000 grant from the Institute of Museum and Library Services funded a workshop called “How Does the Cookie Crumble?” The Oregon Museum of Science and Industry took gingerbread houses designed to be earthquake-resistant and put them to the test on machines that replicated major temblors. Participants got to take their sweet, sugary houses with them. The workshop was part of the OMSI’s annual “Gingerbread Adventures” event. 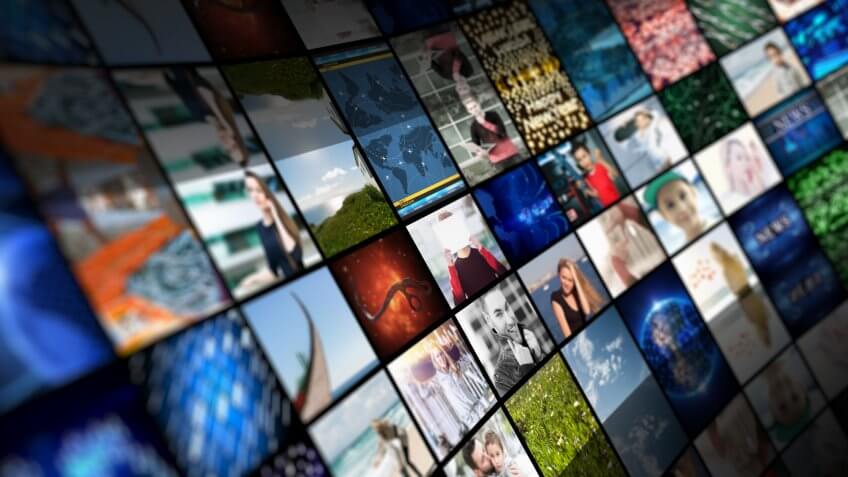 Your tax dollars paid for computers to binge-watch hundreds of hours of television during a 2016 study — as if you weren’t already burning through your paycheck on subscription services.

The program — which was funded by a $460,000 grant from the National Science Foundation and other funds from the Department of Defense’s Office of Naval Research — was designed to train computers to both understand and predict human behavior. The results were inconclusive. But the good news is that the computers are all caught up on their favorite shows. 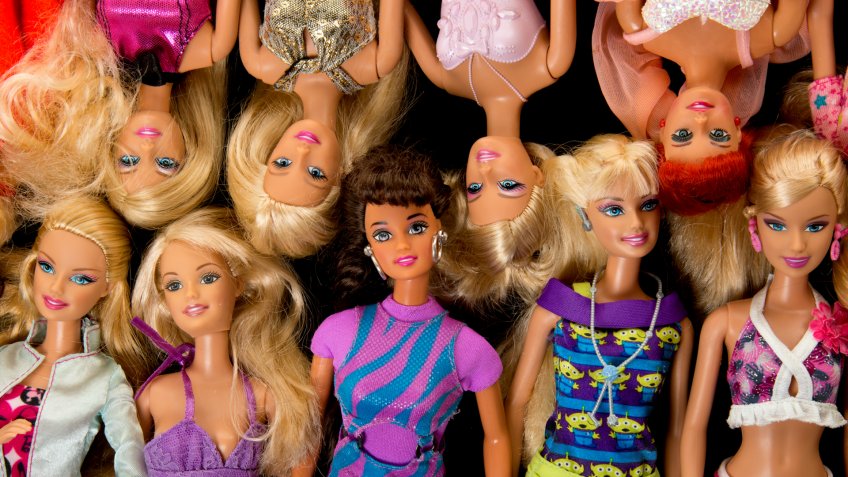 Finding Out If Playing With Barbie Dolls Helps With Facial Recognition

Researchers at the National Eye Institute and National Science Foundation conducted a $300,000 study in 2016 to find out if playing with Barbies — which was more common among the women in the study — enables women to be better at recognizing faces.

Since Barbies are made with different faces, scientists thought that women might have a gender-based advantage when it comes to memorizing how faces look. It turns out that they likely do not. So, that’s money that came out of your paycheck for no reason. 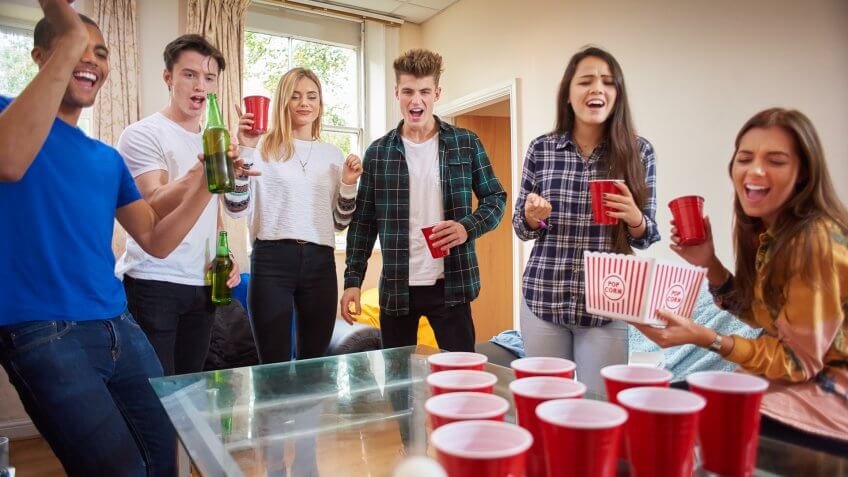 The National Institute on Alcohol Abuse and Alcoholism used a $5 million grant to fund a 2016 study at the National Institutes of Health on the reveling habits of college students. The study revealed what anyone who went to college could tell you for free: Members of fraternities and sororities drink more on average than the larger university population. This is especially true on days of big sporting events.

Oh, and members of fraternities and sororities tend to sleep in later, too. 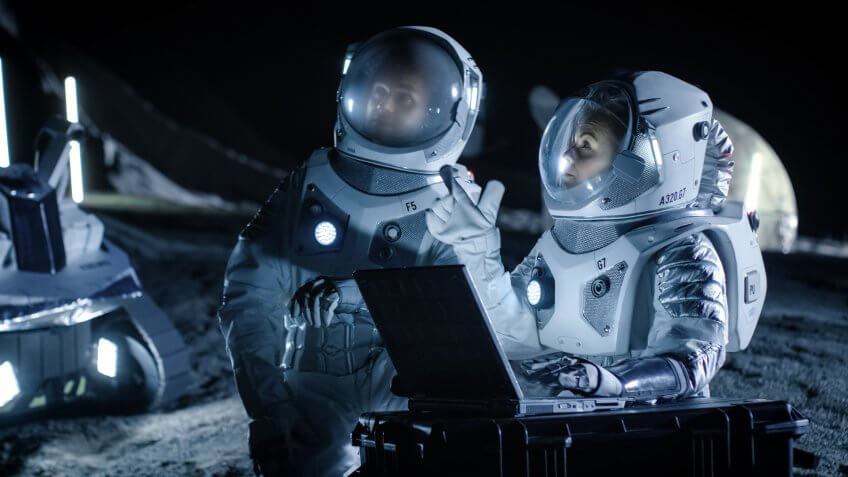 NASA Research on How Religious Groups Would Respond to Aliens

Your tax dollars helped NASA examine how the world’s religions might react when we make contact with extraterrestrial lifeforms. The Center of Theological Inquiry used a $1.1 million grant from the NASA Astrobiology Institute in 2016 to study potential reactions by religious leaders and populations to the hypothetical future discovery of life beyond Earth — and how it could influence their beliefs about the origins and meaning of life. 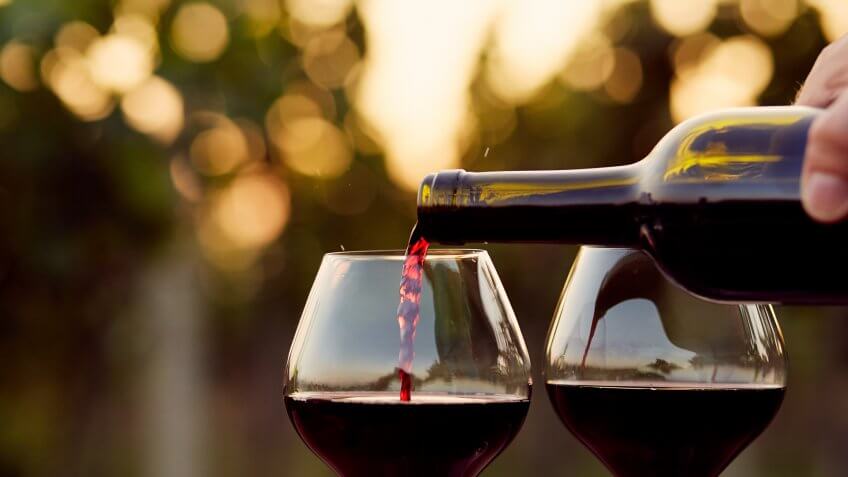 NASA Research on the Affect of Global Warming on Wine

In 2016, NASA participated in an $88,000 study that examined the effect of global warming on wine in France. Some of the best vintages in history have come out of France in recent years, and scientists believe there is a connection between increased temperatures and more robust, flavorful wines. The study combined modern data gathered by satellite imagery with historical data, like records kept by French monks who controlled vast vineyards near monasteries dating back to 1300. 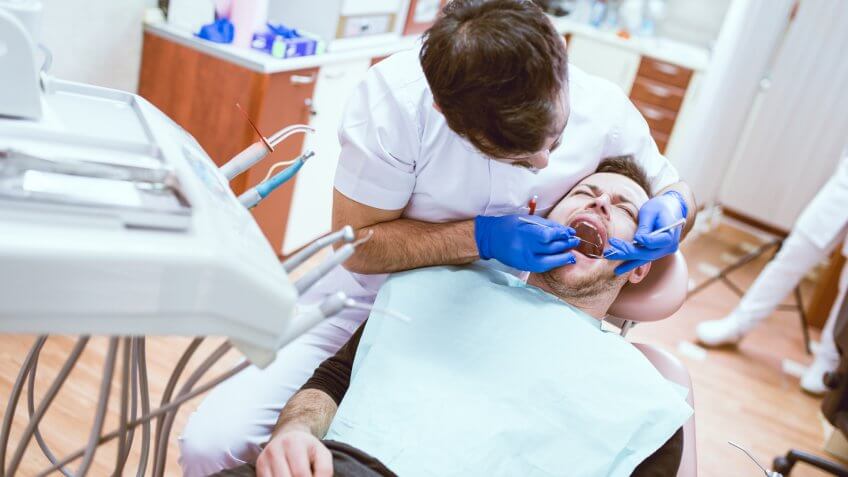 A $3.5 million study conducted by the National Institutes of Health in 2016 examined why half of Americans report being afraid of the dentist, with as many as 20 percent reaching the level of a serious phobia. If you guessed that it might have something to do with the use of a drill to bore into bones embedded in your skull, you are correct. The most commonly cited source of dental anxiety is fear of pain.

In other news, root canals are still more popular than Congress. 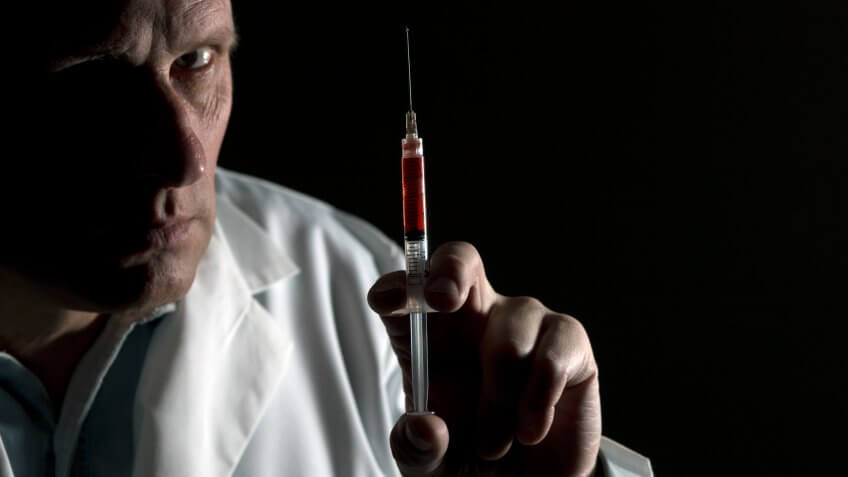 Paying for Shady Doctors to Stay in Business

Through the Medicaid, Medicare and CHIP programs, the federal government paid $3 million to medical “professionals” who had been banned from public healthcare programs, according to the Congressional Budget Office. Some of these people committed fraud. Others performed unnecessary procedures to pad their invoices. At least 100 doctors were supposed to be removed for reasons relating to criminal charges, but they kept practicing — and collecting your tax dollars. 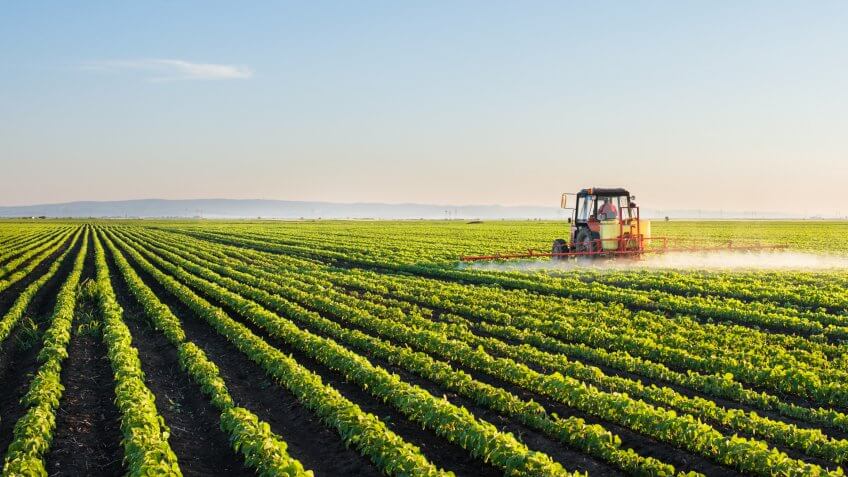 Agricultural subsidies were designed to support farmers during a time when vast numbers of Americans worked in agriculture, particularly during and after the Dust Bowl era and Great Depression. Today, however, the number of farmers has dropped significantly. But the agriculture lobby is as big as ever and the federal government doles out tens of millions of tax dollars — the vast majority of which go to the biggest companies — for marketing, insurance, research and simply to overproduce.

Of course, due to Trump’s trade war, farmers are back to being in need of a little help. 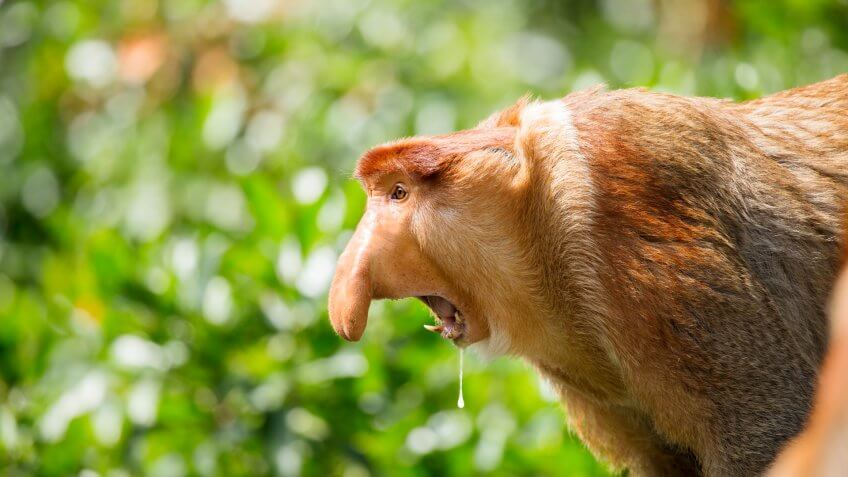 An experiment conducted at the State University of New York at Buffalo, which was funded by an $817,000 grant from the National Institutes of Health, took a close look at primate saliva. The 2016 study compared human drool to that of a wide variety of apes, monkeys and their relatives in hopes of identifying when human saliva evolved into its current form. 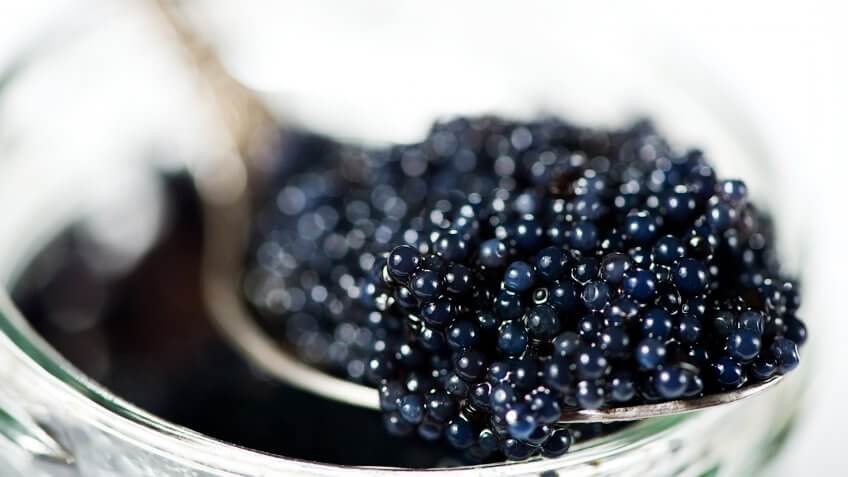 You probably can’t afford the truffles and caviar they serve at five-star restaurants — but you’re paying for them anyway. In 2016, the USDA used $34,210 in taxpayer money to conduct “feasibility studies” on producing pricey truffles in the U.S., which has so far been an elusive task. And in 2015, nearly $52,000 was spent on studying the feasibility of “value-added fish products,” including herring caviar. 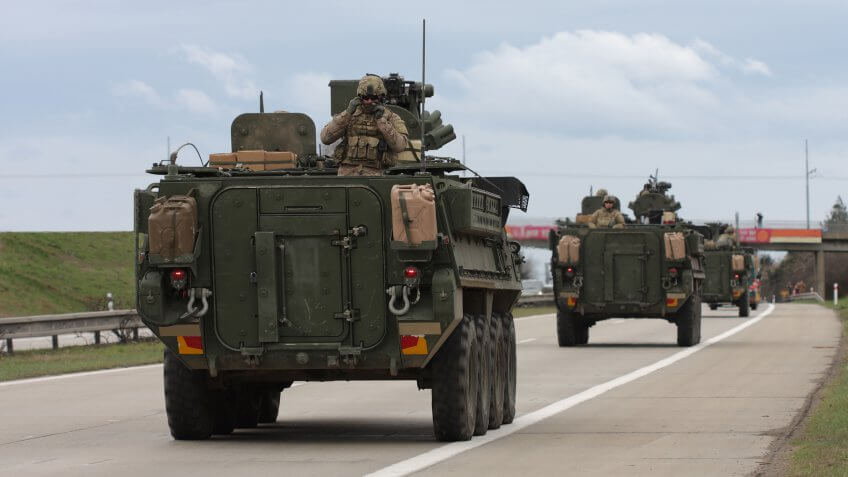 Turning the World Into a Giant Network of US Bases

According to CNBC, the U.S. spends around $156 billion a year to maintain 800 military bases in 80 countries. Many, of course, are necessary and relevant. But many others — like the 174 bases in Germany, 113 in Japan and 83 in South Korea — are post-World War II, Cold War relics that cost the U.S. money in a couple of ways: to maintain the bases and to pay the host countries for the privilege of keeping them there. Virtually all military experts agree there’s a huge glut of these bases and, in some cases, the bases hurt American interests more than help them. 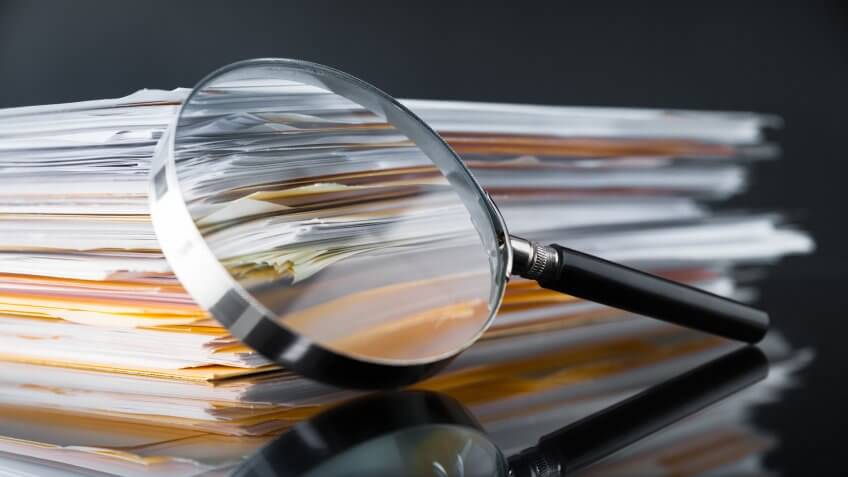 A gargantuan, 25,000-employee Pentagon agency that Politico nicknamed the “Walmart of the military” processes more than 100,000 military orders a day. An outside audit conducted in December 2017 revealed $465 million in misstatements in the agency’s books and insufficient documentation — or none at all — for another $384 million…and that’s just one agency.

Finding Out If Dinosaurs Could Sing

The National Science Foundation conducted a $450,000 study in 2016 to determine whether or not dinosaurs could chirp and sing like birds, which are their closest living relatives. The study concluded that, despite what you might have learned from “Barney,” dinosaurs did not have the vocal structure required to sing. 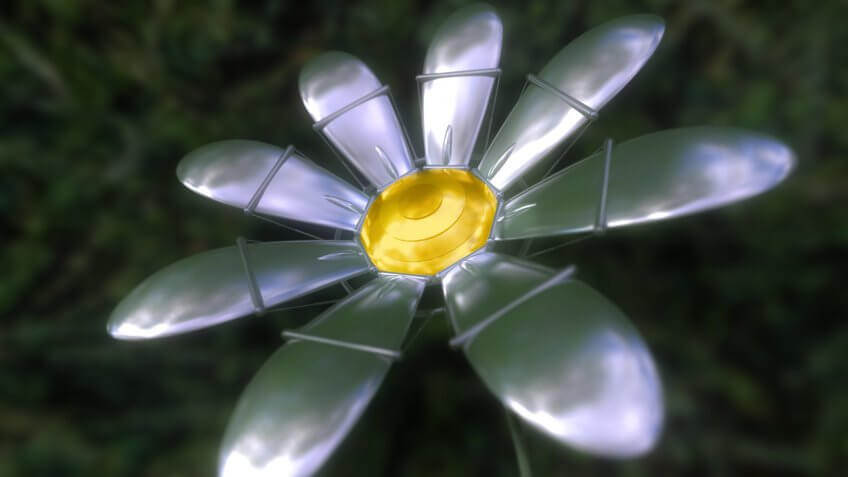 The National Institutes of Health spent $1.3 million in 2015 on flobots, which are, as the name implies, robotic flowers. Flobots use a sugar solution that mimics nectar, which is used to entice bees. Researchers use flobots to study the behavior of bees, which they say interact with flobots in a fashion similar to how they interact with real flowers. 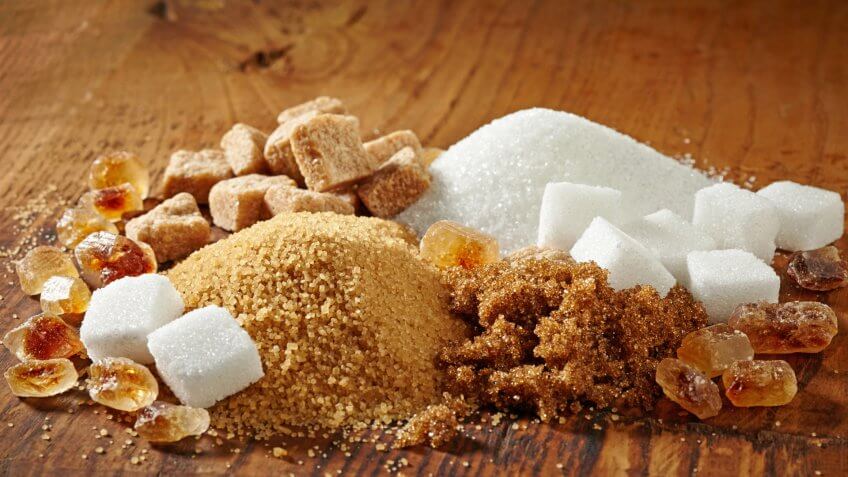 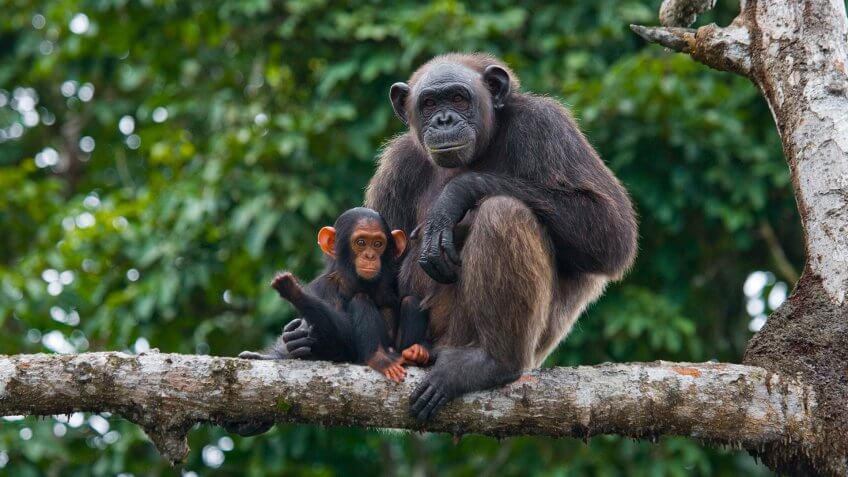 Paying for Chimps' Room and Board

The National Institutes of Health (NIH) once used chimpanzees in biomedical research projects, but eventually stopped the practice. The 139 chimps that were liberated from the NIH’s experiments have been retired to the National Center for Chimpanzee Care. About $18,700 is spent per chimp per year for food, shelter and other costs — that’s enough to put each chimp through college every single year. 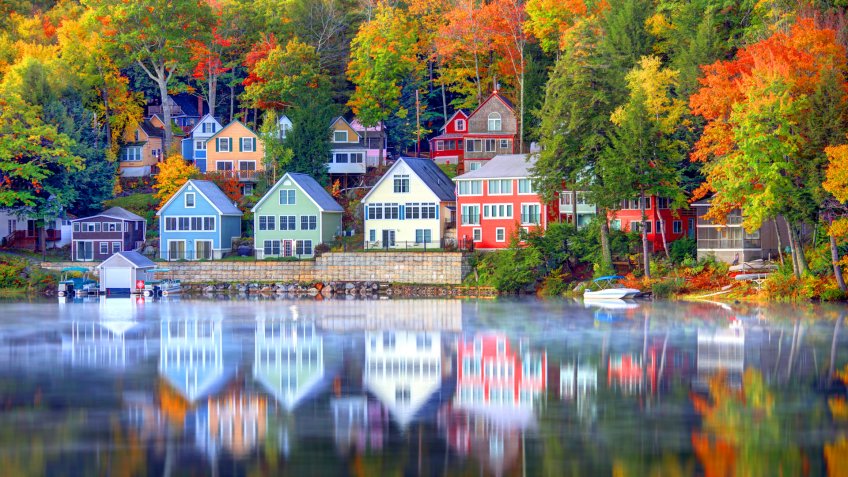 The Best and Worst States for Taxes — Ranked

Find out if you're paying some of the highest taxes in the U.S.