Trezor Model T Cryptocurrency Wallet Review: Is It Worth It? 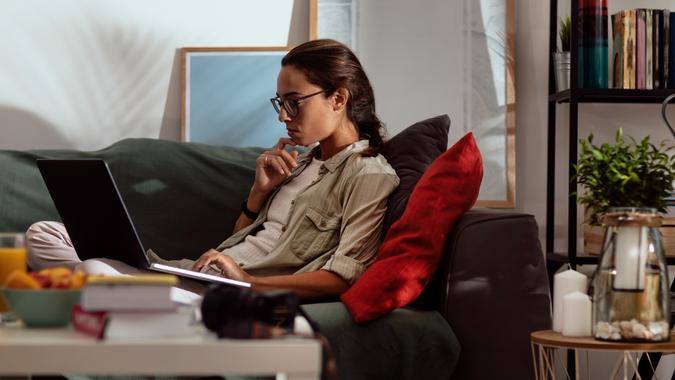 The burgeoning cryptocurrency community was deeply concerned about security even before the Mt. Gox hack brought the industry to its knees in February 2014. Later that same year, two Czech programmers and crypto enthusiasts created a new industry and redefined blockchain security when they unveiled Trezor One, the world’s first cryptocurrency hardware wallet.

It was a true game-changer that secured assets offline in “cold storage” and out of the reach of would-be criminals. While the original Trezor wallet is still available for purchase, a dramatic upgrade arrived in 2018 in the form of the Trezor Model T.

It remains one of the most popular and trusted hardware wallets on the market — but is it right for you? Here’s a review of the Trezor Model T crypto wallet.

Is Trezor a Good Wallet?

Cost and Compatibility Are the Only Real Cons

With a $250 price tag, cost is the Model T’s primary drawback. A comparable device from a competitor called Ledger, which you’ll read about further down the page, sells for a full $100 less.

The other significant sticking point is compatibility. Trezor supports Android, but it’s not compatible with iOS, which means it won’t work with iPhones. It also doesn’t support Windows Phone. As far as Google device compatibility, Trezor’s website offers this disclaimer: “ChromeOS is not yet officially supported, but it should work via Google’s WebUSB.”

The device does support all major computer operating systems.

There are Far More Pros — and Oh, That Screen

If computer compatibility is enough for you, and if you’re comfortable with the cost, Trezor Model T has no major flaws and a whole lot to love.

The first and most important is its color touchscreen display, which is the best on the market, hands down. Typical hardware wallets have only a pair of buttons that require you to cycle through numbers to enter your pin on a monochrome screen, a tedious and frustrating process that Trezor Model T rendered obsolete. The cheaper Trezor One from 2014 has an old-fashioned monochrome display with two buttons.

The Model T also improves upon Trezor One with the addition of a built-in password, pin, and password recovery manager. With Trezor One, users secured their digital identity through a computer or mobile device.

Is Trezor Better Than Coinbase?

Trezor is neither better nor worse than Coinbase, but it is different. Coinbase is a centralized publicly traded cryptocurrency exchange where users can buy, sell, trade, research and store digital assets. Trezor, on the other hand, is a cold-storage wallet built with security in mind.

You Can’t Lock the Coinbase Wallet in Your Desk Drawer

Coinbase does offer a digital wallet, but it’s not comparable to the Trezor One or Trezor Model T because it’s a purely digital software wallet. That’s not to say it’s not impressive. Coinbase Wallet offers top-notch security, supports an enormous menu of tokens, lets you store your coins and NFTs all in one place and, as a self-custody wallet, it gives users control of their keys, data and identity management.

But it’s a hosted wallet that requires you to be online and connected to access your assets, which are at the mercy of the Coinbase network. The whole point of hardware wallets like the Trezor Model T is to get your assets offline and safely secured in cold storage. Trezor sums it up neatly with this: “Online exchanges and wallet providers can disappear, go offline and be hacked.”

Hardware wallets can not.

In May, as the deep freeze of the 2022 crypto winter was setting in, Coinbase warned that users could lose their digital assets in the unlikely event that the exchange went bankrupt. It was a stunning admission that sent scores of crypto investors scrambling to move their holdings from their Coinbase wallets to hardware wallets like the Trezor Model T.

According to Business Insider, veteran crypto owners had long preferred hardware wallets for the added layer of physical security they provide in the case of events just like this one.

While it’s easy enough to transfer assets from Coinbase to Trezor — sites like Protrada offer step-by-step instructions — Coinbase does not directly support Trezor the way it has supported Ledger, a competing hardware wallet, since February.

What Exchanges Are Available in Trezor?

Which Is Better, Trezor or Ledger?

Ledger’s flagship device is the Nano X, which has a lot going for it — aside from the fact that it’s directly supported by Coinbase, the biggest crypto exchange in America. Most notably, the Ledger Nano X costs $150, is iOS compatible and supports an impressive 5,500-plus tokens. The Bluetooth-enabled hardware wallet is highly secure with industry-leading security features that rival or match what’s found in Trezor devices. Even if the device’s Bluetooth connection is hacked, critical data like private keys and seed can’t leave the device.

However, the reason for the $100 price difference is glaringly apparent in its interface. The Ledger Nano X has a 128×64 px monochrome screen with two-button control, which looks and feels primitive and clumsy compared to the Trezor Model T’s intuitive and user-friendly full-color touchscreen.

Ledger also has a lower-end device called the Nano S Plus for $79, but it’s not comparable to the much more sophisticated Nano X and Trezor Model T.

Has Trezor Been Hacked?

In February, technology writer Zhiyuan Sun wrote in Cointelegraph that “as long as there’s a recovery seed written down, a PIN and passphrase installed, it’s theoretically impossible to hack the Trezor One, which debuted in 2014.”

The Trezor Model T is even more secure, but adjacent services are always vulnerable even if an individual wallet is impenetrable. For example, Bloomberg reported in April that the software company Intuit was facing a class-action lawsuit for failing to secure its Mailchimp email marketing service. The vulnerability allowed hackers to harvest so-called audience data from more than 100 clients, one of which was Trezor.

The breach allowed the hackers to launch a sophisticated phishing attack that involved sending emails to Trezor users directing them to download a new version of the app under the guise that their accounts had been compromised. After completing the download, those who took the bait were prompted to enter their passwords and recovery codes, giving the hackers access to their wallets and digital assets, some of which were stolen.

If You Invest in Crypto, Invest in a Hardware Wallet

Whether you decide that the Trezor Model T is worth the extra cost or not, do consider investing in a hardware wallet. They are the preferred choice of seasoned crypto investors for a reason. Cold storage takes your assets and critical data offline and out of the reach of hackers while keeping them safe from bugs, bankruptcies or any other system failures that might threaten hosted software wallets that exist purely in the digital space.