Affordable Housing: Rent Control Laws Are Back in These States 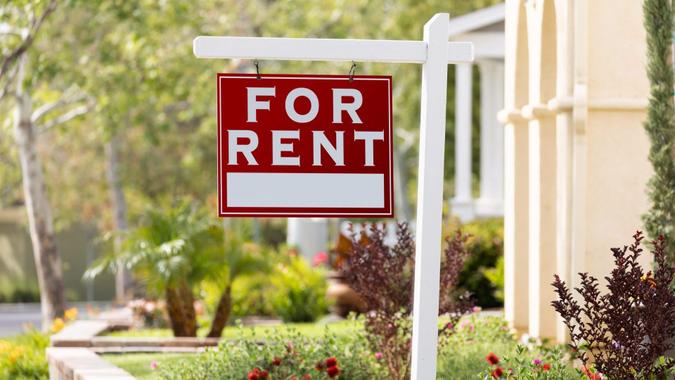 With U.S. home prices surging to historic highs and rents rising across the country, lawmakers are once again taking aim at rent control legislation to promote more affordable housing.

Proposals that would put a cap on how much landlords can raise rent are on the legislative agenda in more than a dozen states, The Wall Street Journal reported. These proposals — which would typically limit rent increases to a range of 2% to 10% — are in response to record rental prices in the United States.

Rental prices in the U.S. are up about 18% on average over the past two years, according to Redfin. As GOBankingRates previously reported, a survey from the rental platform Zumper found that the median rental price of a one-bedroom unit rose 11.6% in 2021 alone, while the median price of a two-bedroom unit climbed 13.6%.

“Rents are exploding at a pace far faster than income,” Stijn Van Nieuwerburgh, an economist and professor at Columbia Business School who researches rent control, told the WSJ. “The problem is now as bad as it has ever been. And probably much worse.”

See: As Home Prices Reach 34-Year Record, Mortgage Rates Could Be Final Nail in Coffin for Some Homebuyers

To help tame rent inflation, numerous states, including Massachusetts, New Jersey, Colorado and Florida, are considering local rent control measures, the WSJ noted. Measures are being discussed in a wide range of different communities, from large metro areas such as Boston to wealthy suburbs like Montclair, New Jersey and lower-income mobile-home communities in Colorado.

Some cities have already adopted strict rent control measures. For example, St. Paul, Minnesota, approved a rent control law last fall that does not make exceptions for new buildings or vacant units. Santa Ana, California, limits annual rent increases to 3% for any apartments built before 1995, which is below the state’s rent control cap of 5% plus local inflation.

Currently, 36 states preempt local governments from adopting rent regulation laws, according to the National Apartment Association. Only the District of Columbia, New York and Oregon — along with certain municipalities in California, New Jersey and Maryland — have rent control or rent stabilization policies in place.

“However as housing instability and tenant displacement concerns gain more attention, local governments are increasingly pushing back on preemption laws and considering adoption of these restrictions,” the NAA said on its website.

In many cases, local officials must work around state laws governing how much, and even whether, rents can be capped. In Boston, for example, Mayor Michelle Wu campaigned on bringing rent control back to the city even though a statewide referendum bans local rent controls, the WSJ reported. Massachusetts Democrats back a bill to repeal the state ban, but it’s unlikely to be signed by Republican Gov. Charlie Baker.

In Florida, officials in Miami and Tampa are considering declaring housing emergencies to pass rent control to get around their own state’s rent-control laws.