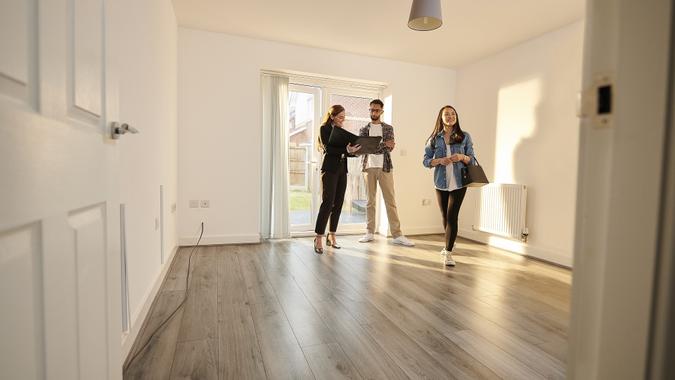 The combination of skyrocketing home prices and a rise in remote work that began during the COVID-19 pandemic have given the U.S. rental market a major facelift, as many American renters are packing up and moving to cheaper markets.

Explore: 20 Big Cities Where You Can Find Rent for Under $1,200
Learn: Real Estate Experts Share How Much They Would Pay for a Home in Today’s Market

Out-of-state applicants for rental properties increased 42% from 2020 to 2021, according to a new report by TransUnion. Over the same time frame, rental applications in rural areas rose 28%, while urban rental application volume rose only 10%. Rising housing costs and a sharp increase in remote work were likely the biggest contributors to these shifts.

Cross-state migration patterns show more people (and renters) leaving the Rust Belt and Northeast in favor of the Southern Atlantic and Mountain states, as well as Arizona and Texas.

The overall occupancy rate of U.S. rentals reached a record 98% in January 2022. The increase was partly driven by an influx of Americans who sold their homes while housing prices were at an all-time high and then decided to rent until valuations come back down again.

An analysis of rental applications from 2020-2021 found that there was a 37% increase in applicants who sold their homes within the past year, and a 16% increase among applicants with an outstanding mortgage.

Much like the housing market, the U.S. rental market has been constrained by a lack of supply, with new units lagging demand amid supply-chain logjams, high materials costs and an ongoing labor shortage. This contributed to a 14% increase in average rent prices between 2020 and 2021.

“While conditions were exacerbated by migration patterns over the past two years, the rental market has been struggling with a lack of supply since even before the pandemic,” Maitri Johnson, vice president of tenant and employment screening at TransUnion, told GOBankingRates in an email statement.

Although construction permits are at their highest level in many years, supply chain issues have had an impact on new inventory, she added.

“This is one of the reasons the ‘Build To Rent’ asset class is starting to emerge as a timely alternative/solution to adding inventory under tight market conditions,” Johnson said.

Inflation Impact: 2012 Prices vs. 2022 May Not Be as Different as You Think
Find: In Less Than a Decade, You Won’t Be Able To Afford a Home in These Cities

“Because people who immigrate to the U.S. tend to remain renters for long periods, there is likely a compounding effect to this sustained increase,” Johnson said in a statement. “The current demand resulting from the housing market may subside as home prices come down, but this population will likely keep rental demand elevated over the coming decades.”