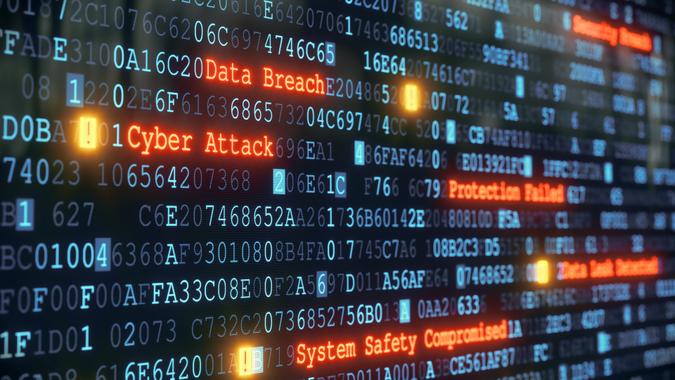 Analysts, experts and politicians are warning Americans about the increasing threat of cybersecurity attacks from Russia. Analysts have been anticipating the surge since the start of Russia invading Ukraine on Feb, 24,  which in turn, some see as sector investors should focus on.

Wedbush Securities analyst Dan Ives said in a research note sent to GOBankingRates on Friday, March 4, that with a significantly elevated level of cyberattacks now on the horizon, he believes added growth tailwinds for the cyber security sector — which was already poised to grow 20% year-over-year industry-wide in 2022 pre-Ukraine conflict — and well-positioned vendors should be a focus sector for tech investors during this market turmoil.

“Based on our conversations with enterprises/CISOs and contacts in the Beltway, there is a growing concern that massive cyberwarfare could be on the near-term horizon which would certainly catalyze an increase in spending around preventing sophisticated Russian-based cyber-attacks going after data centers, networks, vulnerability points, and other highly sensitive data,” Ives wrote in the note.

“We also believe Denial of Service, social engineering and password breaches will be front and center for consumers who should be on high alert. In a very nervous investing backdrop for tech, we believe the cybersecurity sector is a clear pocket of strength that we would be overweighting at current levels.”

Furthering the conversation, on March 2, Sen. Kirsten Gillibrand (D-N.Y.), who is a member of the Senate Armed Services Committee and Senate Select Committee on Intelligence, along with Senate Majority Leader Charles Schumer (D-N.Y.) pushed for a significant increase in cybersecurity funding to help New York State combat the threat of Russian cyberattacks, sending a letter to the Senate Appropriations Committee, according to a  press release.

“Due to the Russian invasion of Ukraine, the U.S. and our allies have leveled severe sanctions against Russia, which has increased the risk of retaliatory cyberattacks, particularly against New York State infrastructure and individuals,” Gillibrand said in the release. “It is critical that we boost funding to protect New York State and the country from cyber threats from Russia. The United States must act quickly to strengthen our cyber defenses to meet this unwarranted and unprovoked Russian aggression.”

Gillibrand also posted on social media that “Americans must be extra vigilant against Russian cyberattacks right now. The federal government is working closely with state and local governments to protect critical infrastructure — but your personal accounts could also be at risk. Hacked Facebook accounts are used to send spam, scam your friends and family, and spread disinformation for foreign governments. Follow these tips to secure your accounts and protect your data!”

Learn: 9 Ways To Protect Your Social Security Number and Logins From Being Sold on the Dark Web
Scams: 5 Crypto Scams Investors Should Be Aware Of

The tips she included include protecting your data by using a strong password and turning on the two-factor identification; updating your devices as soon as possible, and being vigilant and suspicious.