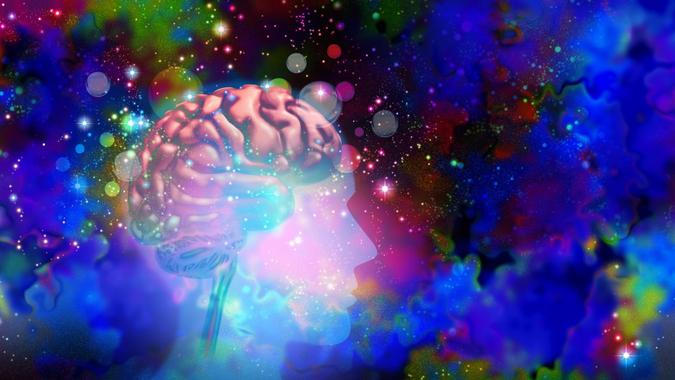 For the nascent psychedelics sector, 2021 was the year when foundations were established for a future that may hold impressive payoffs. It remains to be seen if those payoffs will materialize in 2022, or if they’ll take a little longer, but signs appear positive for a potentially strong growth market, according to new report.

How To Invest In Stocks: A Beginner’s Guide
Also Learn: Ways Investing Will Change in the Next 25 Years

The Defiance ETFs report notes that drivers for the growth include legislative changes toward psychedelics, investments rising — for example, Peter Thiel backing the psychedelic start-up Atai Life Sciences — as well as some clinical trials reporting positive results, and the rise in demand and acceptance of psychedelics-based treatments.

While there’s a range of different predictions for the psychedelics market in the next few years, they share a positive trend. DataBridge predicts that the U.S. market for psychedelics will grow at a CAGR of 11.5% between 2021 and 2026, reaching $6.4 billion by 2028, while Research and Markets forecasts the global market to rise at 14.5% CAGR from $3.2 billion in 2021 to $6.3 billion in 2026, the report notes.

“It’s clear that analysts expect the market to grow dramatically, even if they disagree about the precise size of that growth,” according to the report.

Sylvia Jablonski, CIO and co-founder of Defiance ETFs, told GOBankingRates that there are more than 2 billion people with untreated mental health disorders, and that number is growing.

“Nearly 30% of mental health patients have not found a cure, or a treatment that worked for them in the realm of conventional therapies, and have often given up,” Jablonski said. “Billions of dollars have been spent fighting mental illness, but there hasn’t been a cure that works for all patients. However, clinical research done by some of the most esteemed academic institutions and research groups like MAPS [Multidisciplinary Association for Psychedelic Studies] or Hopkins, to name a few, have proven that psychedelic-based medicines can revolutionize treatments, and provide potential cures to patients.”

Read: How Much Will Pfizer and Moderna Be Worth by the End of 2022?

She explained that psychedelics essentially help the patient, guided by a medical professional, to a path where the brain rewires itself and allows for paradigm shifts which have led to lifelong disease control or even cure.

“Investing in psychedelic firms now could be an opportunity to capture the beginning stages of what is looking to be on the path of a healthcare revolution,” she said.

She added that these could be good value plays in the biotech/healthcare space,  which is also a potential defensive play, “like consumer staples, an improving or failing economy doesn’t mean people won’t get sick and need therapy,” she added.

Some stocks to consider, she said, include Mind Medicine, which is focused on LSD and the psychedelic drug ibogaine,  which targets depression, anxiety, attention deficit and addiction. The stock is also in the top psychedelic stocks recommended by the Motley Fool, which puts the company’s valuation at $1 billion.

Compass Pathways is another stock to consider, Jablonski said, as it is well funded. The  Motley Fool said the drugmaker is conducting the largest clinical trial in history of a psilocybin therapy with its phase 2 study evaluating COMP360 in treatment-resistant depression.

“COMP360 is Compass Pathways’ only pipeline candidate right now. However, it’s one of the most advanced of all the psychedelic drugs in development, with the potential to move into late-stage clinical testing in 2021,”  according to The Motley Fool.

In May 2021, Defiance ETFs launched the first US-listed psychedelics ETF, which is listed on the New York Stock Exchange under the ticker PSY, and tracks The BITA Medical in Psychedelics, Cannabis, and Ketamine Index, according to the fund’s prospectus.

Companies included in the index must have a minimum market capitalization of $75 million and operate in the production, distribution or services related to medical psychedelics, medical cannabis or other medicinal drugs and their derivatives.