When you watch the financial news, the terms “bull market” and “bear market” get tossed around at some point, as if everyone knows what they mean. But many market participants might not be aware of the origination of the terms, or even what they mean.

Know the difference between these two terms and you’ll be on your way to learning how to invest like a master.

For example, the Standard & Poor’s 500 index is divided into 11 sectors. It’s entirely possible that the technology sector could be in a bull market while the utility sector is in a bear market, for example.

Start Here: How to Invest in Stocks for Beginners

A bear market is the opposite of a bull market. Any time that stocks enter a period where they have declined by 20 percent can be considered a bear market. As with a bull market, this designation can apply to various sectors of the market as well. A bear market is a more severe version of a market correction, which refers to a drop of 10 percent.

Learn: 20 Things to Do in a Falling Stock Market

There is no one agreed-upon definition as to how the terms “bull” and “bear” came into existence. One theory is that the terms refer to the method in which these respective animals attack: A bull thrusts its horns up into the air, in an upwards motion, whereas a bear swipes its paws in a downward motion.

Whatever the origin, the terms are now a permanent fixture of the investment landscape. There’s even a giant sculpture of a bull in the streets of New York, near the New York Stock Exchange, symbolizing the prosperity and optimism that is typically associated with a thriving stock market.

Historically, the bull versus bear battle has been decisively won by the bulls. From 1926 to 2017, there have been nine bull markets and eight bear markets. However, bull markets run for much longer than bear markets, and their gains far outweigh the losses endured during bear markets. The average bull market lasts for a full nine years, generating an average gain of 480 percent, according to First Trust. Bear markets, on the other hand, run just 1.4 years, triggering average losses of 41 percent.

Up Next: How to Prepare for a Market Correction With Tips From David Bach 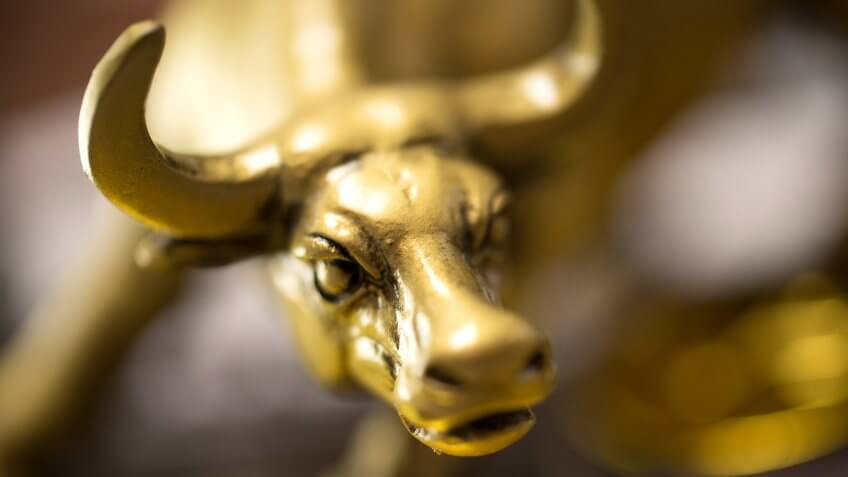 Here's why a bull market is good news for most investors.