Am I Eligible for Student Loan Forgiveness if I Never Graduated? 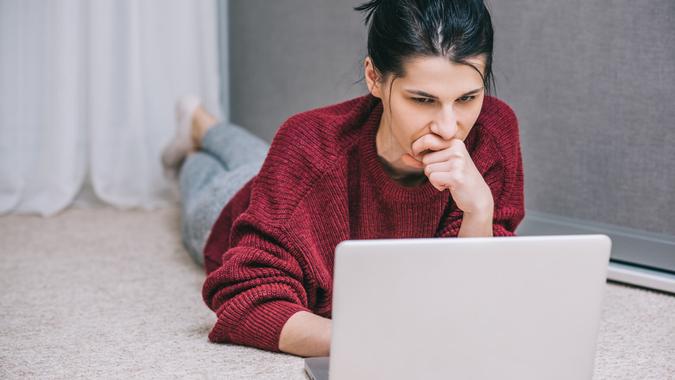 Paying down student debt is hard enough no matter who you are, but it’s especially painful for borrowers who didn’t graduate because they’re paying for an incomplete education that might not even translate into better career prospects.

The good news for federal student loan borrowers who didn’t graduate is that they still qualify for the student loan forgiveness plan unveiled by the Biden administration last month.

One key feature of the plan is that it will cancel $10,000 worth of debt for any individual holders of federal student loans who earn less than $125,000 a year, or for married couples filing jointly who earn less than $250,000 a year. An additional $10,000 will be canceled for borrowers who received Federal Pell Grants, which are provided by the U.S. Department of Education to students in financial need.

Just about every type of federal student loan qualifies for forgiveness, including direct subsidized or unsubsidized loans as well as graduate or parent PLUS loans.

The forgiveness plan does not make a distinction between borrowers who graduated from college and those who didn’t. If you never finished your degree or are still in school, you can still qualify for forgiveness as long as your loans were disbursed by June 30, 2022, Forbes reported.

This will be happy news to borrowers who still have not graduated — and there are a lot of them. Roughly 15% of the federal loan debt currently in repayment is held by people with no degree, The New York Times reported, citing a report from Education Economist Carlo Salerno based on federal education data. That translates to about 12 million people.

A separate report from the National Center for Education Statistics found that more than one-third of undergraduate students do not earn their diplomas within six years. According to that report, the overall six-year graduation rate for first-time, full-time undergrad students who began seeking a bachelor’s degree at four-year schools in the fall of 2014 was 64%, with the other 36% not earning their degrees.