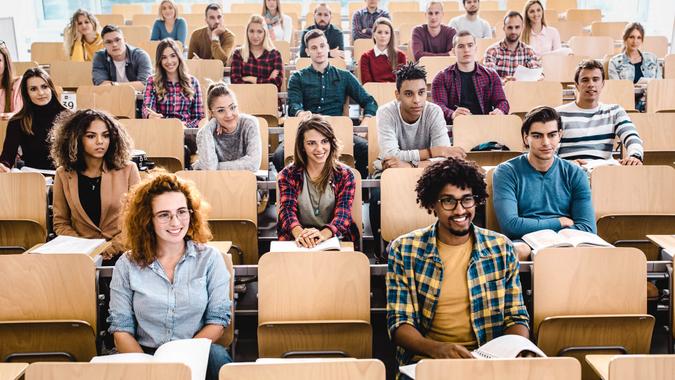 If there is one big lesson from the COVID-19 pandemic, it’s that you can’t take anything for granted – including college. Just ask high school students who graduated in 2020. About 25% of those graduates delayed their plans to attend college because of the lockdown, according to the 2021 JA Teens & Personal Finance Survey, an online poll of 2,000 U.S. teens.

Many students (or parents) who paid college tuition before opting out had to eat those costs unless the colleges themselves offered refunds, which is rare. With so much uncertainty still surrounding the pandemic, many American families are looking into college tuition insurance as a way to protect their money in case students decide to skip a semester or two for health reasons.

As The New York Times reported last week, tuition insurance, also known as tuition refund insurance, has been around for decades. But it has gotten a lot of renewed attention during the pandemic. With tuition insurance, students or their families can buy policies that will reimburse them for all or part of their college tuition and other costs if a student withdraws from school for a documented medical or mental health reason.

The two main providers of tuition insurance are GradGuard and A.W.G. Dewar. Policies typically cover families for medical or psychological reasons, CNBC reported last month, and don’t cover students who flunk out or are expelled for disciplinary reasons.

Students or parents who are considering tuition insurance are advised to review the policies carefully to ensure they understand what’s covered and what’s not, just like any other type of insurance.

“Certainly anyone thinking about getting it must read the policy first to see if the thing you’re concerned about is really covered and what exclusions and conditions apply,” Robert Hunter, an insurance expert with the Consumer Federation of America, told The New York Times.

See: From Preschool to College: All the Education Costs in the US
Find: The Best Colleges for High Starting Salaries

It’s also a good idea to learn more about the refund policies of individual schools. As CNBC noted, many colleges and universities have said they will offer refunds of fees and room and board if their campuses are forced to close again. Some will offer partial refunds if a student is forced to leave before the end of the semester. But these refunds vary from one school to the next, and almost none cover tuition.