Walmat says it has “the lowest prices anytime, anywhere,” and the company has been sharing shopping deals and steals for over 55 years. Now, the world’s largest retailer is taking advantage of some bargain shopping itself.

The company will be making changes to things like the lighting in its stores and the floor wax it uses for buffing. Although these changes sound insignificant and won’t drastically alter the customer’s experience, they do have the ability to save Walmart more than $200 million per year when the savings are multiplied over 5,000 stores nationwide.

Click through to read about how much the 100 top-selling retail stores in the U.S. earn.

Replacing all of the fluorescent light bulbs with LEDs in every store and parking lot won’t happen overnight. The company anticipates a “multiyear rollout” for the capital improvement that will be a win for the company’s bottom line — and the environment.

With an estimated 270 million customers visiting Walmart stores during any given week as of 2017, the floors take a beating. A swap for cheaper floor wax will result in more efficient buffing methods and will yield the company over $20 million in savings a year, Walmart chief financial officer Brett Biggs told analysts on Tuesday.

Read: Amazon, Starbucks and 13 Other Charitable Companies That Give Back

Walmart’s recent investments have skewed toward tech as the company has revamped its website, expanded its grocery delivery service, prepared to open a high-tech grocery distribution center, and even introduced an in-store floor-scrubbing robot. The company has also expanded its toy inventory in an effort to capitalize on the demise of former competitor Toys R Us.

Walmart’s innovations — both in digital and in its brick-and-mortar locations — will help it compete with the online retail giant Amazon.

Click through to read about the companies that are thriving during the retail apocalypse. 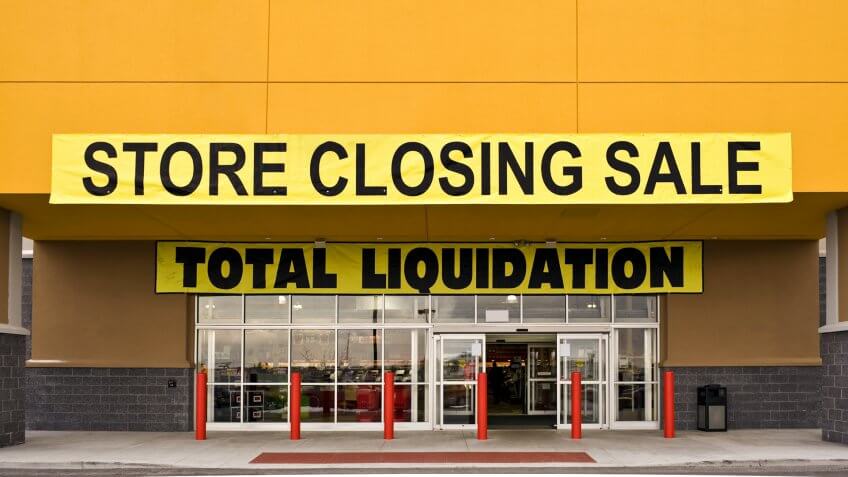 These 15 Brands Are Closing the Most Retail Stores This Year

Find out what's behind the biggest store closings in 2018.