Perhaps one of the more surprising candidates to stand out in the crowded Democratic field is Sen. Kamala Harris. Harris, the junior senator from California, has served in the Senate for about 2 1/2 years. Three years ago, she was attorney general of California and not widely known outside of her home state.

She kicked off the Kamala Harris 2020 presidential campaign on Martin Luther King Day, 2019. A standout debate performance against former Vice President Joe Biden in the first debate boosted her national name recognition. Her rise in the polls may have stalled, however, after Rep. Tulsi Gabbard called her criminal justice record into question during the second debate.

Still, her rapid rise in politics echoes that of another prominent African American politician — Barack Obama. Former President Obama moved from the Illinois State Senate to the presidency in less than four years. Now many wonder if the Kamala Harris for President campaign will pull off a similar feat, making Harris the first African American woman and Asian American to take the presidential oath.

The Iowa Caucus is still months away, and a lot can happen in that time. Harris could emerge as a more serious threat to Biden and Sen. Bernie Sanders, however, if she can register strong performances in the early primaries.

Who Is Kamala Harris?

On Oct. 20, 1964, Kamala Devi Harris was born in Oakland, California, to immigrant parents, her father coming from Jamaica and her mother hailing from Chennai, India. Harris spent her early childhood in nearby Berkeley and attended kindergarten the second year that Berkeley initiated school busing to address desegregation.

After her parents divorced, she followed her mother to Canada. She finished high school in Westmount, Quebec, graduating in 1981. From there, she attended Howard University, earning degrees in political science and economics. After completing undergraduate studies, Harris enrolled at the University of California, Hastings College of the Law, and completed her law degree in 1989. She received admittance to the State Bar of California in 1990.

In 2010, she won statewide office when California voters elected her as the state attorney general. She won reelection in 2014 before running for Senate in 2016 when Sen. Barbara Boxer decided not to seek reelection. Harris won the seat handily, beating Loretta Sanchez in the general election. She has served on the Senate since 2017.

Kamala Harris on the Issues

Like the other Democratic presidential candidates, Kamala Harris has her own take on important political issues — which sometimes aligns with the majority of the other candidates and sometimes does not. Here’s what you need to know about where she stands.

In a rebuke to President Donald Trump, Harris has vowed to repeal the Tax Cuts and Jobs Act on day one. Harris wants to offer tax relief to middle-income workers. She proposes a refundable tax credit of $6,000 for married couples earning up to $60,000 per year. Singles would get a $3,000 tax credit if they earned up to $30,000 per year. Harris would pay for this by repealing the Trump tax cuts for the top 1% and large corporations. Her plan would also impose a fee on financial institutions.

Kamala Harris and the Environment

Not surprisingly, Harris’ views largely echo that of her opponents and stand in contrast to President Trump. She wants to immediately reenter the Paris Agreement and move ahead on a Green New Deal. This involves taking on the oil companies and working toward a carbon-free future. Harris intends to make electric vehicles and modern infrastructure part of this plan. She also sees clean air and clean water as a fundamental right regardless of one’s economic status.

Kamala Harris sees healthcare as a right and not a privilege. She has also differed from both Trump and more moderate Democrats by making “Medicare for All” a centerpiece of her campaign. Her plan would eliminate premiums and out-of-pocket costs, covering both the uninsured and those with disabilities. The initiative promises to make healthcare affordable and provide low-cost prescription drugs as it takes on big pharma and the insurers.

Moreover, Harris supports legalizing marijuana. Consequently, she wants to study its effects on developing brains and how cannabis can impair drivers.

The Kamala Harris 2020 campaign proposes what it calls the largest federal investment in teacher pay in history. This would raise the average teacher salary by $13,500 per year. She also wants an alternative source of funding for K-12 education but offered little specifics other than moving away from property taxes.

Her higher education policies echo that of many other Democrats as she proposes free community college. She breaks from the pack, however, by recommending $60 billion in spending on science, technology, engineering and math education at historically black colleges.

Harris wants to provide students and graduates with immediate debt relief. To this end, she would allow the refinancing of loans at lower rates. She also broke from other candidates by proposing to cancel up to $20,000 in debt for low-income borrowers.

Harris also wants to crack down on for-profit colleges and the cost of college in general. She proposes making four-year public colleges a debt-free experience. If successful, her LIFT Act would boost incomes for Pell Grant recipients.

The California senator has made economic justice a centerpiece of her campaign. Like many of her opponents, she has proposed a federal minimum wage of $15 per hour as a floor, which echoes most other Democrats. She has also emphasized rent relief, federal investment in child care and crackdowns on high drug costs to further help these workers.

The Kamala Harris 2020 campaign could not paint a more different picture than President Trump on immigration. Harris’ campaign highlights what it calls a fair-and-just immigration system. She opposes the border wall and wants to end the detention of immigrants seeking asylum. Her plan would also create a path to citizenship for the estimated 11 million undocumented immigrants currently in the country. Harris would also remove all barriers that prevent DREAMers — children brought here by parents who came to the U.S. illegally — from receiving a green card.

Kamala Harris feels the economy is not working for working people. To change things for the better, she would focus on increasing paychecks and decreasing the cost of living.

Under her plan, she would repeal the Trump tax cut for large corporations and the top 1% of earners. She would also give a tax credit to some working families, impose a $15 per hour minimum wage and work to reduce rent, child care expenses and the cost of pharmaceuticals. Harris has also placed more emphasis than many of her opponents on ending the gender pay gap.

Like most of her opponents, Harris endorses the Green New Deal. Her home state has placed a greater focus on climate issues than many other states across the country. She has come out in favor of electric cars, infrastructure projects, renewables and modern infrastructure.

She has also stood against President Trump’s attempts to repeal bans on offshore drilling and regulations on emissions standards. But she has avoided specifics in many cases. For example, she has not taken positions against fracking or pledged support for a carbon tax.

Kamala Harris has consistently attacked President Trump for what she terms as “systematically targeting women’s rights.” Soon after joining the Senate in 2017, Harris participated in the women’s march, calling on the nation to support women’s issues. She maintains a pro-choice voting record and has sometimes tried to block state laws which restrict abortion. She has also expressed support for Planned Parenthood and reproductive healthcare.

Harris has also voiced unique stances on women’s issues. She has specifically addressed race-based disparities in healthcare for expectant moms. She also wants to block those convicted of domestic violence from purchasing guns. Moreover, Harris wants to force companies to prove that they have complied with equal pay mandates or face fines as a consequence.

Harris has rarely spoken about the national debt, and her campaign website does not mention the issue. She did, however, highlight the nation’s debt in her attack on President Trump’s Tax Cuts and Jobs Act in 2017. The senator emphasized that Trump’s plan would add at least $1 trillion to the national debt over the next decade. Interestingly, her estimate came in lower than that of the Congressional Budget Office. The CBO forecast $1.9 trillion of added debt.

In an era of low unemployment, Kamala Harris and her opponents have not mentioned this issue as frequently. She suggested that unemployment is low because people are working “two or three jobs.” This claim has come under criticism by opponents.

However, she stands out on this issue with a bill called the 21st Century SKILLS Act. This would grant unemployed and underemployed workers up to $8,000 to pay for training and costs such as child care and transportation to facilitate class attendance.

Kamala Harris addressed this issue by supporting legislation pushed by some of her opponents. It would expand benefits offered by Social Security, as well as implement a plan to shore up the program for decades to come. This bill, introduced in February, would increase benefits by $1,342 for seniors who earn under $16,000 per year. It would also base cost-of-living increases on the actual spending patterns of the senior population. To help pay for the plan, Harris proposes increasing the amount of income subjected to Social Security taxes to $250,000 per year, up from the current $132,900 per year.

The Kamala Harris 2020 website mentions both the environmental and public health protections rolled back by President Trump, which she feels “ensure a healthy and sustainable future.” But she does not seem to approach environmental issues from a sustainability standpoint. Harris prefers to speak more specifically about climate change and other environmental issues.

Who Will Most Likely Support Kamala Harris?

Most pundits consider Harris one of the “top contenders.” Although endorsements have only come from three members of Congress from California, 21 of the 28 Democrats in the California State Senate — or 75% of the caucus — have confirmed their support. Harris registered an average of 8.3% support for the nomination in the RealClearPolitics average as of the time of this writing, putting her in fourth place among the presidential hopefuls.

Given Harris’ background and opinions, she stands the best chance of succeeding with white and African American women voters, particularly those with more progressive views. Many in the working class could also gravitate to her campaign.

She lags behind both Joe Biden and Bernie Sanders in name recognition. With both of these men in their late seventies, however, Harris appears well-positioned to benefit if voters begin to question the age of the lead candidates. According to the polls, she has also moved into third place in Iowa. Perhaps with a strong showing in the Hawkeye state, she could become a stronger contender in other primaries, increasing her odds of earning the Democratic Party nomination. 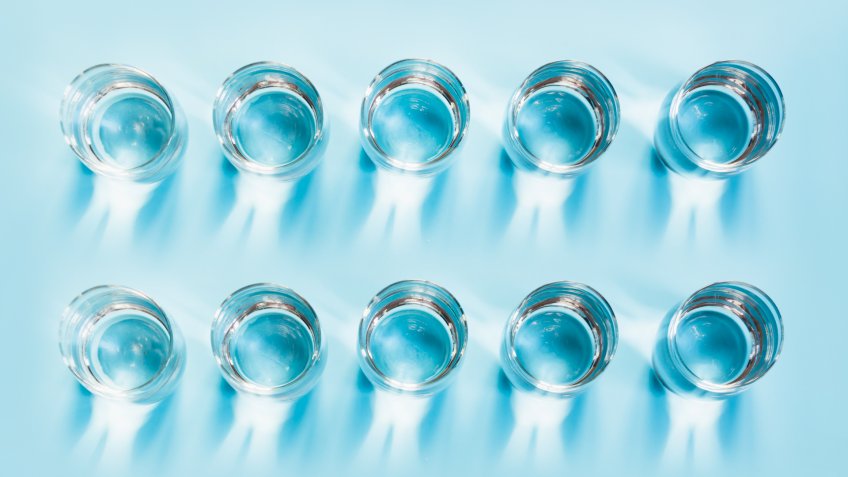 Cash payouts could reduce poverty, but at what cost?