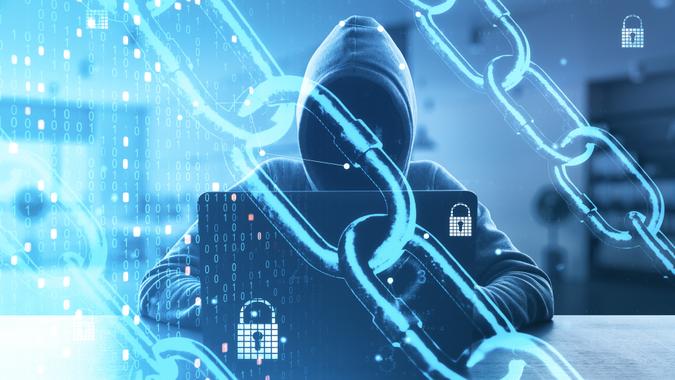 Experts and politicians have been warning Americans about the increasing threat of cybersecurity attacks from Russia as of late. In turn, some analysts have been very bullish on the sector’s economic prospects in the near future.

“We also believe a marked increase in cyber threats has been detected in the field with the industry on ‘red alert’ with this Russia cyber warfare underway,” he said in a note sent to GOBankingRates.

Ives said that Wedbush recently did another round of cybersecurity checks with enterprise CISOs, contacts in the Beltway and Tel Aviv, and partner/channel conversations to gauge the level of spending in this environment. Said checks revealed that “threat levels are increasing across the board and thus catalyzing some ‘eye-popping’ spending and budgets in the field.”

The cybersecurity industry’s leading players — including Palo Alto, Zscaler, Crowdstrike, Sentinel One, Check Point, CyberArk and Tenable — have been on the front lines of proactively guarding enterprises/governments from Russian cyberattacks. Thus far these entities, and others, have been very successful in dealing with the cybersecurity concerns that have sprung up alongside the invasion of Ukraine, he said.

“With a significantly elevated level of cyberattacks now on the horizon, we believe added growth tailwinds for the cybersecurity sector and well-positioned vendors should be a focus sector for tech investors at these levels,” Ives said. “With cybersecurity industry growth likely heading toward the mid 20% level in 2022 and accelerating from 2021, we believe this basket of cyber names should clearly outperform in the year ahead.”