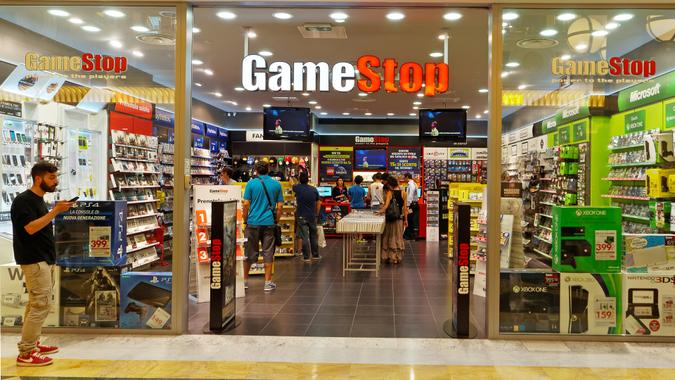 Although it is unclear whether CEO George Sherman, who came onboard in March 2019, has resigned, the company is working with an executive headhunter to find new leadership as the company “pivots from a brick-and-mortar video game retailer to an e-commerce firm,” Reuters reports.

Sources told Reuters that several members of GameStop’s board of directors are involved in the search, and candidates are being considered from the gaming industry, e-commerce firms and other technology sectors.

The changes have come about since the company’s fourth-quarter earnings call in late March, which followed a massive GameStop stock rally fueled by retail investors in January and February.

GameStop stock (NYSE: GME) was down nearly 11% at market close Monday, representing a $17 dip for the day, but a difference of $342 from its 52-week high of $483. Only two out of seven analysts following GameStop rate the stock a “hold,” while five recommend selling, Reuters says.