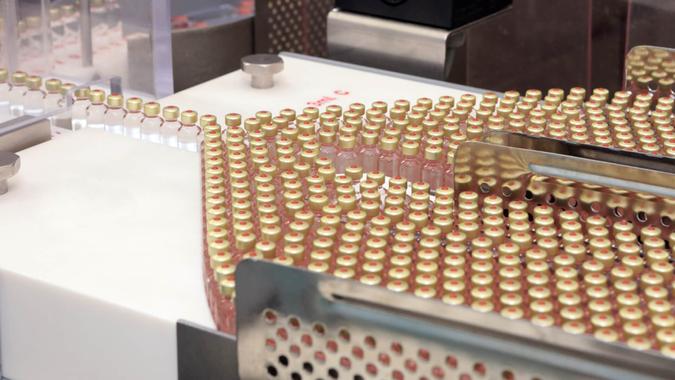 India could become the world’s second-largest COVID-19 vaccine maker after the U.S., with the ability to produce for both its own population and other developing countries.

More than 3.5 billion COVID-19 vaccines could be produced in India, compared to 4 billion in the U.S., said PS Easwaran, a partner at Deloitte India, according to CNBC.

India’s Bharat Biotech, a company that developed a vaccine along with the state-run Indian Council of Medical Research, said it has been approached by several countries across the world for its COVID vaccine, Covaxin. Covaxin was granted emergency approval use in India last month but faces controversy following its lack of transparency, according to Reuters.

The company says in a press release that “supplies from government to government in the following countries to take place: Mongolia, Myanmar, Sri Lanka, Philippines, Bahrain, Oman, Maldives and Mauritius.”

See: What Are the Hidden Costs of the COVID-19 Vaccine?
Find: Can Employers Require You to Get The Vaccine… Or Else?

Earlier this month, the company said it had entered in an agreement with U.S.-based biotech firm Ocugen to co-develop, supply and commercialize Covaxin. “Under the terms of the agreement, Ocugen will have U.S. rights to the vaccine candidate and will be responsible for clinical development, regulatory approval…and commercialization for the U.S. market,” the companies said in a press release.

“We are expanding our annualized capacities to deliver 700 million doses of our intramuscular Covaxin,” Bharat Biotech told CNBC.

See: Johnson & Johnson Requests Emergency Authorization of Its Single Shot Vaccine, Says It Can Ship Immediately
Find: When Can You Get the COVID-19 Vaccine – and How Much Will It Cost?

“India has been a manufacturing hub for vaccines…even before the pandemic, and should therefore be a strategic partner in the global inoculation against COVID-19,” JPMorgan analysts wrote in a report last month, according to CNBC.

India has supplied 15.6 million doses of the vaccine to 17 countries either through donations or commercial contracts, said foreign ministry spokesman Anurag Srivastava, according to Reuters.