If You Live in These 8 States, Apple Lets You Carry Your License on Your iPhone 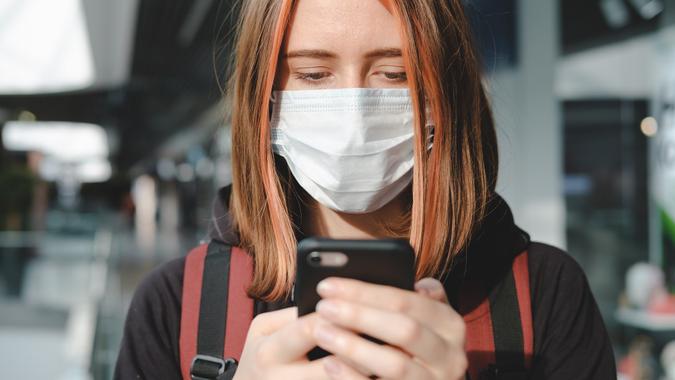 In the midst of multiple antitrust lawsuits in several countries, Apple is expanding its technology in ways that could help consumers ditch their regular, physical wallet in favor of the Apple Wallet app.

See: Apple to Allow Apps to Receive Payments on Their Own Platform
Learn: Why It’s Never a Bad Idea To Invest In Apple, Coca-Cola and These Other Companies

In a press release earlier this week, the iPhone manufacturer shared that several U.S. states will now allow residents to carry their state I.D. or driver’s license in a digital version stored in Apple Wallet. Arizona, Connecticut, Georgia, Iowa, Kentucky, Maryland, Oklahoma and Utah are the first states to adopt the technology, Apple reported.

The Transportation Security Administration (TSA) will streamline the airline check-in process by opening separate checkpoints and lanes for passengers who opt to show their license on their digital wallet rather than as a physical card. Apple Wallet can be accessed via an iPhone or Apple Watch.

More: The Cost of the Most Noteworthy Apple Products Through the Years

Apple refers to its Wallet as a “convenient and more secure way to present driver’s licenses and state IDs,” compared to physical wallets. The data in the wallet is encrypted and further protected by biometric authentication that requires facial ID or Touch ID. Only the person who added the information to the device can view or present their identification or license. What’s more, presenting the information doesn’t even require unlocking the device, as the encrypted information is transmitted digitally from the device and the identity reader, Apple says.

The Apple Wallet can already store many types of information that previously had to be printed or stored on cards, including event tickets, airline boarding passes and loyalty reward information for businesses. College students and faculty can often use Apple Wallet to make purchases on campus, and it’s accepted as a form of mobile payment at more than 85% of U.S. retailers, according to Apple.

Discover: The 8 Best Restaurant and Fast-Food Loyalty Programs
Find: What If You Had Invested In Apple Stock Instead of Buying the First iPhone?

Drivers of some tech-forward vehicles can even use their Apple Wallet to unlock their car. Soon, it will even be able to allow consumers to store digital keys to enter their house, apartment, hotel room or office building, according to Apple. If only Apple could find a way to incorporate hand sanitizer or wipes into the iPhone, there might be little reason to carry anything beside your iPhone in your pockets or bag.