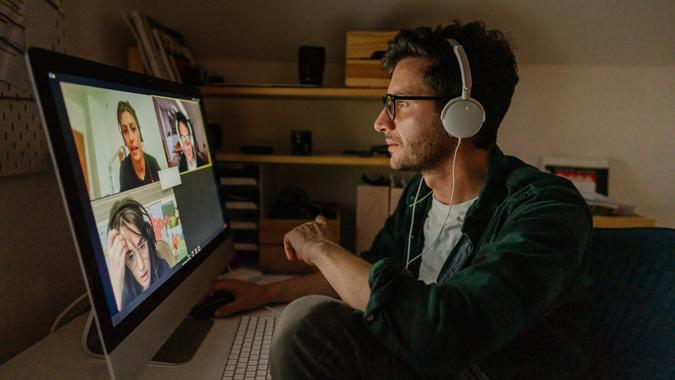 Citigroup, Inc. CEO Jane Fraser has announced “Zoom-Free Fridays” in a new effort to push back against pandemic fatigue for remote workers.

See: How to Avoid Work Burnout During a Pandemic
Find: The Best and Worst Things About Working From Home

Casual Fridays and “Summer Fridays” became popular methods to help employees unwind towards the end of the work week prior to the pandemic. Now, Citigroup might start a new trend designed to relieve weary remote workers from the constant pressure of staring at video calls: “Zoom-Free Fridays.”

Zoom fatigue has been reported by The New York Times as a stressor that was burning out employees who spent hours jumping between virtual conferences, only to then catch up with family and friends via video calls.

Instead of video calls, Citigroup plans to hold any internal meetings as audio-only calls and has asked employees to limit calls occurring outside of workplace hours.

See: 40 Legit Companies That Will Pay You to Work From Home
Find: 11 Reasons a Four-Day Workweek Is Better for Everyone

“I know from your feedback and my own experience, the blurring of lines between home and work and the relentlessness of the pandemic workday have taken a toll on our well-being. It’s simply not sustainable,” Fraser said in a memo viewed by Reuters on Tuesday.

Fraser also announced a new company-wide holiday — Citi Reset Day — to give employees a much-needed break, according to NBC News.

This memo was released one day after Goldman Sachs CEO David Solomon announced measures the company would take to address the concerns of overworked employees, according to Reuters. An internal survey sent out to Goldman Sachs employees revealed that many junior bankers were working an average of 95 hours per week.

“When our work regularly spills over into nights, very early mornings and weekends, it can prevent us from recharging fully, and that isn’t good for you nor, ultimately, for Citi,” Fraser said in the memo.

Fraser also revealed that Citigroup would adopt a hybrid working model post-pandemic, allowing many employees to work three days in the office and two days at home, according to Reuters.