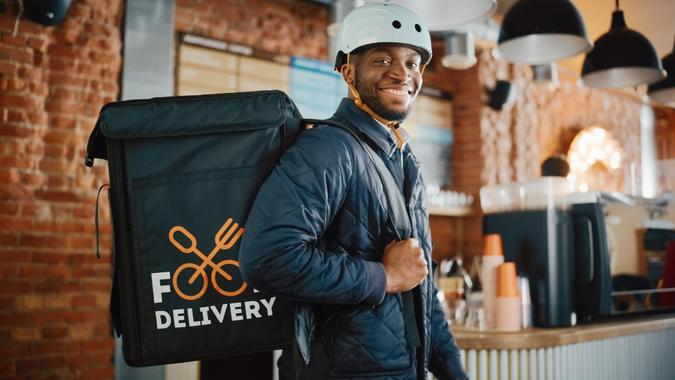 Nearly 1 out of every 5 gig drivers collected unemployment benefits during the pandemic’s peak, according to an analysis by JPMorgan Chase Institute. These gig drivers worked through online platforms and offered services such as ride-hailing, like Lyft and Uber, or delivery, like Instacart and Doordash.

See: Looking for a Seasonal Side Gig? These 16 Places Are Hiring Right Now
Find: Work From Home Gigs You Didn’t Know Pay Weekly

This number was just under 19% in July 2020, the highest share among drivers and nearly twice the rate of non-platform groups, according to CNBC. Benefits peaked between 13% and 15% for non-driver gig workers and 9% for non-gig workers.

According to the report, the majority of drivers tend to live in low-income households and make up the biggest share of gig workers. Fiona Greig, co-president of the JPMorgan Chase Institute, says that the data shows that lawmakers should consider gig workers when designing the U.S. safety net, CNBC added. The social safety net is made up of various programs to protect low-income Americans from poverty and hardship.

From a welfare perspective, gig drivers were the biggest concern for policymakers, says the report. Not only are they the largest group, but they have the lowest household incomes and were the most likely to have received unemployment insurance during 2020.

Gig work is generally treated as contract work, which is not typically eligible for state unemployment benefits. However, through the Pandemic Unemployment Assistance program, millions of gig workers, freelancers and part-time workers were able to collect benefits up until this past Labor Day, CNBC reported. Now, there are calls for aspects of the PUA program to be permanent.

See: 22 Side Gigs That Can Make You Richer Than a Full-Time Job
Find: Uber vs. Lyft: Pros and Cons of Each Rideshare Service

Active platform drivers saw a 40% drop in revenue in April 2020, given the fall in demand for transportation services. However, the report found that revenues rebounded in June 2020 to near pre-pandemic levels. It is unknown whether drivers were working longer hours and earning less per trip to sustain revenues.