66% of Americans Will Hold Off on Buying a Home Due to Rising Interest Rates, Inflation 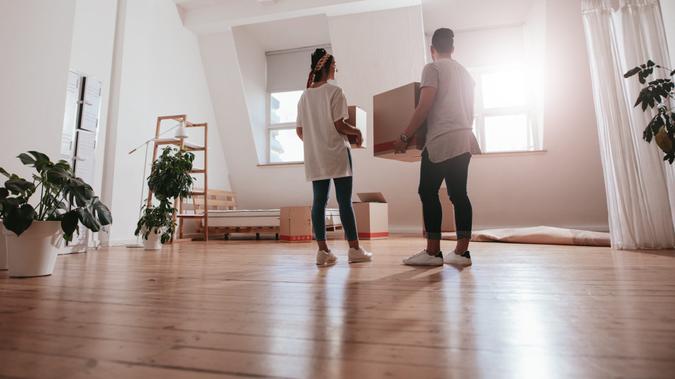 Rapidly rising interest rates, a 41-year-high rate of inflation and tight housing supply are making buying a home even more expensive — and more complicated — for many Americans. A new GOBankingRates survey finds that 66% of Americans who were looking to buy a home in 2022 are now holding off as interest rates hit 5%.

Discover: 15 Worst States To Live on Just a Social Security Check
More: In Less Than a Decade, You Won’t Be Able To Afford a Home in These Cities

The findings are also reflected in the number of mortgage applications, which decreased for the fourth consecutive week as of April 8. Mortgage rates fell 1.3% from one week earlier, according to data from the Mortgage Bankers Association’s (MBA) Weekly Mortgage Applications Survey.

The MBA said that mortgage rates across all loan types continued to move higher, with the 30-year fixed rate exceeding the 5% mark to 5.13%, the highest since Nov. 2018.

Reflecting the 41-year inflation high, American consumers’ expectations about the economy and personal finance turned bleak in March, as Americans are expecting home prices to rise at a faster pace over the coming twelve months than they expected last year, according to a Federal Reserve Bank of New York survey released April 18.

Not surprisingly, Americans expect the average home price to rise sharply in the coming year, with a 7% price increase, compared to the 5.7% increase expected a year ago. This data represents the highest level of expected price increase since the inception of the survey in 2014.

Americans who are renters are also very pessimistic about their probability of owning a home in the future, with a decline to 43.3% this year from 51.6% in 2021. This figure also represents a series low, and is well below 50% for the first time since 2014, the survey notes.

See: POLL: How Much Do You Expect Your Tax Refund To Be This Year?
Find: Gas Stimulus, Elon Musk, and More Financial Updates

Along those lines, Americans also feel that rents will soon be higher — expecting a 11.5% increase over the next 12 months — compared to a 6.6% expected hike in Feb. 2021, the survey notes.