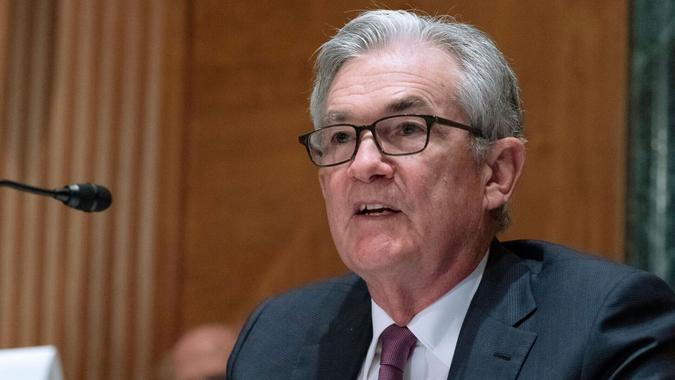 See: American Workers Get Less Social Security and Less Paid Time Off Than Workers in Other Countries
Find: Could Biden’s Build Back Better Plan Make Inflation Worse? Senior Economists Are Torn, but Not Overly Concerned

The announcement comes following weeks of speculation, as this was the latest a president has waited before nominating somebody the year before a nominee needs to be selected. In addition, Brainard was seen as Powell’s potential contender.

“While there’s still more to be done, we’ve made remarkable progress over the last 10 months in getting Americans back to work and getting our economy moving again,” Biden said in a statement on the White House website. “That success is a testament to the economic agenda I’ve pursued and to the decisive action that the Federal Reserve has taken under Chair Powell and Dr. Brainard to help steer us through the worst downturn in modern American history and put us on the path to recovery.”

“His steady hand will assuredly guide us through the coming years as well, which are bound to be challenging and complex in known and yet unknown ways,” Kopko said.

Biden added he is confident that Chair Powell and Dr. Brainard’s focus on keeping inflation low, prices stable, and delivering full employment “will make our economy stronger than ever before.”

“Together, they also share my deep belief that urgent action is needed to address the economic risks posed by climate change, and stay ahead of emerging risks in our financial system. Fundamentally, if we want to continue to build on the economic success of this year we need stability and independence at the Federal Reserve – and I have full confidence after their trial by fire over the last 20 months that Chair Powell and Dr. Brainard will provide the strong leadership our country needs.”

Craig Erlam, Senior Market Analyst, UK & EMEA, OANDA, told GOBankingRates that “the renomination doesn’t come as a massive surprise and the combination of Powell as Chair and Brainard as Vice is just the kind of compromise you would expect of Joe Biden.”

“That said, the markets are moving on the back of it, turning a little more hawkish on the expectation that this lays the groundwork for a potential acceleration in tapering and earlier rate hikes starting next summer,” Erlam said. “Brainard is viewed as the more dovish option, even if the gap between the two probably isn’t too significant.”

See: Social Security Benefits Might Get Cut Early — What Does It Mean for You?
Find: Will Biden’s Build Back Better Plan Increase National Debt? Yellen Says No

Treasury Secretary Janet Yellen said in a statement today that “the steady leadership of Chair Powell and the Federal Reserve helped ensure that America’s economy was able to recover from a once-in-a-generation health and economic crisis.”

“Over the past few years, Chair Powell has provided strong leadership at the Federal Reserve to effectively meet and address unexpected economic and financial challenges, and I am pleased our economy will continue to benefit from his stewardship,” Yellen said in the statement. “I am also grateful that the President has nominated Dr. Brainard to serve as Vice-Chair. Lael is a respected economist with years of experience and has been instrumental in the nation’s recovery.”