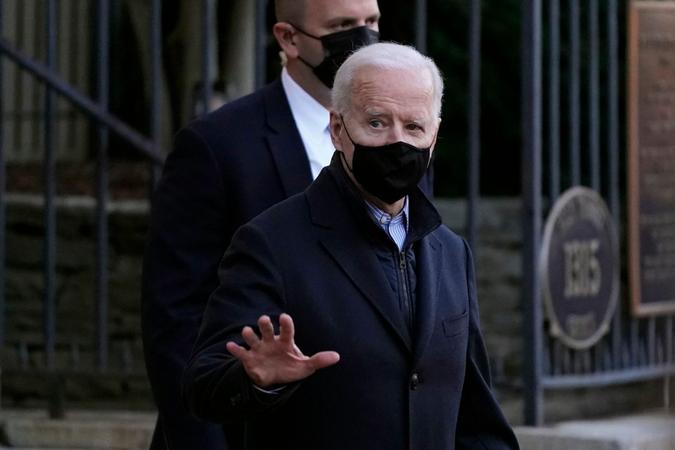 President Joe Biden is raising eyebrows with his proposal to raise corporate taxes to help pay for his infrastructure spending plan. Biden said that there’s “no evidence” that this increase from 21% to 28% will hurt the U.S. economy by sending businesses overseas.

See: Yellen Calls for a Global Corporate Tax Minimum — Could She Stop Companies from Moving Overseas?
Find: Nike and FedEx Among Companies That Paid $0 in 2020 Federal Income Tax

“Here you have 51 or 52 corporations in the Fortune 500 [that] haven’t paid a single penny in taxes for three years,” Biden told reporters after spending Easter weekend at the Camp David presidential retreat in Maryland. This proposed increase would fund his administration’s $2 trillion plan that he says will deliver a “once-in-a-generation investment” in the U.S.

According to a 2019 World Economic Forum report, the U.S. ranks 13th in the world in overall infrastructure. The Biden administration is using this evidence to emphasize the need to upgrade U.S. infrastructures such as roads and bridges and power lines.

Former President Donald Trump reduced the corporate rate in the 2017 Tax Cuts and Jobs Act from 35% to 21% in an effort to rebuild America’s infrastructure. However, there was no delivery on that promise.

See: US Companies Added Most Jobs Since September Last Month
Find: How the Biden Presidency Will Impact the Economy by the End of 2021

Biden’s plan has received criticism from both Democrats and Republicans, including Democratic Senator Joe Manchin, whose decision could determine the plan’s passage in a Senate split between the two parties.

White House press secretary Jen Psaki told reporters that Biden was open to discussion. While Manchin favors a 25% rate, Psaki mentioned that the 28% rate would be lower than it was at any time from the Second World War until 2017.

Biden’s plan is also focused on addressing inequalities experienced across the U.S. While the U.S. Chamber of Commerce called the administration’s plan “dangerously misguided,” as the U.S. economy recovers from the pandemic, the International Monetary Fund was in favor of using taxes to alleviate exposed inequalities, according to Reuters.

Without Republican backing, Biden will need his plan to pass by a majority in the Senate. Democrats will need Manchin’s support to pass any tax increases. “If I don’t vote to get on it, it is not going anywhere,” Manchin said, according to a Bloomberg report.