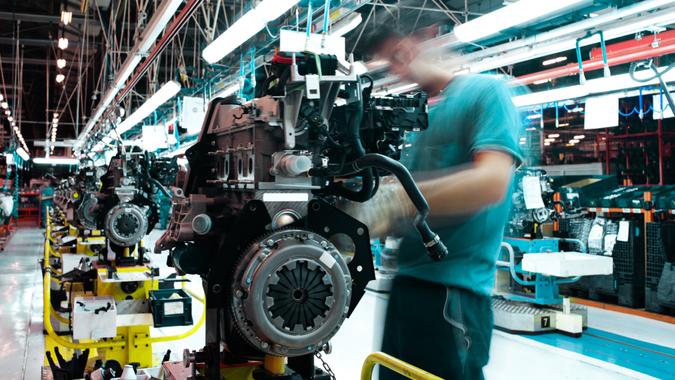 The global chip shortage –which some experts have referred to as “chipageddon” or “chipacolaypse”– has no end in sight and is now affecting the auto industry so much that it is expected to lose $210 billion globally in revenue this year.

“Of course, everyone had hoped that the chip crisis would have abated more by now, but unfortunate events such as the COVID-19 lockdowns in Malaysia and continued problems elsewhere have exacerbated things,” Mark Wakefield, global co-leader of the automotive and industrial practice at AlixPartners, said in the announcement.

“Also, chips are just one of a multitude of extraordinary disruptions the industry is facing — including everything from resin and steel shortages to labor shortages. There’s no room for error for automakers and suppliers right now; they need to calculate every alternative and make sure they’re undertaking only the best options.”

Earlier this month, General Motors, parent company of Chevrolet, GMC, Cadillac, and Buick, said it was temporarily halting production at six of its North American factories as a result of the global chip shortage, as previously reported by GOBankingRates.

President Mark Reuss, speaking at a conference earlier this week, said that the supply of semiconductor chips would soon improve, but that the available volume would still fall short of the amount needed, according to Reuters.

“We’re going to see a stabilization to some extent before we see getting the volume we really need,” Reuss said at a Detroit Regional Chamber conference in Michigan. Executives said they expect 2022 to be a “more stable year” for chip suppliers, but added that wholesale deliveries could be down by 200,000 vehicles amid the shortage with possible effects lasting into 2023.

More: 6 EV Stocks To Watch: What You Need To Know Before Investing

Several other automakers have had similar issues, including Ford Motor said who announced last month it would temporarily shutter its Kansas City assembly plant that builds its best-selling F-150 pickup truck due to a semiconductor-related part shortage, according to CNBC.

Tesla CEO Elon Musk also addressed the issue in July during an investor call, noting that “while we’re making cars at full speed, the global chip shortage situation remains quite serious. For the rest of this year, our growth rate will be determined by the slowest part in our supply chain which is a — there’s a wide range of chips that are at various times the slowest part in the supply chain,” according to the transcript of the call.

Dan Hearsch, managing director in AlixPartners’ automotive and industrial practice, added that there really are no “shock absorbers” left in the industry right now when it comes to production or obtaining material, according to the announcement.

Find: 50 Most Environmentally Friendly and Affordable Vehicles
Learn: Looking to Purchase a New Vehicle? Here’s Why You Might Not Find Your Dream Car

“Virtually any shortage or production interruption in any part of the world affects companies around the globe, and the impacts are now amplified due to all the other shortages,” Hearsch added. “That’s why it’s critical that companies be armed with good information and analysis to begin with, and that they follow through with flawless, determined execution.”