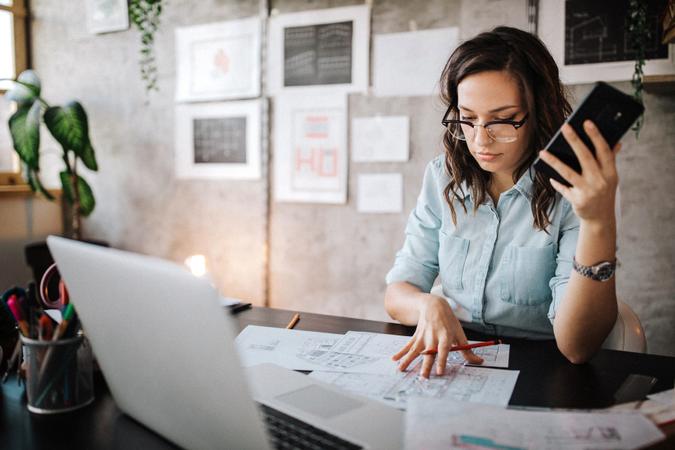 A large number of Americans have less than $300 in savings, an amount lower than in previous years. And women have been impacted most by the inability to save, reflecting the financial gender gap exacerbated by the pandemic.

See: Americans’ Savings Drop to Lowest Point in Years
Find: COVID-19 Is Changing How (and Whether) We Take Care of Ourselves – and Our Healthcare Dollars Tell the Story

A new GOBankingRates survey found that 40% of Americans have less than $300 in savings. In addition, the data uncovered a massive gender gap for the $0-$300 range in savings, affecting 45.51% female compared to 29.08% male respondents. This pattern is on both ends of the financial spectrum, as a much higher share of male respondents hold savings in the $5,000 or more range. 38.58% of men have saved at least this much, compared to 22.6% of women. The discrepancies continue in the $10,000 or more in savings bracket, where the figures are 24.63% for men, compared to 14.9% of women.

Carol Tompkins, business development consultant at online accounting platform  AccountsPortal, tells GOBankingRates that one of the major contributors to the gender gap in savings is the fact that women earn less than men in nearly all professions, and as such, women have significantly less money to save than men.

See: A ‘Staggering’ 2.6 Million Women Have Left the Workforce Since the Pandemic Started
Find: 8 Reasons Women Should Get a Financial Advisor Right Now

“This situation was exacerbated last year when nearly everyone lucky enough to still have a job had to undergo major pay cuts. Everyone employed was earning less, but men were still earning more than women,” Tompkins says. “In addition, during the pandemic, economic reports clearly showed that more women than men lost their jobs. Loss of income means you are unable to save, and that is why we see such a huge gender disparity when it comes to saving. More men than women had jobs in 2020, which means that fewer women were able to put any money towards saving last year.”

So many mothers following me are facing burnout because of the pandemic. Systematic and systemic changes will take a long time to recover, the first point of improvement globally has to be women's income levels. Women are just not earning enough money to sustain their own lives.
— Shinjini Das (@SpeakerShinjini) February 6, 2021

While both genders said that one of the main obstacles to saving was living paycheck to paycheck, women again were the most affected, with 40.38% of women surveyed citing it as a reason, versus 32.05% of male respondents.

Andrew Murray, content data researcher at ConsumerTrack, says that these numbers can be attributed to a multitude of factors, including the ongoing wage gap between the two sexes that continues to see women paid less money than their male colleagues for equal work.

“The current ongoing COVID-19 pandemic [could also be to blame], as in terms of unemployment it’s affecting women at a much higher rate than men. With children out of school and most childcare institutions/practices closed, once again, the responsibility of children overwhelmingly falls on the shoulders of mothers, both working and non-working, and we all know children are expensive to care for. Many women are also having to make the unfair decision to leave their current jobs to care for their young children who either have nowhere to go or no means to have a babysitter watch the children, thus resulting in the drop in labor force participation,” he says.

See: States With the Biggest (and Smallest) Gender Pay Gap
Find: How To Save Money During COVID-19

Indeed, women have left the workforce in droves during the pandemic, with 2.6 million women not working anymore since February 2020.

Following the Labor Department’s January jobs report, which revealed that 49,000 jobs had been added last month, White House economists Heather Boushey and Jared Bernstein, noted that while the unemployment rate for men and women is relatively similar, women have left the labor force in “staggering numbers.” This phenomenon is reflected in the employment rate among women age 25 to 54, which is down 4.1 percentage points since February 2020, compared to a decrease of 3.9 percentage points among men.

From rearranging work schedules or helping with remote learning, “pandemic parenting” is reshaping the workforce. “The larger decrease for women is unusual and likely reflects both the industries that this pandemic has hit and increased care responsibilities that have been pulling women out of the labor force,” Boushey and Bernstein say.

Lastly… women lagging behind at work isnt because of children, its because the workplace hasn't been redesigned enough since only men were allowed to be in the workforce. Society has allowed women to work but hasn't made work fit for women.
— OZZY (@ozzyetomi) February 12, 2021

Celeste Revelli, director of financial planning at eMoney, puts these findings in historical context, saying that  women were not allowed to have their own bank accounts or credit cards without a male cosigner until the Equal Opportunity Act of 1974. “The impacts of these limitations and setbacks for women will continue to exist for possibly more decades to come, as lasting gender biases around women’s involvement with money management and proactive access to financial education will continue through generations,” she tells GOBankingRates.

Revelli also notes the many alarming statistics about the drop in the female workforce due to COVID, saying that while some of the job losses were involuntary as a result of closures, restrictions and business reductions, quite a few job losses were a result of hard decisions that women and their families had to make around childcare due to school and daycare restrictions.

Finally, she points to the financial literacy gap that also exists between men and women. “This is also caused by downstream impacts of women being generally kept out of the workforce until just a few decades ago, and they were also largely left out of financial decisions because they had no income to contribute. These societal dynamics have impacted women’s financial confidence and empowerment to take action over their financial lives.”