Employment: SCOTUS Blocks Vaccine Mandate for Large Employers — How Will It Impact the Labor Shortage? 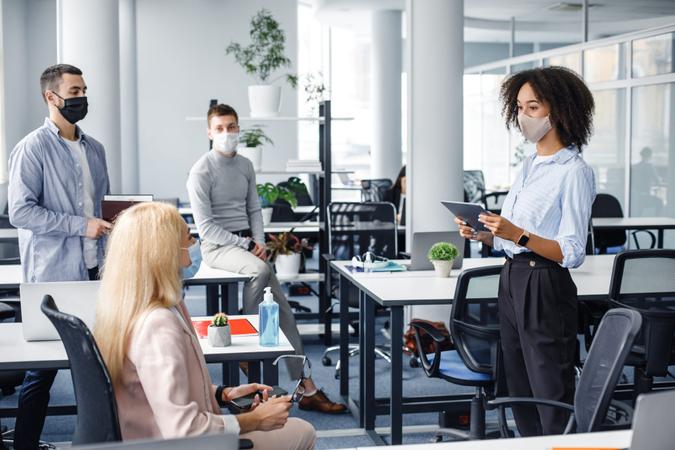 The Supreme Court’s decision on Thursday to block the Biden administration from implementing a vaccine-or-test mandate on large employers was probably welcome news for companies having a hard time filling payrolls in the tight labor market.

But the news might not have been so welcome for employees who have joined the Great Resignation out of fear of contracting COVID-19.

The SCOTUS vote in the employer mandate case was 6 to 3, The New York Times reported. In a separate 5 to 4 vote, the court did allow a mandate that requires healthcare workers at federally funded facilities to be vaccinated.

The employer mandate would have required workers at companies with 100 or more employees to get a COVID-19 vaccine and submit to weekly tests. Exceptions were allowed for workers with religious objections and those who don’t come into close contact with others at their jobs, such as outdoor or remote workers.

The SCOTUS decision came after the Occupational Safety and Health Administration issued the mandate in November. At the time, the mandate applied to more than 84 million workers.

With no mandate in place, large employers should have an easier time retaining and recruiting employees in the current labor market, many experts say.

“Ultimately, this could increase retention and hiring by some, given that unvaccinated individuals could now qualify for certain roles,” said Dr. Elora Voyles, an industrial-organizational psychologist and people scientist with TINYpulse, which provides solutions designed to help company leaders better engage with their workers.

See: Unemployment Benefits Extended to Vaccine Mandate Job Losses in These 5 States
Find: Can You Ask Your Co-Worker If They Are Vaccinated?

At the same time, she said, her company’s research has found that vaccinations are not that big an issue with most workers.

“Our data shows only 3.9% of employees would consider quitting over a mandate,” Voyles said in an email statement to GOBankingRates.

According to a survey conducted by TINYpulse in November, about 22% of human resources and business leaders reported no vaccine policy in their organizations.

See: No Vaccines Requirements is the New Job Perk Offered By Some Employers
Find: Unemployment Loophole — Positive COVID Tests May Disqualify You, but Exposure Might Prove Grounds for a Claim

One sector of the economy that could benefit from fewer vaccine restrictions is healthcare, which has faced major shortages of workers in the United States. Some of the nation’s biggest hospital systems — including HCA Healthcare and Tenet Healthcare — dropped vaccine mandates for staff after a federal judge temporarily halted a Biden administration mandate that healthcare workers get vaccines, The Wall Street Journal reported last month.

Vaccine mandates had been considered a major factor in limiting the supply of healthcare workers, the WSJ reported, citing comments from hospital execs, public-health authorities and nursing groups.

Meanwhile, a December article in USA Today quoted employment lawyers who said the federal vaccine mandate for large companies could worsen the labor shortage because it would force employees who test positive to quarantine even if they have no symptoms.

But a vaccine mandate might also have served another purpose: easing the fears of people who have left the workforce for health and safety reasons.

As GOBankingRates previously reported, one of the reasons some Americans have opted to join the Great Resignation is fear of COVID infection and quarantine. This is especially true in the transportation industry, where a shortage of truck drivers and cargo workers has been a major factor in the supply chain logjam. For these workers, the lack of a vaccine mandate might be an impediment to returning to work.