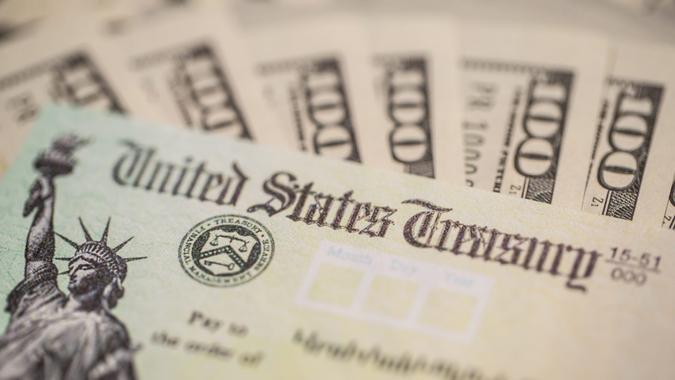 Talk of a fourth stimulus check continued to make the rounds as U.S. lawmakers grapple with how best to help Americans who are still struggling under the weight of the COVID-19 pandemic. Speculation centers on how another spending package, currently being put together by the Biden administration, will deal with financial relief.

Explore: Will There Be a Fourth Stimulus Check? How Much Will It Be? All Your Questions Answered
Weigh In: If You Get a Stimulus Check, How Will You Use It? Take Our Poll

While there will almost certainly be some kind of relief included, less certain is what form it might take. As CBS News reported over the weekend, the federal government has already delivered up to $3,200 in direct payments to each eligible American adult: $1,200 as part of the Coronavirus Aid Relief and Economic Security (CARES) Act in March 2020; $600 in a December stimulus package; and $1,400 under the American Rescue Plan signed in March by President Joe Biden.

Meanwhile, lawmakers are pressing for more financial aid. Nearly two dozen Senate Democrats sent a letter to Biden on March 31 urging him to implement recurring payments and automatic unemployment insurance tied to economic conditions, according to Business Insider. Their reasoning is based on evidence that direct cash payments have played an important role in fighting poverty, boosting small-business revenue and increasing state and local revenues.

Discover: Over Half of Americans Need $1,400 Stimulus to Pay Basic Expenses
Watch Out: This Loophole Is Allowing Debt Collectors to Take Your Stimulus Check

So no matter what, another round of stimulus relief is very likely. It just might not look like the checks or direct deposits we’ve all become accustomed to.