This Loophole Is Allowing Debt Collectors to Take Your Stimulus Check 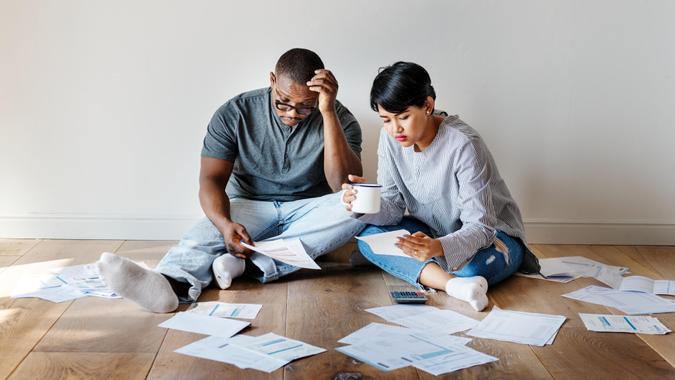 As soon as the third economic stimulus payment authorized by Congress is delivered to millions of Americans, it could be seized by debt collectors for outstanding credit card or medical bills. USA Today reports this third payment is not exempt from garnishing by a debtor.

See: If You Get a Stimulus Check, How Will You Use It? Take Our Poll
Find: How to Tackle Paying Off Unexpected Medical Debt

Payments Immune From Back Taxes but Not Outstanding Debts

Under law, the second $600 economic stimulus payment was excluded from being seized towards the repayment of a judgement. However, the same exemption was not granted for the latest round of $1,400 payments arriving in bank accounts this week.

Although the IRS cannot claim the payments towards back taxes, all a debt collector needs to do is to prove it has a judgement against an individual. Without question, the money could be taken by debt collectors for state taxes, credit card debts or unpaid medical bills.

The American Bankers Association is among the groups asking Congress to close the loophole and allow Americans to use the money for their living needs. In a letter to U.S. Treasury Secretary Janet Yellen, the ABA joined 18 other groups demanding legislation to protect the extra cash.

See: Americans’ Savings Drop to Lowest Point in Years
Find: What Are the Key Money Lessons From COVID-19 That We Need to Keep Moving Forward?

“Many people were already struggling prior to the coronavirus crisis and millions have now been laid off or had their hours cut,” the letter reads. “Allowing economic impact payments to be garnished could impose significant burdens on some families, especially those in communities of color, facing unprecedented circumstances.”

Legislators are promising to introduce additional laws which would prevent this third stimulus check from being taken by debt collectors. However, because it was not introduced prior to the payments dropping into accounts, it could be a case of too little, too late.

See: Exclusive — Nearly Half of All Americans Missed Rent or Mortgage Payments Due to COVID-19, New Study Reveals
Find: How Each Generation Has Been Affected Financially by the Pandemic

For the most vulnerable Americans, debt collectors could be only one of the problems they are facing. The ABA also notes that the 5% of American households without a traditional bank account could experience significant delays in not only their stimulus check, but also advance payments of the expanded child tax credit.