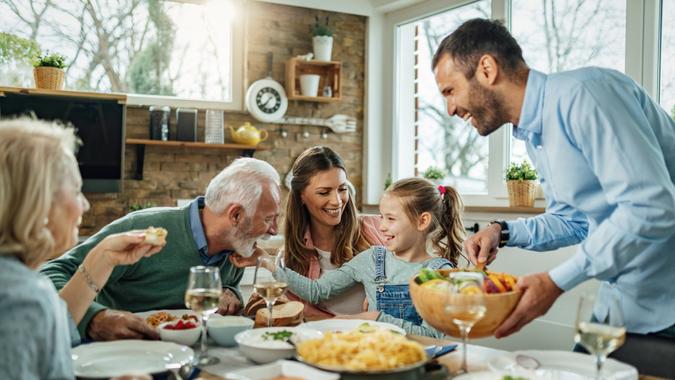 Millions of Americans are poised to receive up to $3,600 per child in enhanced Child Tax Credits this year as part of the American Rescue Plan COVID relief package. Yesterday, Rep. Richard Neal (D-Mass.), chairman of the House Ways and Means Committee, proposed a new bill, called the Building an Economy for Families Act, that would make the tax credit enhancements and other American Rescue Plan measures permanent, CNBC reported.

See: Biden’s New Families Plan — How Will It Actually Affect Your Kids?
Find: What to Do With the $3,000 Child Tax Stimulus

The American Rescue Plan enhancements increase the Child Tax Credit’s value, make the credit available to families with older children and make the credit fully refundable. Families can opt to receive half their total credit in monthly installments beginning in July and lasting through December. From there, a lump sum of the remaining 50% will be credited in 2022.

The enhanced tax credit is currently slated to apply to this year only, although President Biden’s American Families Plan, which he’ll introduce at 9 p.m. ET tonight before a joint session of Congress, would extend it to 2025, according to a White House fact sheet. Under Neal’s proposal, the enhancements would become a permanent part of the tax code.

CNBC reported last month that Biden’s enhanced Child Tax Credit was expected to result in an average tax cut of $2,700, according to the Urban-Brookings Tax Policy Center. In addition, 90% of the lowest income earners in the country would get a tax break, with the bottom fifth getting the biggest amount of $3,800 on average. If the changes are made permanent in conjunction with the other major parts of the American Rescue Plan Act, the Urban Institute estimates that child poverty will fall to 6.5%, less than half of what it is today.

With a few exceptions, congressional Democrats generally back a “go bigger” approach to stimulating the economy and providing relief for families. However, Republicans are likely to oppose  Biden’s American Families Plan and the House Building an Economy for Families Act because of the size of the spending and the tax hikes needed to pay for it. As The Washington Post reported on Sunday, Republicans are promoting fiscal discipline as they voice concerns about the growing deficit and warn that more big spending could trigger inflation.

When asked by Edward-Isaac Dovere, a staff writer at The Atlantic, if he’s optimistic about getting Republican backing for the House bill, Neal replied, “I am going to make every effort to get their support.”