Hubble Examines Asteroid That’s Worth More Than the Global Economy 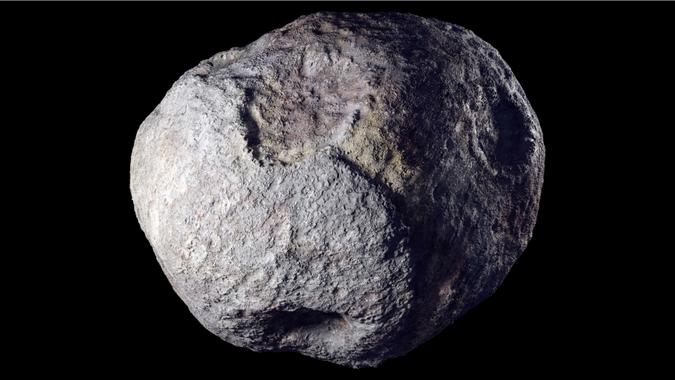 The Hubble Space Telescope has captured a new, clear picture of the 16 Psyche asteroid — one of the most valuable asteroids we know to be in existence, Forbes reported. Some estimates place the value of the asteroid at $10,000 quadrillion. To put that in perspective, the global economy was worth about $142 trillion in 2019.

What makes the asteroid so valuable? Well, for starters, it’s huge — it’s about 140 miles wide. And it appears to be made out of pure metal, which is very rare for an asteroid.

“We’ve seen meteorites that are mostly metal, but Psyche could be unique in that it might be an asteroid that is totally made of iron and nickel,” Dr. Tracy Becker, a planetary scientist at the Southwest Research Institute in San Antonio, Texas, told Forbes.

Psyche is located about 230 million miles from Earth and is one of the most massive objects in the solar system’s main asteroid belt, which orbits between Mars and Jupiter. Because it is so dense and metallic, scientists believe that Psyche is actually a “protoplanet” — the leftover core of a planet that failed to fully form. Many planets, including Earth, have a metal core, typically composed of iron and nickel. Becker believes that Psyche may have been struck by another object during its formation, destroying its mantle and crust.

Although Hubble has been able to get clear images of Psyche, only a visit to its surface will reveal what it’s really like. Fortunately, NASA is planning to do just that as part of its Discovery Program. An orbiter is set to launch from Florida’s Kennedy Space Center in August 2022, putting it on track to arrive at Psyche in January 2026. The orbiter will spend at least 21 months mapping and studying the asteroid’s unique properties. Visiting Psyche could give researchers more insights into the very, very valuable stuff planets are made of.

See how much these other pricey items cost — they might seem like a deal compared to this asteroid.

The photo is for representational purposes only.