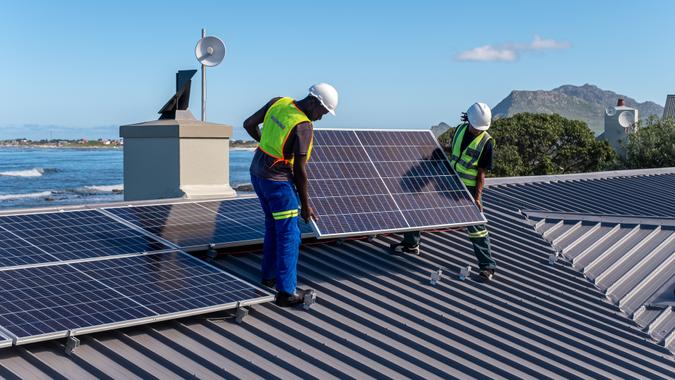 With the Senate passing the Inflation Reduction Act — legislation focused around climate, taxes, and health care — on Aug. 7, the federal government appears poised to make inroads on environmental policy on several different levels.

Beyond the spending that will go towards families’ bottom lines, the Inflation Reduction Act also focuses on clean and sustainable energy and is the largest bill to take on these reforms in U.S. history. It will allocate more than $360 billion towards modernization efforts, including $60 billion invested in the manufacturing and implementation of wind turbines and solar panels across the 50 states. There will also be tax credits for families who install solar panels or buy electric cars.

Per NPR, Democrats claim that these measures will end up reducing greenhouse gas emissions by 40% as of 2030. As well, there are estimates that the legislation would end up creating 550,000 new jobs in the green energy sector.

Discover: What Is the Average Social Security Benefit at Age 62?
More: What Is the Highest Income for Food Stamps in 2022?

The American Council on Renewable Energy issued a statement about the effects, writing that, “The legislation’s landmark investment of $369 billion in climate and clean energy programs will help deploy thousands of megawatts of renewable power, create hundreds of thousands of good-paying American jobs, reduce the cost of electric power and finally put the country on track toward achievement of our climate goals.”