While More Americans Took on Holiday Debt in 2021, the Amount Was Less — Find Out How Much 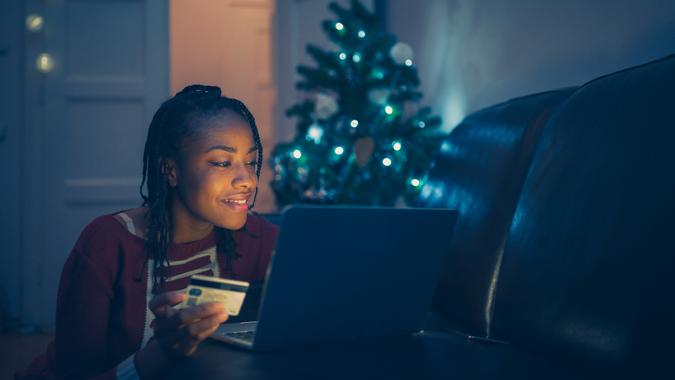 About one in three American shoppers took on more debt over the holidays, owing $1,249 on average after using credit cards, taking out personal loans or using buy now, pay later financing to purchase gifts. According to the latest LendingTree survey, 36% of Americans took on debt this holiday season compared to 31% in 2020; however, the average holiday debt owing for 2021 is down 10% from $1,381 last year.

See: Retail Holiday Sales Increased 8.5%, Despite Omicron, Inflation and Supply Chain Disruptions
Find: Why You Should Give Gift Cards This Holiday Season

MarketWatch noted that those financially struggling due to the pandemic may not have been willing to borrow as much as they typically would. A previous LendingTree survey found that people were “dreading” the holiday season due to the pressure to spend more. About 41% of respondents expected to go into debt, and 13% of those polled were still paying off debt from last year.

“There’s a real divide in how Americans are feeling financially right now,” says Matt Schulz, LendingTree chief credit analyst. “The pressure on parents from kids, friends, relatives and from society in general to give until it hurts during the holidays is very real.”

Explore: Suze Orman, Dave Ramsey and More Experts Give Their Top Advice About Getting Out Of Debt
Learn: Jaw-Dropping Stats About the State of Debt in America

Parents of children under the age of 18 were more likely to take on debt (54%) and 50% of millennials said they built up more debt in December. Millennials and parents borrowed $1,462 on average for the holidays.

“Millennials aren’t college kids anymore,” Schulz added. “Many are getting married and starting families, and those things are really expensive. When you factor in inflation, it’s an even bigger issue.”