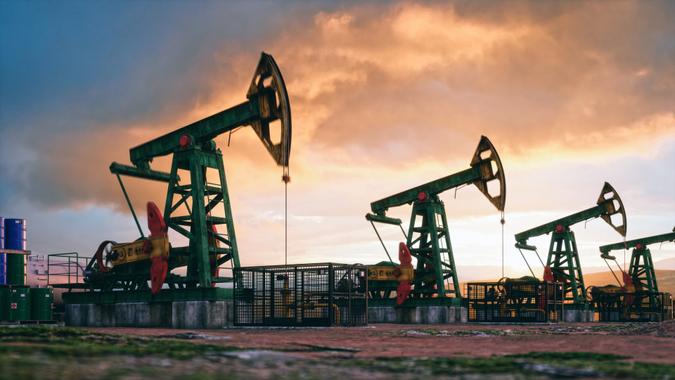 Infrastructure spending is expected to increase energy demand since it includes money allocated for the betterment of the nation’s roadways, railways and ports, all of which could see increased traffic which will require an increase in oil for their operation.

The economic boost expected from the bipartisan deal comes from the $312 billion allocated for transportation renewal projects, all of which are said to increase the number of jobs and construction crews necessary to complete the jobs.

Additionally, $109 billion is allocated to roads, bridges and other major projects while $49 billion will be allocated to public transit.

Another $66 billion will be allocated towards passenger and freight rail improvements, a chunk of which could require increased use of energy during both the improvement process and the usage thereafter.

See: US Considers Releasing Oil Reserves to Combat Inflationary Pricing
Find: If Your Money Is In These Banks, You Might Be Invested In Oil and Gas

“The impressive growth in Chinese October exports and imports implies that the health of the world’s second-biggest economy is on the mend,” said in a conversation with The Globe and Mail.

“Saudi Arabia also reckons that the next few weeks will be tight, this is why its official selling price to Asia was increased by $1.40 a barrel” he added.