Pandemic Stimulus Checks: The Good, the Bad and the TBD 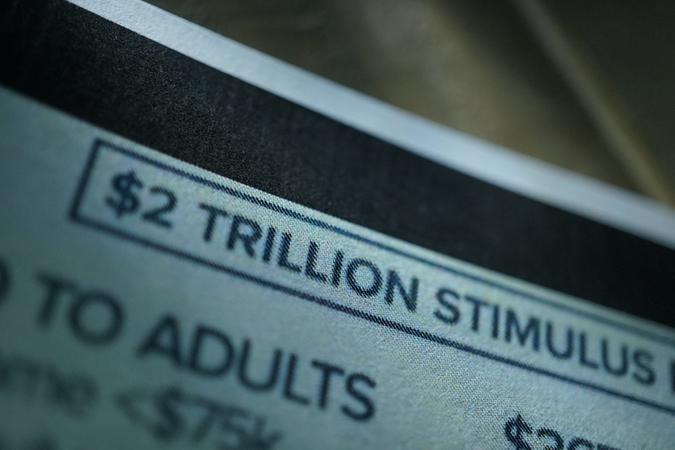 The onset of the coronavirus pandemic was fast and furious. The first recorded case outside of China was reported in mid-January 2020, and by the end of March, much of the world was under lockdown. With many workers staying at home and most businesses limited to online operations at best, the U.S. Congress passed the first of many stimulus packages to help slow the country’s economic deterioration.

SNAP 2022: Is My State Giving Out Extra EBT Food Stamp Money in June?
Find: 22 Side Gigs That Can Make You Richer Than a Full-Time Job

Ultimately, more than $5 trillion in stimulus funds flooded the American economy, including $817 billion in stimulus checks paid directly to Americans. While the general consensus is that a stimulus package was appropriate at the time, there have also been some negative ramifications of its size and scope. Here’s an overview of both the good and the bad that came from the pandemic stimulus checks.

The best effect of the pandemic stimulus checks is that they kept the U.S. economy out of a deep recession. In the early days of the pandemic, there was panic in the air. The unemployment rate spiked to 14.8% from January 2020 to March, the highest levels since recording began in 1948, and the Dow Jones Industrial Average fell by a whopping 37% in little over a month.

Without quick action, economic effects could have been disastrous. In the words of the San Francisco Federal Reserve, without stimulus “…the economy might have tipped into outright deflation and slower economic growth, the consequences of which would have been harder to manage.”

In a classic inflationary cycle, prices spike due to too much money chasing too few goods. While the pandemic-induced economic contraction helped stifle the supply chain, leading to “too few goods,” the flood of stimulus payments likely helped create “too much money.”

While hard to quantify exactly, an estimate by the Federal Reserve Bank of San Francisco suggested that by the end of 2021, as much as three percentage points had been added to the inflation rate due to the economic stimulus packages. And, as it currently stands, inflation is at 8.6% — a high mark since 1981 — with no telling where it goes from here.

Pro: Kept 11 Million out of Poverty

With unemployment rates skyrocketing and businesses shuttering around the country, a significant increase in American poverty seemed possible or even likely at the onset of the pandemic. But the stimulus payments not only prevented this from happening, they actually helped reduce the poverty rate.

According to data from the U.S. Census Bureau, 11.7 million people were moved out of poverty in 2020 thanks to the stimulus. The Department of Health and Human Services concurred, noting that “The most impactful programs for alleviating poverty were economic impact payments under the ARP (American Rescue Plan) and unemployment compensation.”

A further study by researchers at Columbia University’s Center on Poverty & Social Policy noted that while the poverty rate hit 16.3% at the end of 2020, when some pandemic stimulus programs ended, that rate had fallen to 9.3% by March 2021, when additional economic impact payments, child tax credits and tax refunds were issued.

Con: May Have Kept Millions out of the Workforce

Some feel that the size of the economic stimulus has had the unintended consequence of keeping millions of Americans out of the workforce. According to the St. Louis Fed, unfilled job openings more than doubled since Q2 2020, to a near-record 11 million.

A number of factors have contributed to this surge, including the reluctance of some to return to work while COVID-19 still exists and early retirement packages offered to older workers. However, the influx of economic impact payments, expanded child tax credits, extended unemployment benefits, the forgiveness of student loans and other forms of stimulus have no doubt slowed the return of some Americans to the workforce.

According to National Bureau of Economic Research data, about 60% of the initial stimulus checks were used to pay down debt or for savings. Data from the New York Fed’s monthly Survey of Consumer Expectations suggests that as much as 74% of the second and third stimulus checks were used for the same purposes. This had a two-fold beneficial effect of reducing consumer debt loads and increasing American savings balances.

In addition to reducing consumer credit card debt, American bank balances soared. And while credit card debt has come roaring back, as some Americans view the coronavirus as being in the rearview mirror, bank account levels remain higher than their pre-pandemic levels, according to both the Washington Post and the JPMorgan Chase Institute.

Con: The Government Took on Trillions in New Debt

To finance the estimated $5.3 trillion in total stimulus paid out during the pandemic, the U.S. had to issue massive amounts of new debt. In fact, since March 2020, the U.S. Treasury has borrowed about $6 trillion.

On the plus side, the three-month Treasury bill rate as recently as February 24, 2022 was just 0.4%, making for some extremely low-cost borrowing. But as the Fed has embarked on a mission to combat inflation with higher interest rates, those costs may skyrocket.

If the current and future presidential administrations can’t find a way to pay that debt down, it could act as a significant drag on the economy. Only time will tell.