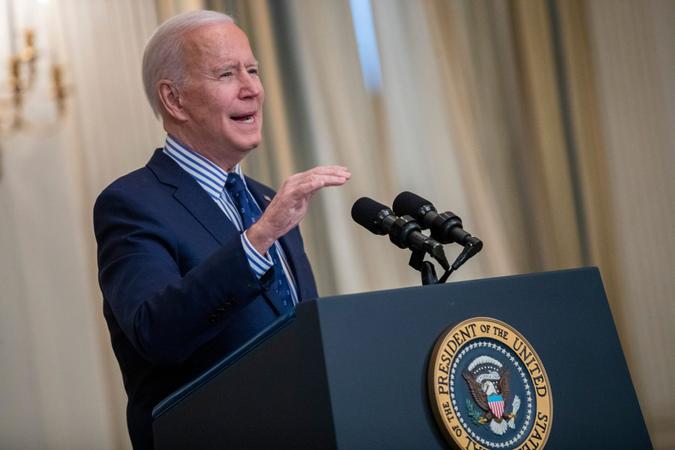 President Biden’s $1.9 trillion American Rescue Plan finally passed the Senate today after a marathon amendments session, known as a vote-o-rama, and several last-minute changes to the bill. The bill passed in a 50-49 vote, with no Republican voting in favor of the bill.

See: If You Get a Stimulus Check, How Will You Use It? Take Our Poll
Find: Those $1,400 Stimulus Checks Are Costing Taxpayers $15,000 Per Household

“The Senate has now passed President Biden’s American Rescue Plan to provide long-awaited relief to Americans suffering from the economic impacts of COVID-19 and to boost our capacity to save lives by ramping up the deployment of testing and vaccines. The help that so many of our people have been waiting for during months of Republican inaction is one step closer,” Hoyer said in a statement.

“On Tuesday, the House will consider the Senate’s amended version of the American Rescue Plan, so that we can send this bill to President Biden for his signature early next week. Democrats are delivering on our promise to take action to defeat this virus and provide the assistance the American people need until our economy can reopen safely and fully.”

Upon the passage of the bill, Oregon Sen. Jeff Merkley said, “Good news, America: Relief is finally on the way. The American Rescue Plan is going to put money in people’s pockets, vaccines in their arms, kids in classrooms, and open signs on Main Street businesses. And it’s not a moment too soon.”

Sen. Merkley added that “this past year will go down in our nation’s history books as one of our most difficult and frightening chapters…For too long, the American people have been waiting for the kind of bold, decisive action it’s going to take to beat back this virus, get Americans back on their feet, and safely re-open our schools. Today’s vote means that kind of relief is finally within sight — including stimulus checks; extended unemployment insurance for the 20 million Americans who are relying on the program and would otherwise lose it at the end of next week; resources local governments need to provide vital services; support for our frontline workers and Main Streets; resources to safely help get students back in the classroom; and a national strategy to make testing easier and vaccines distributed as quickly as possible.”

New Jersey Sen. Bob Menendez said in a statement today that while he was disappointed that not a single Republican colleague joined the Democrats in this effort, “make no mistake, their constituents will benefit greatly from the financial relief Democrats fought for in this bill. Our legislation puts another $1,400 in the pockets of working people, keeps the unemployed afloat, makes student debt relief tax-free, delivers historic tax relief to families with children, and helps millions of people avoid eviction and foreclosure,” he said.

See: Millions Are About to Get Slammed with a Surprise Tax Bill – Could a $10,200 Waiver Save the Day?
Find: Those $1,400 Stimulus Checks Are Costing Taxpayers $15,000 Per Household

The original plan called for $400-per-week unemployment insurance, but that payment will now be lowered to $300 and will be extended through Sept. 6 instead of through the end of August, The New York Times reports. In addition, the first $10,200 of unemployment benefits will not be taxed.

The bill also includes $1,400 direct-payment checks for Americans earning up to $75,000, according to The New York Times. Individuals earning more than $75,000 but less than $80,000 would receive smaller payments under the bill.

After the Senate passage, Biden followed up with remarks. “We’ve seen how hard this has been on Americans. This plan is putting us on the path of beating the virus. This plan is historic, taking it all together this plan will cut child poverty in half.” He thanked senators and Congresspeople, adding “but I really thank the American people for making this possible.” He continued to emphasize the bill’s significance, stating, “People want this, they believe they need it they believe it’s urgent. […] This democracy can still work. There are brighter days ahead. We are going to get there. We’re going to be the most successful economy in the world.”

In addition, the American Rescue Plan includes, among other things, an extended tax child credit, help for small businesses and funding for vaccinations and COVID response.

This story has been updated with remarks from President Biden.