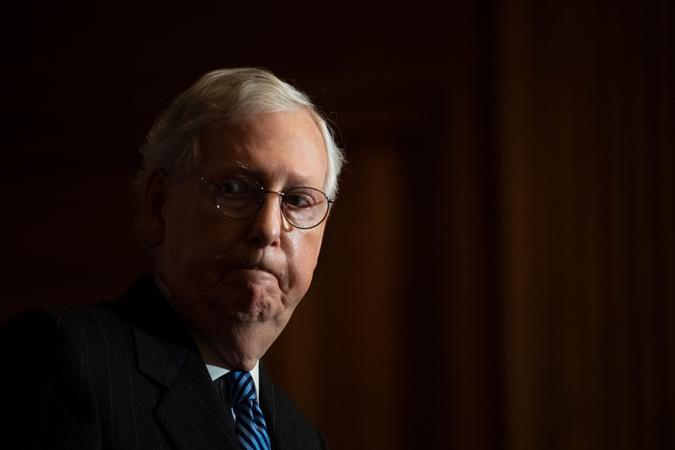 Sen. Roy Blunt said yesterday the $2 trillion infrastructure American Jobs plan unveiled by President Biden last week is a “big mistake” and should be slashed by a third of its cost.

See: Do You Think the Minimum Wage Should Be $15? Take Our Poll
Find: How the Biden Presidency Will Impact the Economy by the End of 2021

Biden’s $2 trillion American Jobs Plan, a sweeping infrastructure bill which, along with his Made in America corporate tax plan, “will be fully paid for within the next 15 years and reduce deficits in the years after,” he said last week.

“I think there’s an easy win here for the White House if they would take that win, which is make this an infrastructure package, which is about 30%. Even if you stretch the definition of infrastructure some, it’s about 30% of the $2.25 trillion they’re talking about spending,” Blunt said in a Fox interview yesterday.

“I think it’s a big mistake for the administration. They know I think it’s a mistake. And I also think it would be an easy victory if we go back and look at roads and bridges and ports and airports and maybe even underground water systems and broadband. You’d still be talking about less than 30% of this entire package,” he added.

It includes several infrastructure segments, including building “world class” transportation infrastructure;  rebuilding clean drinking water infrastructure, a renewed electric grid and high-speed broadband to all Americans; building and retrofitting homes, schools and commercial and government buildings; solidifying the infrastructure of the “care economy”; investing in R&D; revitalizing manufacturing; and training Americans for the jobs of the future, according to the plan’s details.

Senate Republican Leader Mitch McConnell voiced opposition to the plan in a statement, calling it “a major missed opportunity by the administration” and saying there would be no bipartisan support.

“Our nation could use a serious, targeted infrastructure plan. There would be bipartisan support for a smart proposal. Unfortunately, the latest liberal wish-list the White House has decided to label ‘infrastructure’ is a major missed opportunity by this Administration,” McConnell said in the statement.

“This plan is not about rebuilding America’s backbone. Less than 6% of this massive proposal goes to roads and bridges. It would spend more money just on electric cars than on America’s roads, bridges, ports, airports, and waterways combined,” he added.

Biden’s proposal also includes the Made in America Tax Plan, which would “fix the corporate tax code so that it incentivizes job creation and investment here in the United States, stops unfair and wasteful profit shifting to tax havens, and ensures that large corporations are paying their fair share.” Specifically, this would translate into setting the corporate tax rate at 28% and strengthening the global minimum tax for U.S. multinational corporations by increasing the minimum tax on U.S. corporations to 21% and calculating it on a country-by-country basis so it hits profits in tax havens.