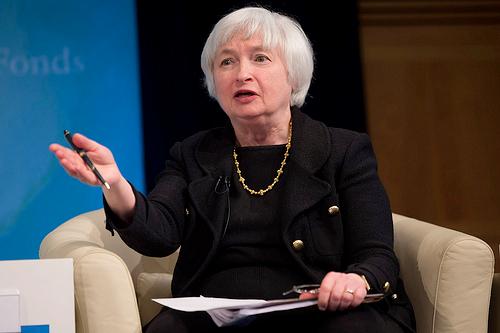 Treasury Secretary Janet Yellen said today that the $1.9 trillion American Rescue Plan, which passed in the Senate on Saturday, will benefit the economy, and she said she hoped the country and economy would be “back to full employment” next year, according to MSNBC.

See: If You Get a Stimulus Check, How Will You Use It? Take Our Poll
Find: GOBankingRates Survey Reveals How Americans Spent Their First Two Stimulus Checks

In an interview with MSNBC this morning, Yellen deemed the bill “a tremendously important package that will bring hundreds of millions of Americans the relief they need.” Yellen added that she anticipates that “our economy will be back to full employment, where we were before the pandemic, next year.”

See: Weekly Jobless Claims on the Rise Again, at 745,000
Find: Proposed Tax Breaks and Credits That Could Make the New Stimulus Bill a Welcome Relief

Upon the passage of the bill Saturday, Yellen tweeted that “the Senate took a critical step today.”

“With the economy down 9.5 million jobs since February 2020, it could be 2 years before the labor market simply reaches its pre-pandemic level. These high rates of job loss threaten the wellbeing of workers & their families,” she said in a tweet. “Such loss may create economic scars that last well beyond the end of the pandemic. This is why our country is in need of an ambitious relief bill to help Americans endure the final months of this crisis; to put food on the table, checks in the mail, & vaccine shots in the arm. With the Senate’s vote on the America[n] Rescue Plan, the bill is one step closer to passage. Once the plan is signed into law, I am confident that Americans will be met by a strong economy when we make it to the other side of the pandemic.”