Lumber Prices Have Surged – What Happened and When Will It End? 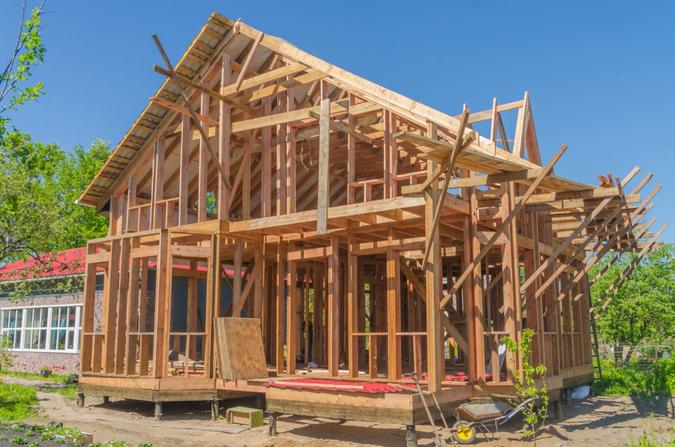 In just one year, the price of lumber has increased a whopping 377%. A boom in home renovations, combined with an increase in disposable income stemming from the coronavirus pandemic, caused prolonged shutdowns that contributed to the rise in prices for this crucial commodity. Rarely have prices risen so sharply for one of the most sought-after raw materials known to man nor has such an impact been seen on large swaths of economic consumption as lumber prices is causing.

See:Should You Update Homeowners Insurance Coverage as Prices of Lumber and Steel Skyrocket?
Find: What Should Americans Expect With Inflation in the Coming Months and Years?

So what has happened to cause the surge and why is there so much focus on it?

One of the reasons for the spike is the surge in home renovations and remodeling. During the pandemic, homeowners with cash and time on their hands decided to take on projects en masse, which had a significant effect on the price of lumber. Almost 60% of the lumber used in construction is for renovation or remodeling. That usage represents 70% of the demand for softwood lumber overall. This means you virtually cannot do anything to your home without it, which caused a tightening of supply and a corresponding increase in price.

In December of 2020, U.S. construction spending climbed to a record high of $1.490 trillion increasing by 1% in the month alone, according to Reuters. The figure was the highest level since the government started tracking the data in 2002. Lowe’s and Home Depot reported sales increases of over 20% in 2020 compared with 2019, as the home renovation market exploded. The two home improvement stores combined make up over 50% of the entire building materials market and since pre-existing homes outnumber new constructions 100 to 1, there ideally should have been enough supply to meet demand, reports Contruction Physics.

On top of extra cash, historically low mortgage rates allowed people to easily flee populated urban areas to spacious suburbs during the pandemic. It was there that either new homes were built or remodeled.

What was historic about this particular surge in construction was that no other boom has happened so fast, all at once or been so resource depleting. Many homeowners are having a hard time even finding the wood to take on the projects they would like to complete.

Several factors contributed to creating the perfect storm of the lumber shortage of 2020-2021. Like most industries, and especially commodities, supply-chain disruptions during the pandemic severely halted operations and stifled supply. Manufacturing plants that processed raw material to be sold as retail construction materials all but ceased to operate, and for the materials that did eventually make it through, other hold-ups were experienced at ports throughout the country. This created a web of issues for Americans waiting to receive their lumber for builds, including contributing to the price increase.

Discover: Home Renovations That Will Pay You Back

The lumber industry also had to deal with issues other commodities were not prone to — Mother Nature. According to Supply & Demand Chain Executive, many reports throughout the past year claim that climate change was a contributing factor to the rise in prices because of a spruce beetle that has flourished in North America due to warming climates. They report that the spruce beetle issue reduced the British Columbia Interior’s lumber product output by 40%; Canada is one of the main lumber exporters to the U.S.

This, coupled with the surge in demand, created a scarcity too great to maintain prices at normal levels.

See: Americans’ Confidence in Economy Slips for First Time in Six Months
Find: Home Upgrade Costs That Have Increased Due to COVID-19

According to data from the National Association of Home Builders, the increase in lumber prices makes for an estimated $24,000 difference in the cost of a newly constructed single-family home, Popular Mechanics reports. This in turn increased the price of homes — of which inventory was minimal – and then added to the price frenzy for home purchases over the past year. As prices increased, people scrambled to buy lumber to secure their projects. This contributed to a tightening in other markets, like appliances and cars, which rely on another commodity that’s in short supply – computer chips. Prices had nowhere to go but up for all the resources involved.

So what is a homeowner to do?

There are several options depending on the need that one can utilize in place of new lumber. Popular Mechanics suggests using reclaimed lumber from old projects or demolition sites and the breaking down of wooden pallets to get the materials you need. Until the market cools off, conserving wood is of course of the utmost importance. Some economists believe lumber prices will drop off by the end of 2022, so until then it’s either conserve or pay the hefty — and inflated — price tag.