Aaron Klein’s previous work experiences at the intersection of finance and technology led him to co-found Riskalyze, a data-based technology used by investment advisors to quantify their clients’ risk tolerance. As CEO, he has led the company to be named one of the World’s Top 10 Most Innovative Companies in Finance by Fast Company — twice — and Klein himself has been named as one of the industry’s Top 40 Under 40 Executives by Investment News.

Each week, GOBankingRates sets out to discover what makes the people behind top companies tick. We like to call this series “Best in Business” — and Klein really is one of the best. He told us the two important business lessons he learned from his father, why he believes having shared values is the key to a company’s success and ways that you can find (or build) your own dream job, too. Below, find our favorite moments from the story of how Klein launched his business.

I was talking with my friend Mike McDaniel, who was a financial advisor. I said to him, “It’s crazy how the average investor thinks about risk.” And he said to me, “If you think that’s crazy, you should see how us financial advisors think about it. We just don’t have the tools to understand how to align clients with their portfolios.” He helped co-found the company with me, and today is our chief investment officer. I was ready to build something new and do it the right way. It was exhilarating.

We started on day one with a three-day planning retreat to lay out our mission, our values and our game plan. But almost nothing about the game plan we built on that retreat survived! The only reason the company worked out is that we had a foundational mission that we all believed in — empowering the world to invest fearlessly — and core values that guided us to communicate openly, focus on doing a few things really well and be maniacal about delighting customers.

The hardest part was figuring out the right strategy to get our Risk Number technology into the marketplace. We tried a consumer strategy for validation, and we did a great job of validating the tech and the idea, but our monetization plan was dead wrong. With our backs to the wall, we rebuilt the product for advisors three years earlier than we planned on, and within six months, we had taken off like a rocket.

Tips: How I Avoid Burnout as an Entrepreneur

My first job was working for my dad at the age of 12. He obviously knew nothing about child labor laws or minimum wage laws! He taught me two really important things. One was that you must have a tremendous amount of grit and determination, and just keep walking through fire to build a business. The other was that customer relationships are everything. If you show your customers that they aren’t just a number to you, that you spend every minute of every day thinking about how to help them succeed, you’ll never lose them and they’ll spread the word for you. We have a small group of customers at Riskalyze we call our “Trailblazers,” and that program is modeled after what my dad taught me.

But Not Every Past Work Experience Was as Exemplary

I was in an organization that had a really dysfunctional, political, blame-based culture where there were a ton of things that “you can’t say here,” and everyone’s primary objective was making sure that they or their team didn’t get blamed when the company didn’t achieve its goals. That’s part of the reason we sat down and figured out our values on day one when we founded Riskalyze — because I never wanted to be in an organization like that again.

He Wants To Empower Everyone To ‘Invest Fearlessly’

About June 2013, I started to think we were going to make it as we crossed 100 advisors. Then we hit 2014 and grew nearly ten times that year. It almost killed us, but that was the moment I knew we were on the way to building a generational Fintech company. We’re not going to be satisfied until we’ve empowered the world to invest fearlessly. The 20,000-plus advisors we serve have delivered over 5 million Risk Numbers to their clients, but there are 7 billion people in the world, so we’ve still got a ways to go.

He Has This To Say To Aspiring Entrepreneurs

Click through to check out eight entrepreneurs who started with less than $15,000 and made millions. 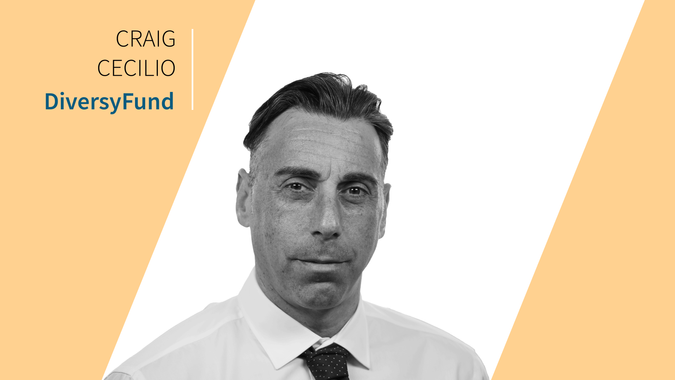