Are Finances To Blame for America’s Declining Birth Rate? 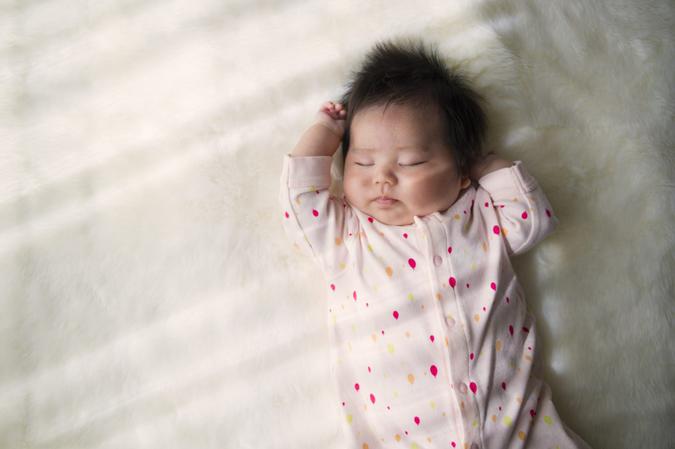 According to the latest data from the U.S. Census Bureau, the American population grew at the slowest rate since the 1930s during the last decade. And while there are numerous factors that could be contributing to a declining birth rate, it seems that finances are playing a role.

Did You Know: Here’s How Much You Need To Earn To Be ‘Rich’ in Every State
Read: 12 Expenses Successful People Don’t Waste Time or Money On

A recent survey of women age 18 to 51 without children conducted by the healthcare data management firm Harmony Healthcare IT found that among those that don’t plan to have children or aren’t sure if they want children, 44% cite financial reasons as the reason why. Among all of the women surveyed, 62% said the cost of raising a child is preventing them from starting a family.

The Complex Relationship Between Motherhood and Finances

Although it may seem that financially well-off women would be more likely to have children than those that are struggling financially, this isn’t always the case.

Related: Money-Saving Expert Says These Are the 4 Tips Every Mom Needs To Know
The Financially Savvy Female: What To Expect (Financially) When You’re Expecting

“There is a messy relationship between finances and childbirth,” said Fergus Hodgson, director at Econ Americas. “Poorer countries and communities tend to have higher birth rates. Further, higher-earning women face a higher opportunity cost of childbirth. In other words, successful women in prominent careers sacrifice more to have children than those in less lucrative areas.”

As Women Become More Career-Focused, They May Become Less Family-Focused

In addition, as women become more successful in their careers, they may choose to forgo marriage and childbearing altogether.

See: 5 Things To Consider Before Launching a Second-Act Career
Discover: 3 Alarming Ways Women Are Lagging Behind Men When It Comes to Their Finances

“What many of these women are likely saying, if one reads between the lines, is that they cannot find marriageable men — men with sufficient earning capacity to make the women want to marry and focus on home and family life,” Hodgson said. “This has been a long-term trend going back decades, as women have risen in economic independence and raised their expectations for being willing to be homemakers.”

Given that this is a long-term trend, Hodgson does not believe that the birth rate will continue to decline.

Read: How To Thrive as a Female Founder in a Male-Dominated World

“Since the origins of this trend date back to the 1960s and 1970s, with the ramifications now largely manifest, the reduced childbirth rates are likely to be flattening out and not deepening,” he said.

Many Women Don’t Have the Option To Leave the Workforce

While some women may actively choose to stay in the workforce, others simply can’t afford to take time off to have kids.

Find Out: How To Handle the Financial Pressure of Being the Sole Breadwinner
Check Out: 24 Tips To Change Your Career and Land Your Dream Job

“A recent report from the U.S. Department of Agriculture found that just the first year of a child’s life costs their parents $12,500, an expense that many young couples cannot afford,” said Liam Hunt, financial writer and analyst at SophisticatedInvestor.com. “Plus, the costs of child-rearing are inherently gender-biased. The emotional and physical labor of child-rearing often requires the mother to take significant time off of work. However, women now compose the majority of the U.S. workforce, and more households depend on dual-parent income than ever before. Given the financial responsibilities of child-raising, it’s simply economically unfeasible for households who cannot afford to [have a partner] withdraw from the workforce.”

“The ever-increasing costs of living, rising inflation and the unaffordability of child care services have made starting a family impractical for many and outright irresponsible for some,” Hunt said. “In the absence of affordable public child care and expanded maternity and paternity leave benefits, we’re likely to see couples postpone child-rearing until later in life.”