5 Best Cities for the Wealthy Upper Class, According To Experts 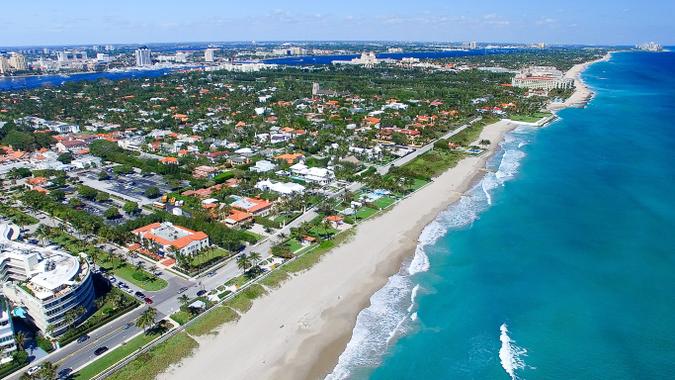 Have you officially “made it”? While there is no universal definition of this idea, a good indication is when you are less concerned about keeping costs low and more about preserving (and passing on) your wealth. Another sign is when your biggest concern is having high-quality schools and, overall, an exceptional quality of life.

Now, if we want to put real numbers on it, for example, the household income needed to be among San Francisco’s top 20% is $239,840. Less than 200 miles away in Fresno, the income you need is just $102,665. In other words, cities can vary widely, and selecting the right city is important if you want to maintain your wealth and continue your legacy.

Of course, there is also the luxury of living in a city most people simply cannot afford. Perhaps you want to feel like you are part of an elite group with access to exclusive clubs and other luxuries. Whatever your goal may be, these are some of the cities that will allow you to live like some of the nation’s wealthiest.

Sun Valley is a small town in Idaho. Its population is just over 1,000, but it is a ski resort town with beautiful mountain views. Just down the road from Sun Valley, you’ll find Ketchum, a slightly larger city with a quaint downtown.

Real estate expert John Maxim recommended Sun Valley as a city where real estate values are exploding while income taxes remain low. Home values in Sun Valley are already quite high, though, with the median home price approaching $900,000. Several wealthy people have already bought up homes in the area.

Located about 70 miles north of Miami via I-95, West Palm Beach has long been a popular choice for the upper class. After all, there is no income tax in West Palm, and the overall cost of living is relatively affordable. For example, the median home price is around $300,000.

Of course, people also like the palm trees and the easy access to water. Maxim also called West Palm Beach out as a city where property values should rise in the coming years.

Learn: Here’s How Much You Need To Earn To Be ‘Rich’ in Every State

Bloomfield Hills is a suburb of Detroit with just over 4,000 people. While this may seem like an unlikely destination for the wealthy upper class, Philip Kranefuss, head of real estate at Homie Colorado, calls it “one of the epicenters of wealth in America.” He notes that over 30% of the population there has a net worth of over $1 million.

“Because of the concentration of prosperity and influence,” he said, “Bloomfield Hills is characterized by beautiful homes and neighborhoods, excellent public and private schools, museums and culture elite country clubs, and a raft of other amenities and opportunities that cater to the very wealthy, along with the exclusive social and networking opportunities present in such an enclave.”

“San Jose, Sunnyvale and Santa Clara are known for being a location to some of the world’s largest technology companies,” Solomon said. “This metro region has by far the largest average home value of any city on the list, and it displays no signs of slowing down. As per Zillow data, home prices are up 11.5 percent year over year and are expected to rise by 7.5 percent in the coming year.”

Also See: The Upper Class Has Taken Over These 15 Cities

Honolulu is another city where the wealthy upper class can certainly find themselves at home.

Of course, the island state has easy access to water wherever you go, and it is almost always warm there. However, Solomon notes, “Since everything must travel by boat or plane, almost everything in Honolulu is more costly than it should be on the mainland.”

That makes it a better place for the upper class than for anyone else.

“On the other hand, Honolulu is frequently ranked among the finest locations to live in the United States, thanks to a variety of appealing attributes such as ample outdoor activities, diverse entertainment options, and even good air quality,” Solomon said.