Charity Scams: Check out These Tips From the FBI Before You Donate 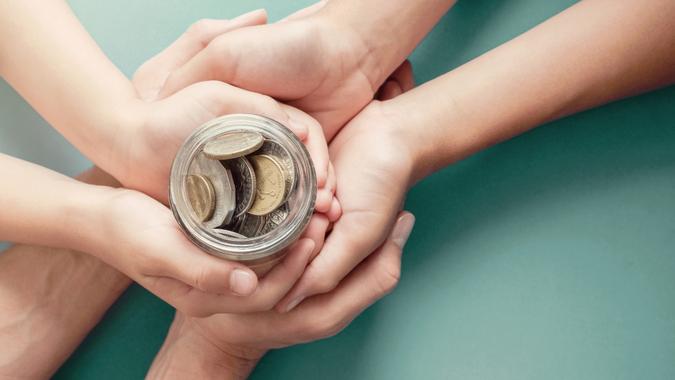 The war in Ukraine and subsequent exodus of refugees to other countries has created a humanitarian crisis, leading many people to donate money to charities that support the refugees. If you want to donate to these — or other — charities, it’s important to make sure the charity is legitimate.

See: Elon Musk Gives $6 Billion to Charity in Historic Philanthropic Donation
Find: US Considers Ban on Russian Oil: What Does That Mean for the Stock Market?

The Better Business Bureau’s Give.org website recently posted a blog cautioning donors “to avoid questionable appeals” for money that could turn out to be either scams or causes that are ineffective in actually helping people. Many scammers create fake donation websites or make fraudulent pleas for help to separate you from your money.

Before donating, vet the charity first to make sure it’s not a scam. A few places to find information on charities are Give.org, CharityNavigator, CharityWatch and GuideStar, the AARP reported.

The FBI also offers suggestions on how to avoid charity scams. Here are four of them:

You can also verify a charity’s trustworthiness by viewing an evaluative report completed by the BBB Wise Giving Alliance.

Learn: Global Food Prices Reach All-Time High in February, Spurred in Part by Russia-Ukraine War
Explore: Airbnb Waiving Fees for Rentals Booked To Support Ukraine, but Are There Risks To Donating This Way?

Also, be on the lookout for groups that claim to spend 100% of their money on relief, because that’s all but impossible. As the AARP notes, charities have fundraising and administrative expenses that need to be paid for out of your donation, and charities that claim otherwise are probably misleading you.