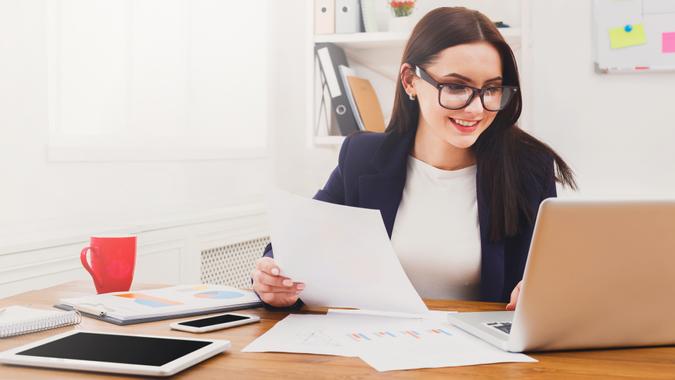 The study showed that, in the past year, 80% of young adult members of Gen Z, a generation that spans people born from 1997 to 2012, have taken positive financial actions. These actions included:

Many of these positive actions stemmed from a willingness to talk to others about finances and to seek out tools and resources to help. The study showed that 40% were never offered a financial education course in school and 39% say they were self-taught. Seventy-five percent of respondents said they also learned about money at home from their family, which may have given them a jumpstart compared to the generations before them. As a result, 68% remain optimistic about their financial future coming out of the pandemic, testament to their resiliency and willingness to study what they don’t know.

“Our study shows that Gen Z is a highly motivated generation of self-starters — they are breaking down barriers by speaking freely about finances, and they are actively seeking out financial education that many were without access to in their schools and communities,” said Christine Channels, Head of Community Banking and Client Protection at Bank of America.

“It’s encouraging to see the Gen Z generation so open to discussing finances,” she continued. “We found that Gen Z seeks out financial role models at far higher rates than older generations and are most likely to talk openly about money with family, friends and colleagues.”

In spite of this optimistic outlook and positive steps toward a better financial future on behalf of Gen Z, a gender investing gap still exists, the study found.

“The gender investing gap refers to the disparity between how much women typically invest compared to their male counterparts,” Channels said. “Our Better Money Habits survey found that older Gen Z women are less likely to feel knowledgeable about investing and to have invested in the market over the last year, compared to Gen Z men. Investing is an important way to build financial security as it provides a path to growing wealth that income alone cannot. It can – and should – be a powerful tool for women.”

Gen Z Seeks Financial Education Wherever They Can Find It

Although Gen Z, like the generations before, didn’t learn much about money in school. However, they have more tools available today than prior generations did. Combined with their willingness to break down taboos related to discussing finances, these tools could put Gen Z in a much better financial situation years down the road than their parents.

Channels pointed out, “Learning about finances at home or within your community is a great place to start to build foundational knowledge. Open, honest discussion about finances — and working money into day-to-day conversation — can be critical to building knowledge early, building positive habits, and building a strong financial foundation for the future.”

She highlighted some of the key areas Gen Z, and, in fact, every demographic, should focus on to build wealth, including budgeting and saving, homeownership, reducing debt, building credit, borrowing and investing.

See: Gen Xers Share Their Biggest Money Regrets for Gen Z To Learn From
Find: Collaborative Investing and How It Could Improve Gen Z’s Wealth

“Free financial education resources, such as our Better Money Habits platform, are valuable ways to access digestible advice and guidance on critical financial topics as well as roadmaps for taking action – no matter where you are in your financial journey,” Channels concluded.