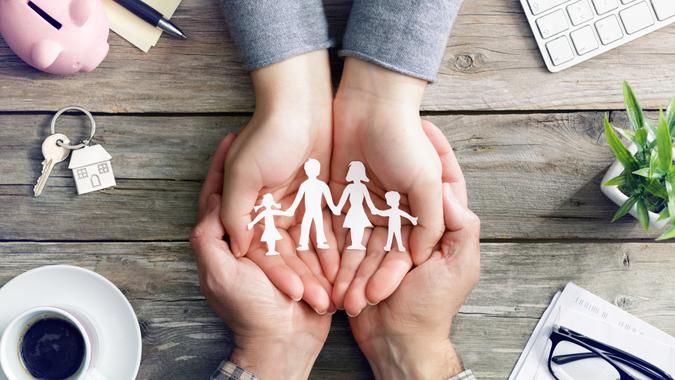 Gen Zers and millennials are getting some financial support from their parents in various ways, from moving back home or getting help paying the bills, according to a new survey.

See: Millennials and Gen Z Want To Retire by 60 — One Expert Points Out Major Obstacles to Their Plans
Find: Baby Boomers Share Their Biggest Money Regrets for Gen Z To Learn From

The survey, by MagnifyMoney, finds that 22% of adults receive financial support from their parents.

While not everyone still receives money help from mom or dad, 56% of Americans say their parents helped them financially at some point during adulthood, such as paying for college (24%), living at home rent-free (22%) and buying a car (16%), according to the survey.

As for parents, 55% of them with adult children say they provide financial support to their kids at least occasionally. This is least common (46%) among baby boomers — ages 56 to 75 — the majority of whom also report not receiving financial help from their parents in adulthood, the survey notes.

In addition, the highest earners have access to even more money, as those with six-figure incomes are most likely to expect an inheritance, with 56%, or a trust fund, with 24%. As for the average across all income levels, 41% of Americans expect to receive an inheritance and 13% a trust fund.

Victor Chatelain, Financial Associate at Arch Global Advisors, told GOBankingRates that the survey highlights how people with financial support from their parents tend to be able to save more of their own money for the future.

“It calls attention to some of the socioeconomic differences to wealth between GenZ, Millennials and Gen X. Between the trust funds, inheritances, and financial support, there is a sizable portion of the population who have a better chance at financial independence than others,” he says. “I definitely sympathize with those who had to work for their own financial independence, who don’t necessarily have the safety net of financially stable parents. I think it is interesting that there is a shift in mentality with parents helping their Gen Z or millennial children now, in order to instill the idea of financial independence and passing it down to the next generation.”

See: From Gen Z to Boomers: A Generational Guide to Social Security
Find: The US Middle Class Is Changing — What Are the Biggest Obstacles It’s Facing?

The survey finds that, on the other hand, 21% of Americans are currently providing financial support to their parents. This is most common among Gen Zers at 37%, though it’s worth noting some are helping with housing costs and may still be living at home.