What Is the Highest Income for Medicaid in 2022? 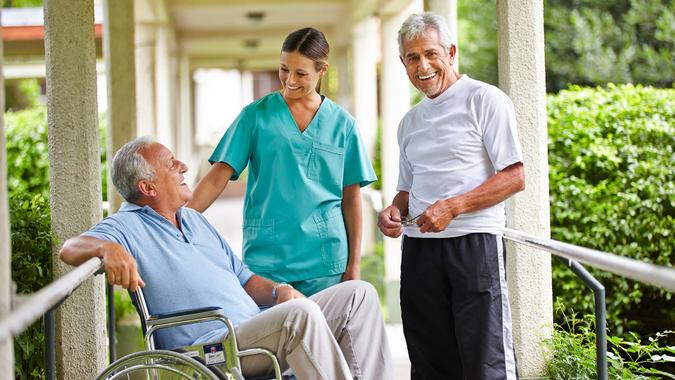 While the U.S. does not have a robust national healthcare system the way many developed countries do, it does have several programs that can help certain groups cover their healthcare costs. More than 80 million are enrolled in Medicaid in the U.S., and nearly 90 million are enrolled in both Medicaid and Children’s Health Insurance Programs (CHIP).

Retirement at Any Age: Get Retirement Tips That Fit Every Stage of Life
Learn: What Is the Average Social Security Benefit at Age 62?

However, not everyone is eligible for Medicaid. Consider the difference between Medicare and Medicaid. Medicare can cover anyone over 65 plus younger disabled patients and dialysis patients. Meanwhile, Medicaid is an assistance program for low-income patients.

Because Medicaid is meant for low-income patients, income limits apply. Income limits are set as a percentage of the federal poverty level (FPL). But states also can set their own limits and decide whether to cover other services. Other factors also matter, such as family size and services received. As a result, there are several different income thresholds for Medicaid nationally.

Income Limit in Most States

Most states — 38 and Washington, D.C. — have the same income limit of $2,523 per month for a single person for most types of Medicaid services. For a married couple, the limit increases to $5,046 in most cases. This income limit generally applies to people staying at nursing homes or receiving community-based services.

There are many exceptions, however. For example, while this limit applies to Alabama, it drops to just $861 per month for Medicaid for the elderly and disabled.

There are many exceptions like those we have covered here. The $2,523/$5,046 figures mentioned are generally the most common nationally.

While the difference is slight, Idaho is the only state with a higher income limit for this type of service. Several states — such as Illinois, Massachusetts and Minnesota — have lower limits.

States With No Income Limits

There are a handful of states that have no set income limits for certain Medicaid services. These include California, Hawaii, Kansas, North Dakota and Utah. However, the rules in these states may not be as generous as they initially sound.

Even though they don’t set hard income limits, in many cases there are still restrictions. For example, in Kansas, any income over $62 must go toward paying for one’s cost of care in order to qualify for Medicaid. And in several other states with no income limits, these double-digit caveats also apply.

Income vs. Cost of Care

In some states, income limits are set according to the care received. Depending on the state, income cannot exceed the cost of care, or it must be less than or equal to the cost of care.

It is difficult to say what the highest income for Medicaid is in 2022 because there are so many variables. The most common limits are $2,523 for a single person or $5,046 for a married couple. However, there are many scenarios in which the limits may vary. Check with your state to find the most accurate information.