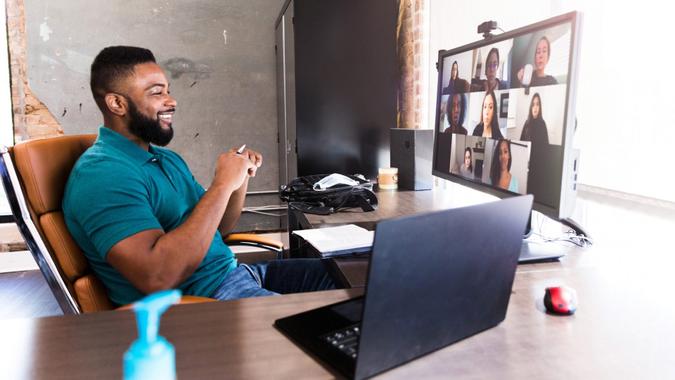 By 2027, according to Statista, 86.5 million people in the U.S. will be earning a living as a freelancer, making up more than half of the U.S. workforce. The pandemic saw tremendous growth in freelance careers, with 59 million people participating in the gig economy in 2020 as compared to 53 million in 2014, according to a recent report from Tooltester.com.

With delivery jobs for companies like UberEats and GrubHub — not to mention work-from-home opportunities doing ecommerce customer service, freelance writing, marketing, web design and more — growing in demand, workers had plenty of opportunities to pursue a freelance path.

With the ability to work from anywhere being one of the primary attractions of gig work, what are the best places to live if you want to be a freelancer?

Tooltester.com delved into this very topic to uncover some of the best cities for freelancing — based on factors like income tax rates and the cost of WiFi service. If you’re looking to relocate as a freelancer, you’ll also want to consider the cost of living in the area, including housing prices, and (if you plan to work in delivery or for a rideshare service) the cost of things like vehicle registration and insurance.

Here are some of the best places to live that combine freelance opportunities with relatively low costs.

Tooltester.com ranked Dallas, Texas, as the No. 1 spot for freelancers. The average cost for WiFi falls under $100 ($92/month). The overall cost of living in Dallas is just marginally higher than the U.S. average, according to BestPlaces.net. The cost of health care is also lower than the national average, which can be beneficial for freelancers who struggle with insurance coverage costs.

The cost of home prices in Dallas are approaching the national average, with a lack of inventory exacerbating the problem. However, Texas has no state sales tax, which can make it easy to build your freelance business in Dallas. The city is a tech industry hub, which can provide plenty of opportunities to build local relationships with clients if you are entering a field like web design or online marketing. If you want to work a service-based gig, you’ll find a large consumer base in Dallas’ 1.3 million residents.

Like Texas, Florida has no state income tax, which makes it very freelance-friendly. Jacksonville comes out on top in other ways, as well. The overall cost of living is roughly 6% less than the national average, while the median home price is just $231,800. You may be able to secure Xfinity WiFi for as little as $25 per month, based on quotes from Broadbandnow.com.

Keep in mind, if you’re seeking gig work in Jacksonville, you may be competing with college students from Jacksonville University. However, if you can differentiate yourself with better availability, especially during school breaks, you can build a thriving business in virtually any freelance field.

Of the top three cities for freelancers which made the list, Memphis has the lowest cost of living. Tooltester quoted internet prices at just $78.17 monthly, but where Memphis really shines is in its overall low cost of living — ranked 29% less expensive than the U.S. national average. Homeowners will save with the median home cost at just $123,800, which is 135% lower than the national average of $291,700 as quoted by BestPlaces.net. Tennessee also has no state income tax and, as of 2021, also does not levy taxes on interest and dividend income, according to StateAsset.com.

The Worst Places to Freelance in The U.S.

As far as enumerating the worst places for freelance work, it’s hard to pinpoint specific cities. Most highly populated U.S. cities will have relatively affordable and fast internet, as well as easy access to shipping services like UPS and the post office.

You may want to avoid rural areas where you can’t get high-speed internet or will have to pay more money for satellite internet service or the new Starlink high-speed internet. The service runs $110 per month plus an initial equipment fee of $599, according to multiple reports. However, rural areas can offer substantially lower housing costs (whether mortgage or rent) to offset this cost, particularly if your freelance work is entirely capable of being conducted remotely. Some freelancers may also prefer a rural lifestyle over an urban one.

If you’re involved in making and selling crafts, jewelry, art or other items, you’ll want to live in a region with easy access to a post office. You may also want to investigate urban and suburban areas that often host craft fairs and other events.

See: POLL: Do You Think People Should Invest In Crypto?
Find: Top Jobs and Industries for Freelancers in 2022

If you plan to enter a field like delivery, rideshare, or pet-sitting, similarly, a populated area is likely best in terms of building a large customer base.